Iraq seeks other nations’ help to build a nuclear reactor 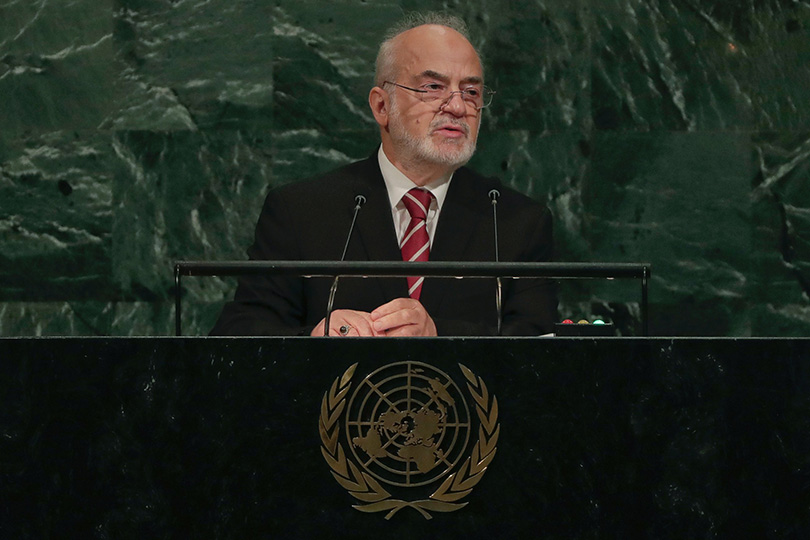 Iraq’s foreign minister is asking nuclear countries for help building an atomic reactor for peaceful purposes, saying the country has a right to use atomic power peacefully.

Ibrahim al-Jaafari made the request in his speech Saturday to the U.N. General Assembly’s annual meeting of presidents, prime ministers and monarchs. He called for assistance “to build a nuclear reactor for peaceful purposes in Iraq, to acquire this nuclear technology.”

Former Iraqi strongman Saddam Hussein’s previous efforts to build a nuclear reactor were met with an Israeli airstrike in 1981 and years of suspicion about his nuclear intentions. The U.S cited concerns that Saddam had weapons of mass destruction as the basis for invading Iraq in 2003, but none were ever found.

Non-nuclear nations that signed it agreed to not pursue atomic weapons. In exchange, the five original nuclear powers — the U.S., Russia, Britain, France and China — promised to move toward nuclear disarmament and to guarantee non-nuclear states access to peaceful nuclear technology for producing power.

It wasn’t immediately clear how other nations would greet the request from oil-rich Iraq, which is emerging from a bloody, chaotic period after Islamic State extremists seized swaths of the country in 2014. They created a regime of atrocities, including mass killings, beheadings and rapes.

U.S.-backed Iraqi forces have now driven IS from most of the Iraqi territory it took, although the group still controls some pockets, as well as territory in Syria.

Al-Jaafari emphasized the improving situation in the country and asked for the international community’s help in rebuilding areas reclaimed from the militants.

“We give great importance to freeing our society from the culture of hatred and murder that was disseminated by (IS),” he said. “In order to counter these practices, we need the assistance of the international community to provide services.”

Kurds are an ethnic group with populations in Iraq, Syria, Iran and Turkey, and they have an autonomous region in northern Iraq. They have long aspired to statehood, and the referendum could be a significant step.

The central government views the vote as unconstitutional and divisive. Iraq’s top court has temporarily suspended the vote, and the country’s parliament has also voted to reject it. Iraqi Prime Minister Haider al-Abadi has even said he’s prepared to intervene militarily if the vote leads to violence.

Kurdish officials have continued to say the vote will be held nonetheless.

The U.N. Security Council expressed concern Thursday about that the vote, saying it could be destabilizing. The council instead urged dialogue between the Kurds and the central government.