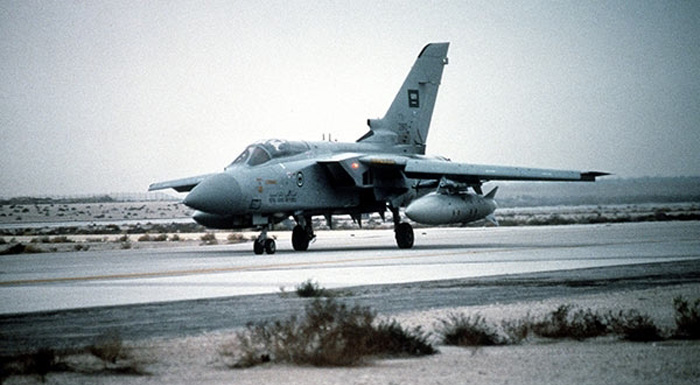 Saudi Arabia on Sunday launched military exercises it claims will be the biggest the region has ever seen, according to state media.

Twenty-one nations are taking part in the month-long drills dubbed “North Thunder”, the Saudi Press Agency (SPA) reported, although details of the exercises have not been made public.

Among the nations taking part in the drills are neighbours UAE, Jordan and Bahrain, as well as smaller countries including the Comoros Islands, Djibouti and Mauritius.

The drills are taking place as Turkey and Saudi Arabia also conduct joint air defence exercises which began on Monday in Turkey"s Konya region, according to the Turkish military.

The air defence drills were scheduled in advance, but come just two days after Turkish Foreign Minister Mevlut Cavusoglu announced that Saudi jets would be based at Turkey"s air base of Incirlik in Adana province to fight Islamic State (IS) militants.

He also said that Turkey and Saudi could even launch a ground operation in Syria against IS, while emphasising no decision had been taken.

The Turkish-Saudi air drills will run through Friday.

The drills for "North Thunder" are taking place in King Khalid Military City in the kingdom’s Northern Province. They will finish on 10 March.

SPA said North Thunder is the “largest and most important military manoeuvre in the history of the region” and will see the use of an array of sophisticated military hardware.

“The North Thunder drills represent a clear message that the Kingdom of Saudi Arabia and its brothers and friends of participating countries stand united to confront all challenges and maintain peace and stability in the region,” SPA reported.

An official Twitter account has been set up to report details of North Thunder. Videos have been posted showing the aim of the drills are to project an image of military might.

The military exercises take place months after Saudi Arabia announced the formation of a 34-nation anti-terrorist coalition. Foreign Minister Adel al-Jubeir said the coalition was formed to “push back and confront the terrorists and those who promote their violent ideologies”.

Saudi Arabia is currently fighting a war on its southern border in Yemen, where it is attempting to push back perceived Iran-backed Houthi rebels and reinstall the authority of President Abd Rabbuh Mansour Hadi’s government.

Riyadh has also signalled that the kingdom is prepared to send ground troops into Syria, and has sent aircraft to a Turkish airbase in preparation to expand their involvement in the Syrian civil war.

Saudi Arabia has heavily backed rebels attempting to overthrow Syrian President Bashar al-Assad, and Foreign Minister Jubeir has said if a political process does not remove Assad then force will have to be used.