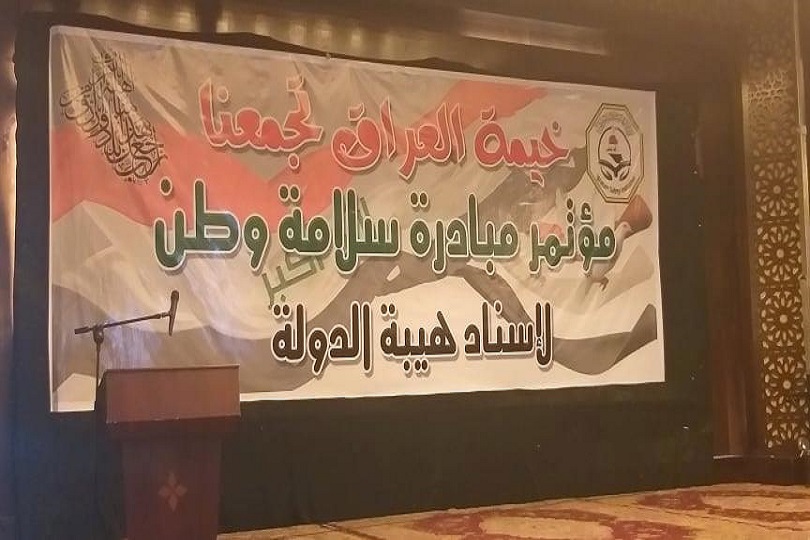 Annabaa Organization participated in the conference

In the current political actions in Iraq which accelerated rapidly after the newly appointed prime minister failed to form a new government. The designated prime minister stepped down after failing to handle strong pressure from the political parties in the Iraqi Parliament on one hand, the huge nation's protest, which demanded corruption elimination, provide services and the appointment of an independent prime minister, on the other.

The dark path of Iraq ruling policy was the center of the conference's discussion which was held in Baghdad entitled "Homeland Safety". Annabaa Organization participated in the conference along with political and religious figures.

The conference pointed out to follow the instructions of the Grand authority, to ensure freedom of expression, to fulfill protesters legal demands and to preserve the law.

The attendants called for fundamental changes to the constitution such as forming a state of citizen instead of the state of sectarian quotas, including the martyrs of the October revolution in the law Martyrs Institution, referring the corrupt to the judiciary along with judicial independence and finally referring those deliberately killed the protesters to the judiciary.

Annabaa for media and culture took an important part in the sessions' discussions of the conference concerning the mechanism of the early elections which is expected to take place after forming the next government. Dr. Suzan, the delegate of Annabaa organization, called for forming a specialized electoral committee under a real supervision of the united nations to work with integrity and transparency, in addition to obliging the parliament to amend the law of election maintaining a fair representation for all society's sects. And finally shedding the light on not using the state's fund for the account of some political parties in the elections.