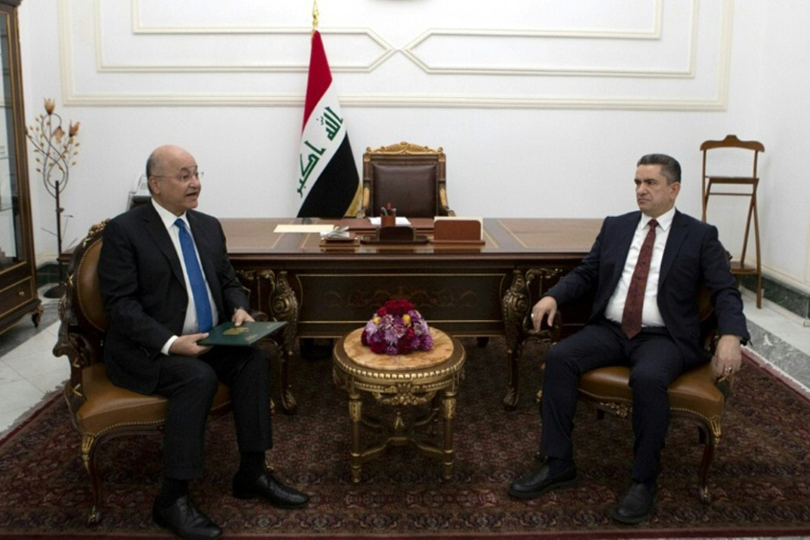 Iraq's president on Tuesday appointed the former Najaf governor under the US occupation to form a new government, as the country struggles to cope with both a political and healthcare crisis.

Pictures obtained by the NAS news site showed President Barham Salih holding a meeting to appoint Adnan al-Zurfi, 54, the latest prime minister-designate after the previous appointee was unable to put together a government.

The role is a potential poisoned chalice, as the country has been gripped by both a months-long mass protest movement, increasing attacks on US forces in the country by militias, and now a potential health disaster as a result of the coronavirus pandemic.

Zurfi, like his predecessors, is very much a part of Iraq's political class - a former member of the influential Islamic Dawa Party, he later became an independent and was appointed governor of Najaf in 2004 by Paul Bremer, then leader of the US occupation Coalition Provisional Authority (CPA).

A press release by the CPA in 2004 described Zurfi as a "sports hero in his youth," who was forced into exile after taking part in the 1991 uprising against then president Saddam Hussein.

It said he was a "committed and courageous supporter of democracy and law and order".

He will have 30 days to form a cabinet, which will be put to a vote of confidence in Iraq's parliament.

A government source told AFP that the political factions had been seeking a "non-confrontational" figure to preserve the status quo, with a variety of names discussed.

However, Zurfi's appointment was greeted with disapproval by the pro-Iran Fatah Coalition, the second-largest parliamentary grouping, who described it as a "provocative" move by Salih.

Another Fatah lawmaker, Hassan Salim, said he was "an American joker."

He was also rejected by the Iran-backed As'aib Ahl al-Haq militia.

“We said it previously and say it today. No-one will pass a prime minister contrary to the will of the people," said spokesperson Jawad al-Talibawi in a statement.

However, his appointment was welcomed by the United Nations special representative for Iraq.

"We welcome the appointment of a candidate for prime minister to form the government, in the face of unprecedented security, political, economic and health crises," said Jeanine Hennis-Plasschaert, in a statement.

A new government faces daunting tasks, not least tackling the spread of coronavirus in a country with a weak economy and health infrastructure.

Iraq's civil aviation authority said on Monday that Iraq had suspended flights at its domestic airports from 17 March to 24 March as the coronavirus spreads, while on Sunday Iraq suspended all flights to and from Baghdad international airport over the same period.

On Tuesday, the Karbala Health Department reported three new cases of coronavirus in the province.