Syria: Will the Great Middle Eastern War Begin in the Levant? 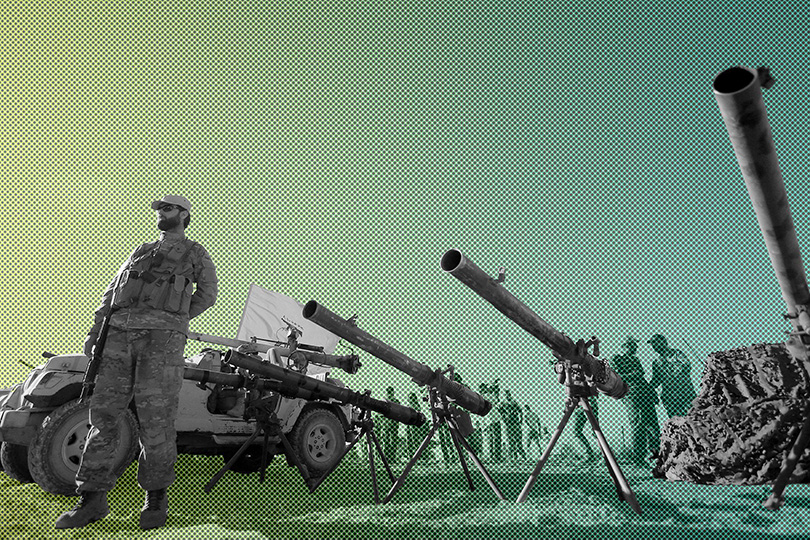 The world is in turmoil. 2020 has already brought major multiple crises, with the Iranian-American clash in Iraq which followed the US assassination of Major General Qassem Soleimani, and the COVID-19 health pandemic and economic disaster that struck all continents and stole the lives of over 400 thousand people around the world, costing tens of millions of jobs. None of this, however, prevented America from imposing even more sanctions on Iran, Syria and Venezuela. Iran – already under maximum sanctions since 1979 – sent five tankers to Venezuela to break the embargo on components and spare parts much needed to process the low octane Venezuelan oil. In parallel with America’s implosion due to domestic protests caused by deep-rooted racism and injustice, in the Middle East other fronts are taking shape in the shadows, to prevent war or to trigger a wider military confrontation.

A likely front is the Levant, where preparations are being made to confront Israel and end its continued violations of Syria’s sovereignty and bombardment of hundreds of targets in Syria throughout the years of the war. This particular issue may bring the Middle East into an all-out war; one mistake could turn fatal and drag the region into an all-out clash in which Syria will not be alone.

It is well known that Israel possesses enormous firepower and strong armed forces for land, sea, and air combat, and is better equipped than any other army in the Middle East. It is also known that Israel’s main enemy and nightmare, the Lebanese Hezbollah, possesses sophisticated weapons, armed drones, and land attack long-range all-weather subsonic cruise missiles. Hezbollah also has long-range strategic anti-ship missiles, anti-tank laser-guided missiles, anti-air low and medium altitude missiles, and precision missiles. These are pointed at precise targets over all the Palestinian geography controlled by Israel, including ports, airports, military barracks, infrastructure, ships, oil-rigs and flying helicopters or jets at medium altitude. Thousands of Hezbollah’s Special Operation Forces, al-Ridwan, never lost a battle since their first engagement in Syria.

Israel has never ceased acquiring the most modern military hardware but it has failed to develop its fighting spirit. It has no newly acquired military experience on the battlefield, because the last battle it fought dates back to 2006, which was considered the second war on Lebanon (after the first invasion of 1982) which resulted in failure on many levels. Meanwhile Israel’s enemy, Hezbollah, developed and strengthened its fighting spirit following its participation for many continuous years in a very wide geographical military theatre estimated to be almost 12 times bigger than Lebanon and 60 times wider than the area of combat in which it confronted Israel in the south of Lebanon and the Bekaa Valley.

Hezbollah fought alongside classic (Syrian, Russian, and Iraqi) armies, gaining battlefield experience against armed groups trained and armed by the CIA and other jihadists affiliated with Al Qaeda and ISIS and possessing highly developed combat skills (combined with classical and guerrilla skills) and high spiritual motivation, far more motivated than the Israeli soldiers. These jihadists fought against the American army throughout its occupation of Iraq and Syria and completed their journey fighting against the Iraqi and Syrian armies and against various organisations, which gave them significant combat experience, an aspiration for martyrdom and advanced guerrilla fighting tactics.

However, their defeat by Syria and its Russian and Iranian allies dashed Israel’s hopes, as expressed by defence minister, Moshe Ya’alon, who said that he preferred “the presence of ISIS on Israel’s borders, not Iran and its allies.” Israel attacked Syrian planes, artillery and intelligence capabilities in support of the jihadists, especially in the Quneitra areas where the Khaled bin Walid army that pledged allegiance to ISIS was deployed, and in areas favourable to al-Nusra – al-Qaeda in Daraa and other southern regions.

However, Israel was not satisfied with these attacks. Israeli jets went on to strike Syria in depth in Damascus, Homs, Hama, Al-Qaim, the desert of the Badia, and any area where there are military warehouses and missiles that Iran supplied to Syria in order to support the Syrian army and rearm it with precision missiles.

Israel was able to hit and destroy a large number of these stores. This prompted Iran to change its armament storage policy for the Syrian army. Syria has built strategic warehouses in the mountains and underground in silos, waiting for the appropriate moment to impose a balance of deterrence – in response to hundreds of Israeli raids – a moment that has not yet come. The Syrian priority is still liberation of its still occupied territories, mainly in Afrin, Idlib and surroundings, without excluding the US-occupied oil and gas fields in the north-east of Syria.

However, Iran no longer wants to accept Israeli strikes on its warehouses without any response. Iranian advisers (a few hundred) are not free to respond to these attacks because the decision is in the hands of the Syrian President Bashar al-Assad. Assad and his allies are aware that any Iranian response from Syria would most likely drag the US into the battle to support its ally Israel and have an impact in the forthcoming US elections in favour of President Trump. Trump, who suffers from countless problems in managing his foreign and domestic affairs, is far from assured of regaining his seat in the White House for another four-year term.

Hence, Iran has decided – according to private sources – to evacuate the sites of the gatherings of its advisers, not for withdrawal or for redeployment but to find bases within the Syrian Army barracks. Hezbollah has taken over the vacated Iranian buildings. Russia has been informed of the change so that the information would reach Israel, which is coordinating with Moscow and its base in Syria (Hmeimim military airport base, north-western Syria) every time Tel Aviv sends its planes to Syria to hit certain targets. It was agreed between Israel and Russia that Moscow and Hmeimim would be informed of the details of any strike hours before it occurred to avoid accidents, especially after Russia accused Israel of deliberately taking cover behind its planes to mislead the Syrian air defences, downing the Ilyushin-20 and killing 15 Russian officers in September 2018. Russia, in turn, informs the Syrian army and its allies of coming Israeli strikes. Moscow refuses to be involved in the Iran-Syria-Israel conflict. Russia has strategic interests with all belligerents and is not a party to the “axis of resistance”.

Russia has informed Israeli leaders of this move by Iranian advisers and their presence among the Syrian army units. Russia warned Israel not to strike the Syrian army under any circumstance and informed them that the Iranian bases have been handed over to Hezbollah.

It seems obvious that Hezbollah wants to relieve Syria and Iran from the responsibility for a response. Israel is aware that any attack against Hezbollah’s men in Lebanon or Syria would lead to a direct response along the Lebanese borders and inside Palestine. This means that Israel must think carefully before bombing any Hezbollah objective because retaliation will certainly follow, preventing a US-Israeli response against Syria. Hezbollah is offering a new “Rule of Engagement” in Syria which cripples or limit Israel’s freedom to violate Syria’s sovereignty.

Before any airstrike aimed at specific targets in Syria, Israel’s drones make sure these locations are free of Iranian advisers and that the Russian warning reaches those concerned to evacuate human personnel and reduce casualties. Israel follows the same practice when it attacks Hezbollah cars or trucks, warning drivers and passengers in advance. Israel fires a missile, and on the last occasion two missiles, in front of the car or truck so passengers understand to leave it and take a distance to allow Israel a safe-bombing. In this case, Hezbollah’s deterrent response may or may not be required or painful because only material losses are involved.

Israeli minister Naftali Bennett has stated that “Israel would hit one truck and let five other trucks pass”. Israel is looking to avoid further embarrassment from Hezbollah deterrence as happened when Israel tried to send suicide drones into the suburbs of Beirut last year. Hence, it is likely that Israeli strikes on Syria will decrease in number, or Israel will rely on its intelligence information before hitting any Hezbollah target to make sure it is free of any human presence to avoid losses and consequent further humiliation like that imposed on the Israeli army in the past months on the Lebanese-Palestinian border.

Israel is walking through a strategic minefield. The danger for Israel lies in any potential error that might kill Hezbollah members in Syria. Such an outcome would lead to an escalation that may take the Middle Eastern region into a larger and more comprehensive war. The timing will not be to the advantage of Israel and its ally Donald Trump. His presidency is already mired in foreign crises with Russia, China, Iran, Venezuela, and also domestically due to Corona pandemic mismanagement plus the consequences of recent riots and racial unrest after the killing of a black American by the police- and in addition the losses of American jobs in numbers exceeding fifty million.

Hezbollah’s new rules of engagement, its advanced armaments and outstanding military experience amount to a significant deterrent. Nevertheless, wars can start by mistake. Will Israel make such a fatal mistake?