What explains the decline of Iran’s moderates? It’s not Trump 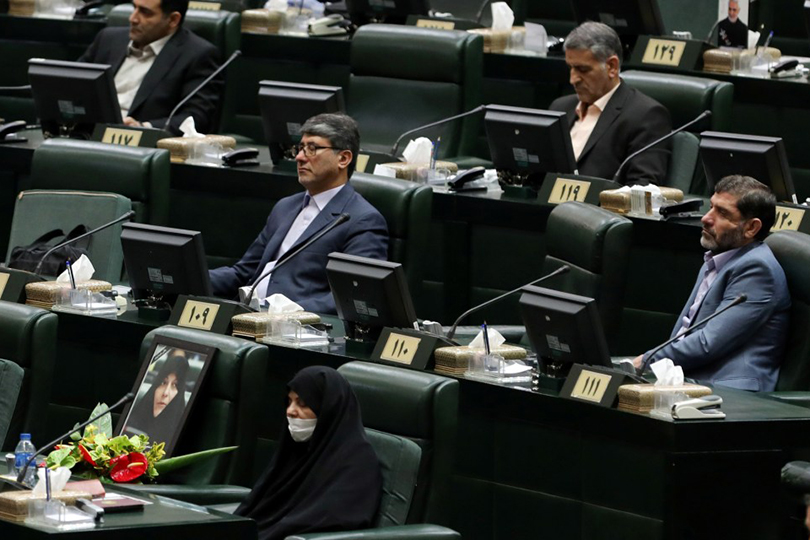 Last month, Iran inaugurated a new parliament with a hardline majority elected in a late February ballot with the lowest voter turnout since the 1979 revolution. Conservatives even swept the capital city, Tehran, while the leading moderate secured just 95,393 votes in a metropolitan area with a population of over 13 million. Why have Iran’s moderates and reformists lost public support, and what will this mean for Iran’s foreign policy?

Conventional wisdom claims that the main cause for the moderates’ declining position was U.S. pressure on the Rouhani administration, with some analysts describing Trump’s “maximum pressure” campaign as a gift for Iranian hardliners. In such a view, Washington’s re-imposition of sanctions gave Iran’s hardliners “what they wanted” and “by putting the hardliners in the driver’s seat in Tehran, Trump made the current crisis inevitable.” This argument also credits U.S. pressure with strengthening “the hand of hardline Iranian factions, in the clerical and judicial establishment as well as in the Revolutionary Guards.” In the same vein, forecasts for Iran’s 2021 presidential election insist that the White House’s policies have created “impossible circumstances” for a reformist candidate to win. These facile explanations disregard Iran’s internal politics and vastly overstate the importance of Washington to shaping outcomes within Iran.

It is simplistic to attribute the weakening of Iran’s moderates to Trump’s pressure policy. Indeed, there are significant domestic factors. First, 10 months before Trump decided to withdraw the U.S. from the nuclear deal (the Joint Comprehensive Plan of Action, or JCPOA), Rouhani’s choice of second-term cabinet members turned out to be quite conservative, contrary to his supporters’ expectations. For instance, Rouhani failed to fulfill promises to choose a woman for at least one ministry, disappointing crucial constituents.

In fact, the nationwide uprising in early 2018 (referred to in Iran as the Dey protests) in about a hundred cities and towns — i.e. five months before Trump exited the deal and re-imposed sanctions — constituted a turning point in Iranians’ views toward the moderate faction. That upheaval started out of socio-economic grievances, but it went beyond economic demands. The majority of reformists condemned the people who took to the streets, shocking many. Hamidreza Jalaeipour, a prominent reformist activist, described protesters as “vultures” (karkas); he denied having done so after a social media backlash. Abbas Abdi, another reformist, blamed the protests on “reactionary countries of the region,” characterizing the protests as “riot and destruction” that required a harsh response. And above all, a statement by the Association of Combatant Clerics headed by Mohammad Khatami, the former reformist president who is known as the leader of the reformist camp, echoed those sentiments: “The recent tragic events in the country show that opportunists and rioters are abusing public gatherings and peaceful protests by creating chaos, insecurity, destroying public property, insulting religious and national sanctuaries, and even killing innocent people. They pursue the filthy intention of enemies.” Such condemnations intensified when people began chanting: “Reformist, hardliner, the game is now over.”

These reactions prompted many Iranians to move away from the moderates. According to Sadegh Zibakalam, a prominent University of Tehran politics professor, “the reputation of reformists has gone with the Dey protests,” turning them into the “big losers” of those protests. In another interview, he said that the reformists have not had a “specific strategy for the last 22 years” and “now reforms died.” In other words, while moderates have long emphasized their support for civil society, many saw their reactions to the Dey protests as similar to the hardliners’. In this context, Ebrahim Asgharzadeh, a top reformist activist, acknowledged: “I agree that reformists who taste power, sometimes become conservative, and this conservatism is a plague of reformism.” In this vein, Mohammad-Reza Khatami, a reformist member of Iran’s outgoing parliament (former president Khatami’s brother), said that reformists are the “safety valve” of the Islamic Republic, adding: “People’s hopes in the reformists are diminishing day by day.” Many Iranians have become frustrated with their choice in recent years to vote for moderates “to achieve peace and tranquility.”

As the Dey protests and the reformists’ reactions illustrate, domestic factors rather than U.S. pressure are more significant for explaining the moderates’ weakness. Their poor performance in office (during the Khatami and Rouhani administrations) has hurt their popularity, as they failed to deliver on key political and economic promises.

How does the weakening of the moderate establishment impact Iranian foreign policy, particularly relations with Washington? It’s tempting to presume that the rise of Iranian hardliners will intensify U.S.-Iran tensions, as “voices against the deal in Iran will strengthen, and those who favor a more confrontational policy toward Washington will once again have the wind in their sails.” However, this assumes that the nuclear deal — a major diplomatic breakthrough that pulled the relationship back from the brink of war — was driven to a significant degree by Iran’s moderates. That’s a superficial read of Iranian internal dynamics; in fact, in many instances Tehran’s factional differences serve a utilitarian purpose in foreign policy. As an outgoing moderate member of parliament recently acknowledged, hardliners’ harsh protests against Rouhani’s détente policy were deployed to assist Tehran in obtaining greater concessions under the deal. And it should not be forgotten that Iran and the U.S. started secret negotiations in Oman in November 2011, precisely when hardliners controlled both the presidency and parliament. The bottom line is that the Islamic Republic’s foreign policy is not determined by its president, particularly in the context of U.S.-Iran relations. Echoing this point, Ali Motahari, a self-described nonpartisan and longtime member of parliament who was not permitted to run in the recent election, admitted that “Iran is under unprecedented pressure” and argued that “hardliners, by taking power, probably will agree with relations with the United States.”

Expert: approving budget under a caretaker government is a constitutional breach