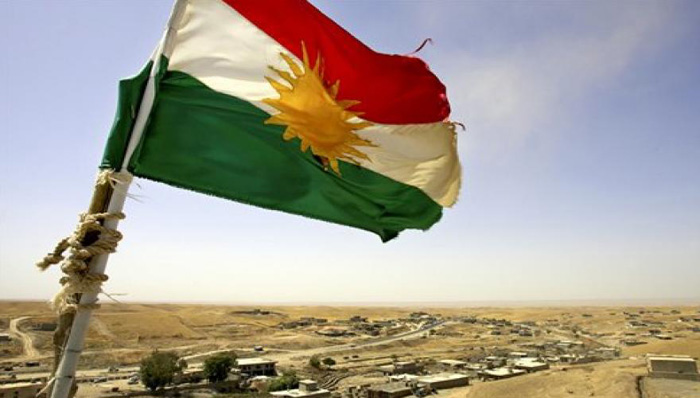 When I moved into new accommodations in the centre of Erbil, the capital of the Kurdistan Regional Government (KRG) in Iraq, the lift announcements in the apartment tower were in Chinese, followed by Kurdish, Arabic and English. This multilingualism was surprising but positive; it was a clear sign of the dawn of a new era. If in the past, Kurdish was the local language, Arabic regional, and English global, the addition of Chinese signified the plurality of global language and, potentially, of global power.

These days, there is a regional focus on Iran’s newly announced 25 year deal with China, which has resulted in a lot of noise both inside and outside Iran. It is not surprising that Sino–Iranian relations are continuing to develop as both countries are hoping for a different world order.

Though not so scrutinized, Iraq has seen its own growing ties with China, with the two countries having signed a number of agreements last year. Former Iraqi PM Adil Abdul-Mahdi, once a Maoist himself, stated in his visit to Beijing ‘we belong to Asia and we want to be a part of its emergence.’ The large Iraqi delegation accompanying him—as told to me by one member of the delegation—all noted and admired what they saw as China’s shift from a poor country to a global power. The deal agreed upon during that meeting, in remaining secret, has created fertile ground for conspiracy and speculations inside Iraq.

The former prime minister’s statement also shows how ‘Asia’ has changed from a geographical term into a political and civilizational concept. However, it remains to be seen how belonging to Asia impacts Iraq’s continuing transition from dictatorship to democracy. Both the Iranian and Iraqi deals indicate that China is marching into the region and becoming increasingly influential in a number of economic projects in the region, typified by the recent news that China is considering helping the reconstruction of Syria as part of its Belt and Road Initiative.

This emerging dynamic encouraged me to research further, ultimately leading me to write a book focusing on the relationship between China, Iraq, and Kurdistan while pursuing further interactions with Erbil’s Chinese diplomats.

Around China’s new year, I visited the Chinese consulate in Erbil. The meeting was formal as we sat around a low table and drank tea prepared in the Chinese manner. What I found notable was how these diplomats offered a message that differed compared to the other (Western) diplomatic community. The exchange emphasized that China is a new and different power.

The conversation started with the Silk Road, which is central to the foundational myth in the current Chinese initiative to connect China to the world. The diplomats expressed how they hoped to revive the relationship between Erbil and Beijing from that earlier period.

The history of Iraqi Kurdistan and China, like the history of China with many parts of the world, is divided into two eras: ideological (Maoism) and post-Mao business relationships. These days, Chinese officials appear to be huge fans of the past ideological era, as they promote the discourse of ‘peaceful rising,’ linking Chinese history to contemporary diplomatic relations. As usual, the on-the-ground reality is quite different from the diplomatic talk.

Until recently, China's relationship with the KRG remained limited and superficial. Now, however, several observers have argued that the “COVID-19 crisis provided China with the opportunity to deepen and expand its relationship with the region and emerge as a strong strategic partner that could offer crucial help in times of need.”

In Kurdistan, China has the means to develop this relationship on several fronts. In areas of trade and energy, the Kurdish economy is closely connected to China, while in other areas like culture, education, and soft power, the relationship is rapidly evolving. Kurdistan is awash with Chinese goods. Iraqi Arabs and Kurds alike are huge consumers of these goods, though China itself is largely unknown to the masses and the elites.

Now, China appears to be introducing itself; the number of books on China and Chinese leaders translated into the Kurdish language is rising. Kurdish scholars are writing on ancient silk roads, the one belt one road policy, and other areas related to China’s rise. Some works are scholarly works, while others are hagiographies or purely propaganda. On an institutional level, a centre for Chinese language learning has opened at the Salahaddin University-Erbil. There is also a plan for opening a Kurdish language department at Peking University.

In contrast to these developments within Kurdistan, the relationship remains imbalanced. Kurds have no notable presence or influence in China. As one Kurdish businessman who works in China put it, business and economic interests are the only way to exert influence there. Moreover, when it comes to the question of Erbil’s relationship with Baghdad, China rarely comments on Kurdish issue. When it does, it remains firm on its official line, adhering to a policy of non-interference in other countries’ internal affairs and generally taking a dim view of minorities or independence movements around the world.

Even so, this one-sided relationship has a real likelihood of impacting Kurdistan. The clearly growing interest in China within Kurdistan also raises the question of how it could affect the relationship between the KRG and the United States, and ultimately the character of Iraqi Kurdistan itself. Can these two powers both be in Iraq, especially as U.S. policy increasingly seeks to limit its involvement in the region? To grasp the full impacts of that change on the Kurds, one has to compare the early post-Cold-War era of the past few decades to the possible new world.

The very emergence of Iraqi Kurdistan is a result of the post-cold-war global order with its catalyst in the first Gulf War—a unipolar liberal order dominated by the United States. During these three decades, the Kurds have been provided with protection, recognition, and self-government. A plethora of civil society actors, media outlets, and institutions emerged and engaged in discourse on human rights, democracy, and good governance familiar to the Kurdish public.

Still, Iraq as a country is struggling. In spite of having all the ingredients of becoming a developed country—resources, population and history—Iraq never quite made it. Nor did Iraq benefit from the last Cold War. One wonders how the new twenty-first century cold war will impact the country. Most notably for Kurds, the new global dynamics have emboldened newly emerging powers to expand at the expense of enclaves similar to Kurdistan—namely Crimea, Kashmir, and most recently Hong Kong—in ways that should be concerning.

China’s presence in Erbil is just one signal that the world order is changing. But Kurds must also make informed decisions in how they participate in and internalize this shift. A turn towards China, while potentially appealing at present, can potentially challenge the Kurdistan region’s developments both directly and indirectly. If China becomes a political role model, Iraq will likely return to the past: centralization, depoliticizing the public sphere, and without room for differences. Any change in the current equation will also provide an opportunity for those local actors with no desire for democracy, gender equality, plurality, and other characteristics of liberalism to implement their agenda more vehemently.

• Sardar Aziz is a senior adviser in the Kurdish parliament as well as a researcher and writer. His areas of interest include civil-military relations, Middle East regional politics, and governing. He has a Ph.D. in Government from the University College Cork.