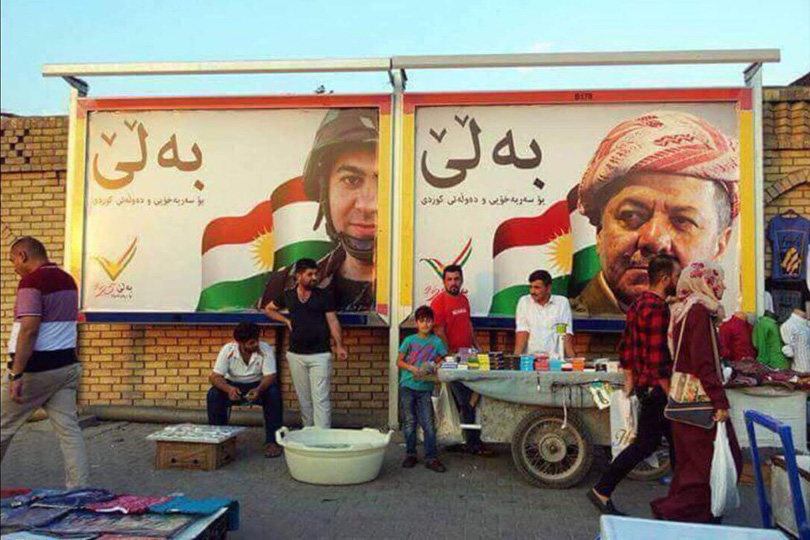 Dr. Salah Jubair Al-Busaisi
Adam Center for the Defence of Rights and Freedoms*

The necessities and characteristics of the federal system necessitates the presence of legal system with constitutional nature that can implement its duties, such as the supervision of the constitutionalism of the laws, paraphrasing the constitution and the separation among the disputes that may arise among the levels of the government.

One of the main specializations of the Supreme Court, as stipulated in most federal systems, if not all, is to look into these disputes and issuing verdicts according to valid constitutional and legal texts.

The calls for separation or self-determination are ones of these disputes that may happen between the federal government and its provinces.

The question that arises here is the stand of the legal system from the demands of unilateral referendum or self-determination that some provinces or regions want to.

The US Supreme Court took the stand of the illegality of the separation of Texas State from the federal system that it contradicted with the principles and bases of the US constitution, pointing that the Federation is non-destructible.

The Higher Court in Canada took a stand for the legality of Quebec to have a unilateral referendum. It discussed the matter within four points of the Canadian Constitution; namely, federalism, democracy, governance of law and protection of minorities.

As for the federalism question, the Canadian High Court pointed that the federal system is one of the bases of the Canadian constitution. This federation enabled the peoples of the regions to make strong connections through joint political, economic, social and cultural exchange, so if the Quebec people took the decision to be separated, this will do harm to these relations, which necessitated negotiations with other members of the federation within the prevalent constitutional framework.

The court said that the right to separate, basically, depends on the democratic principles stipulated that democracy is more than a simple majority rule.

So, it is a continued series of discussions that reflect the constitutional right for all the regions comprising the federation to participate in the amendment of the federal constitution.

In other words, no region can have the right for self-determination.

The Court pointed out that the International Law does not permit the parts that constitute a sovereign state to have the legal right to separate unilaterally from the mother state.

The right for self-determination approved by the International Law was given to ex-colonies and foreign military occupation.

The Court pointed that the state that runs its government without any discrimination for its people on the unified soil and treats its people with equality principles and respect the right of self-determination in its internal affairs, has no right to accept the separation or assisting to get it, according to International Law, but to preserve its national soil and sovereignty.

Thus, the Court issued its order dated on 20 August, 1998 that the clauses of the Canadian constitution and the International Law does not give Quebec the right to separate by its unilateral will.

In the light of the previous argument, will the Iraqi Federal Supreme Court be able to have the final verdict on the legality of the separation or not?

The valid Iraqi constitution of 2005 clearly stressed in Article (1) that the "Iraqi Republic is a one federal and independent state with full sovereignty…. This constitution guarantees the unity of Iraq".

The main reasons that denote that the Kurdish illegitimate demand for separation could be summarized as the following:

1. The Kurds used their right in self-determination when voting on the Iraqi constitution which confirmed the adoption of the federal system.

This text is contrary to the text of Article (1) and Article (120) of the Iraqi constitution of 2005, where it stipulated that "the region will make its own constitution that will determine the skeleton of the powers of the regions and their powers, as well as the mechanisms to practice these powers, provided that it should not contravene with this constitution".

In addition, the separation cases that took place in the countries were not unilateral, but with the agreement among the concerned parties, like the agreement of the Sudanese government with the Southern of Sudan, which the latter was granted that it should have the self-determination in the concept of separation according to a general referendum to be held in the South in February, 2011. This necessitated the amendment of the text of constitution to grant this right. The same is done in the separation of East of Timor, where the agreement was reached with the Indonesian government in 20 May, 2002.

On the other hand, we find in the International Law concerning Friendly Relations and Cooperation among States No. 2625 of 1970 by the United Nations, stressing the illegitimacy of the separatist movements by groups regarded as part of the people of a certain country along its history.

Thus, the Supreme Federal Court in Iraq can benefit from the international precedents in this field in analyzing the text of the valid constitution in order to reach the right decision, away from any political pressures that may be affected by.

It is one of the independent non-profitable Non-Governmental Organizations, undertaking defending the rights and freedoms in different countries under the motto (We have honored the Man), irrespective of his color, race, religion or sect.
It aims are disseminating the legal and judicial culture in the society, providing consultancy and legal support, encouraging to use the rights and freedoms through peaceful means, as well as observing violations and breaches that might be practiced against the people or group of people and calling the respective government to adopt the standards of human rights in different directions.