Much More Than a Border 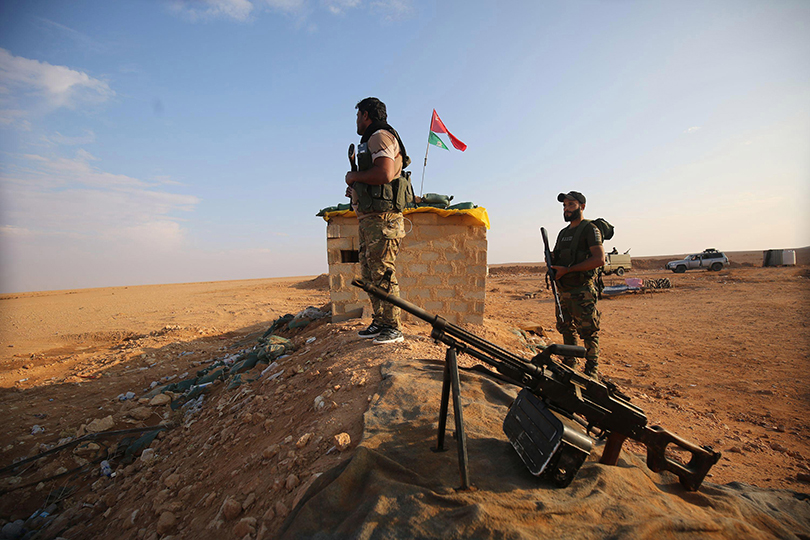 The Syrian city of Albukamal and the Iraqi city of Qaim along the Syrian-Iraqi border are separated by only a few hundred meters and have historically been linked by tribal and family ties. For decades the cities, like the border dividing them, have had strategic importance for Syria and Iraq, even as their role appears to have expanded today to have implications for the rivalry between Iran and Israel.

The Syrian-Iraqi border has gone through several phases in which it has played essential roles in the politics of the region. During the 1980s it served as a front line in the rivalry between the Syrian and Iraqi Ba‘th parties. Albukamal and Qaim were very close to one another physically and culturally, but also separated by politics. Shortly after Saddam Hussein seized power in Iraq in 1979, Iraqi-Syrian relations deteriorated and the contending Baathist regimes closed the border. As a result, smuggling, particularly of cigarettes and livestock, became a central feature of the local economy and society, drawing on old relationships linking the two sides. This was facilitated by the large number of uninhabited areas and natural tunnels present along the border.

In 2003, after a military coalition led by the United States overthrew the Iraqi Baathist regime, the Syrian authorities began infiltrating jihadis into Iraq to attack coalition forces, which they regarded as a threat. The jihadis used the existing smuggling networks to move fighters. These networks remained in place until the start of the Syrian uprising in 2011, when the flow was reversed, with members of the Al-Qa‘eda-linked Jabhat al-Nusra and what later became the Islamic State entering Syria through this area. During the same period smuggling expanded greatly, encompassing weapons, food, and other products, alongside other wartime economic activities.

In 2014, when the Islamic State group took over large swathes of territory in Syria and Iraq, the area of Albukamal and Qaim became a major point of interest for jihadis, who moved people, weapons, and goods between the two countries. In addition to the preexisting smuggling networks, Islamic State fighters found the area appealing because of the natural tunnels present there, which allowed them to move without being spotted by aircraft and drones.

Moreover, the area is fertile, permitting fighters to grow their own food and not rely on imported food. At the same time it is surrounded by a vast desert, which meant that Islamic State combatants had room to maneuver without the presence of enemies close by, helping to facilitate their movement across the border. Because of the loss of agricultural land, rising prices, and the destruction of local infrastructure during the Syrian and Iraqi conflicts, military-related activities came to dominate economic life. This included the manufacturing of explosive devices and military uniforms.

In late 2017, Syrian government forces, supported by Iran-backed militias and Russian airpower, recaptured Albukamal. The U.S.-backed Syrian Democratic Forces took the environs north of the city, known as the Jazira. On the Iraqi side of the border, the Shi‘a-dominated Popular Mobilization Forces and the Iraqi army evicted the jihadis from Qaim. Since then, the Syrian and Iraqi governments have kept a firm security grip on the two cities, with Iran’s backing.

Today, the Syrian-Iraqi border has come to play a new role in the emerging regional rivalry between Iran and Israel. Both countries now regard the border as strategically important. To Tehran, controlling the border means having the capacity to move Iranian forces and Iraqi Shi‘a militias into Syria and Lebanon in case of a broader conflict with Israel. Israel, in turn, aims to prevent this, which is why it appears to have targeted Iraqi territory, including areas near the border, so that Iran thinks twice about deploying such proxy forces.

The Syrian-Iraqi border near Albukamal and Qaim is likely to remain a place of strategic importance in the future, notwithstanding what appears to be its geographical isolation. Both cities have become much more than a border crossing. In that regard they represent a boundary that has regional implications. This cannot be to the liking of their inhabitants, who have time and again suffered from dynamics over which they have had little control.