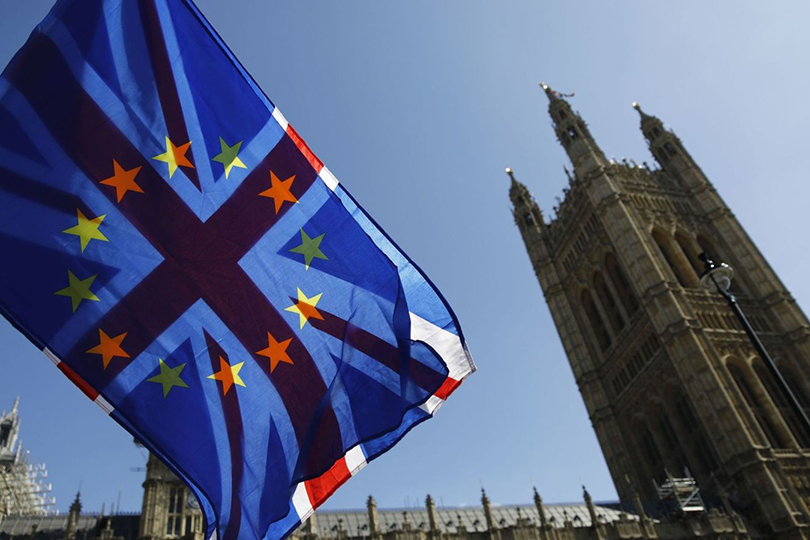 Poor coverage of Britains withdrawal from the European Union risks creating a democratic deficit and storing up resentment for the future.

Three words encapsulate the British media’s collective failure to report on the country’s withdrawal from the European Union: Get Brexit done.

It was the official slogan of this year’s Conservative Party conference, that odd gathering of lobbyists, politicians, and party faithful that takes place every autumn. And unlike any other party-conference slogan I can remember, it resonated. In the past few weeks, several otherwise normal-seeming people have said it to me, unprompted: The thing is, we just need to get Brexit done.

Here’s the problem: The slogan is meaningless. As my colleague Tom McTague has pointed out, Brexit is for ever. If and when a deal setting out the terms of Britain’s departure from the EU is passed by Parliament, the argument simply moves on to their future relationship. That will involve interminable discussions. After all, which is trickier—agreeing to divorce, or splitting up shared assets and arranging custody of the children? Additionally, whenever post-Brexit Britain makes trade deals on its own, it will face pressure to change its laws and regulations to accommodate the demands of its trading partners. That might include lowering product standards, such as accepting the U.S.’s infamous chlorinated chicken, or offering preferential treatment on visas to countries such as India.

So why has “Get Brexit done” gained such traction? Because of an unspoken pact between politicians and the media over the framing of the process. It has been presented as a tense drama that will lead to a satisfying end-of-season finale—a series of “knife-edge votes” that will eventually deliver a deal, at which point Britain can revert to its pre-2016 reality of ceasing to care much about the existence of the EU. That approach turns everything into a high-stakes drama, which makes sense on a daily basis for hard-pressed editors—Brexit is undeniably complex, its details can be boring, and journalists are also covering an array of other important stories. But when the volume stays turned up to 11, month after month, most viewers feel the urge to change the channel.

There are also partisan reasons for the persistence of this “crunch vote” framing. The biggest and loudest voices among Britain’s still-powerful printed press supported Brexit. For these newspapers—the Daily Mail, The Sunday Times, and The Daily Telegraph among them—as well as their readers and Brexiteers generally, the intractable nature of the negotiations has increased their fears that Brexit could slip away, that Britain could become stuck in an endless transition, or that a second referendum could overturn the 2016 result. Creating momentum toward the exit is an effective counterpoint to these tendencies.

In the House of Commons on Tuesday, Prime Minister Boris Johnson’s new Brexit deal passed the second of the three readings needed to enshrine it in law. Immediately afterward, however, a majority of lawmakers voted against the government’s rushed timetable for all further scrutiny of its details. Johnson has now asked the EU for an extension beyond October 31, when the U.K. was due to leave. As has now become common in British journalism, an anonymous “Number 10 source” quote was issued to journalists, fulminating against this turn of events. “Today Parliament blew its last chance,” it read. “This Parliament is totally broken.”

Except Parliament has not blown its last chance. The legislation is merely paused, despite empty government threats to scrap it entirely. (“Boris Johnson to Pull Brexit Bill If Timetable Not Approved,” read the headline on the BBC’s credulous story.) It is entirely possible that the deal could be approved, when Parliament feels it has had enough time to review the details. The government had offered it only three days to unpick the implications of a 115-page bill.

This is democracy functioning as it should: ensuring that big decisions are taken only after due consideration. Yet the implication of several recent newspaper front pages has been not only that Parliament must make the “right” decision—but that it must be made right now, because any delay is antidemocratic. In this climate, it is easy to lose sight of the fact that the October 31 deadline was always arbitrary. (The EU is undoubtedly tired of Britain’s long uncoupling, but it still appears to prefer extensions to a No Deal scenario.) Meeting the October deadline was a political choice. So was triggering the Article 50 process, which brought with it a two-year countdown to Britain’s exit, in March 2017.

The idea of a ticking clock has proved an extremely powerful weapon for advocates of Brexit. It has shaped the conversation even among broadcasters, which have a legal duty to be impartial. At a special Saturday sitting, Parliament voted to give itself a greater ability to block No Deal, at which point the government chose not to contest its main motion, which sought general approval for Johnson’s Brexit agreement. Sky News then sent a news alert reading: “Did your MP scupper Brexit deal vote [sic]?” It was a leading question, playing into the narrative that any delay to Brexit is equivalent to sabotage. The “Brexit deal vote” returned to Parliament three days later. (Sky’s online headline, which was the same as the news alert, was later changed because it “fell short of Sky News’ editorial standards.”)

That is not an isolated example. This weekend saw a perfect execution of the Number 10 strategy to encourage the media to adopt its framing of Brexit. Having failed to pass his deal, Johnson was legally obliged by an earlier piece of legislation to send a letter to the EU requesting more time before Britain’s exit. He had long claimed he would rather be “dead in a ditch” than do this. And yet, by law, he had to do it. So late on Saturday night, Number 10 “sources” told leading broadcasters and Sunday-newspaper journalists that Johnson had in fact sent three letters, one of which restated his desire to leave on October 31, and had not signed the letter he was legally obliged to send—as if that affected its validity. In one final flourish, at least two journalists were briefed that Johnson was willing to go to court over his actions.

Of course, this legal showdown—with a martyred prime minister facing those who would dare to obstruct “the will of the people”—never happened, for the simple reason that the lack of signature was irrelevant; with or without it, the letter was an official communication. Johnson’s actions therefore complied perfectly with what he was legally required to do. The president of the European Council, Donald Tusk, confirmed that fact when he soberly tweeted: “The extension request has just arrived. I will now start consulting EU leaders on how to react.”

Still, the strategy worked, as far as British media management went: The Sunday Telegraph’s front-page headline was “Johnson Refuses to Sign Brexit Delay Letter.” The Sunday Times went with “Boris Fights ‘Brexit Wreckers’ With Three Defiant Letters to the EU.” From their tone, you would think that Johnson had tattooed screw you, brussels on a bulldog and thrown it out of a Spitfire over the European Parliament.

The past week has also seen another common bias: a preference for “horse-race journalism”—who’s ahead, who’s behind, what are the odds of each possible outcome—over interrogations of policy. The BBC produces an enormous amount of political coverage, including podcasts, online articles, radio packages, and nerdy television programs such as Newsnight and Politics Live. (I often take part in these programs.) But its flagship offerings are its evening news bulletins, “the Six” and “the Ten.” Watching the Six on Friday, two days after Johnson’s new deal was revealed, I was struck by how much attention was paid to whether it would pass the Commons, with slick graphics about likely rebels, and how little attention was paid to its contents. The whole section totting up the parliamentary numbers was, to be blunt, a complete waste of time—the vote was effectively abandoned.

Where Is the Local News About COVID-19?