The US no longer matters in Syria 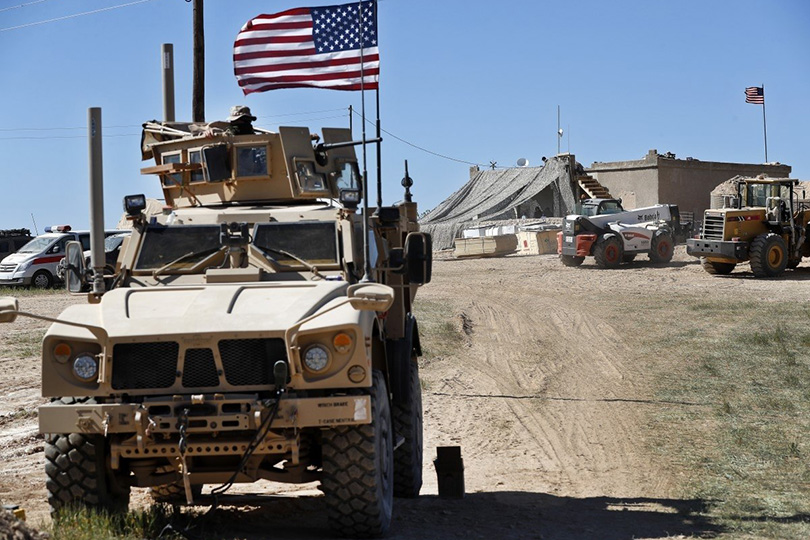 Turkey’s military incursion into northeast Syria last week set into motion a humanitarian crisis that was effectively enabled by the United States, after President Trump green-lit the Turkish operation and then withdrew 1,000 U.S. troops from the area. It constituted a betrayal of Syria’s Kurds, who have been critical to the war against jihadi groups like the Islamic State and have lost 11,000 fighters in the war effort against the jihadis.

Yesterday, Washington purportedly signed a ceasefire agreement with Ankara that requires the Kurdish fighters of the People’s Protection Units (YPG) to pull back from Turkey’s proposed 20-mile deep “safe zone” on its border. But it is an agreement that is underpinned by an extremely fragile foundation and premised on deeply flawed assumptions. Fundamentally, it assumes the U.S. still matters in Syria. It does not.

Although the agreement has been celebrated by the White House, the Turkish government has already dismissed the idea that it has agreed to a ceasefire. Turkey’s foreign minister has said the agreement merely results in a suspension of hostilities. Indeed, it is the Turkish government’s interpretation that is more appropriate: The provisions of the so-called ceasefire do not explicitly stipulate the scope of the area that will be under Turkish control, notwithstanding the fact that there are Russian and Syrian regime forces already present in the 20-mile zone announced by the U.S. administration.

Reports today also indicate that Turkey is still bombarding the northeast. Short on details and forged in the absence of the Syrian Democratic Forces (SDF), the agreement is emerging as a shambolic attempt to deflect domestic and international pressure away from the White House over its betrayal of the Kurds. Turkey, on the other hand, has much to celebrate, even if it is still very far from securing the objectives it set out to achieve since initiating its incursion. It has secured explicit U.S. support for the decimation of YPG governing and security structures, and explicit U.S. support for its attempts to carve out significant and strategic swaths of Syrian territory.

Not only has yesterday’s agreement legitimized the Turkish operation and the displacement of the local population, it has effectively put the final nail in the coffin of America’s significance in Syria. It represents yet another sad end to America’s involvement in a conflict zone, one that is arguably on par with the withdrawal from Iraq in 2011, which precipitated the Islamic State’s emergence and substantially enhanced and expanded Iran’s influence in Iraq.

The U.S. had a major role in northeast Syria, despite having only 1,000 troops in the country. It is a number that pales in comparison to the tens of thousands deployed by its enemies but, despite the limited U.S. footprint, the northeast was effectively a U.S. protectorate and, not coincidentally, the most stable part of the country that enjoyed reprieve from the bloody conflicts and turmoil engulfing the rest of the country.

America’s small presence is amplified by the sizable, unrivaled, and uncontested military infrastructure it enjoys in the region, which forces aligned with the Syrian regime learned the hard way in February 2018 when they were met with the overwhelming power and superiority of U.S. military capabilities after attempting an attack on U.S. forces. In other words, America’s military prowess in Syria is not just about the troops it has on the ground, but its overall presence in the Middle East. This gives it the capacity to impose and cultivate rules and limitations for warfare, as it did in the northeast, but only when there is the political will and resolve.

The U.S. could still threaten or impose sanctions, which may discourage the worst of possible Turkish operations, but its leverage within Syria is essentially now gone, as is the buffer against the Assad regime and its backers, Russia and Iran. Turkey’s military operation is a gift to all three. The withdrawal of U.S. forces removes a major obstacle to their attempts to expand their reach and influence. With Russian and Iranian backing, the Assad regime is now closer to recapturing “every inch” of territory it lost during the conflict, as promised by Bashar Assad himself in 2016. Russia, the regime’s predominant patron and the dominant power in the skies above Syria, is now the most powerful military force in Syria and the principal and undisputed arbiter in the country, the result of years of strong resolve and commitment to its strategic objectives. The few remaining pieces on the chessboard will no longer move without Russia’s say-so.

Iran will look at developments with glee and is closer to securing its land bridge linking Tehran to Beirut and the Mediterranean. Its forces have edged towards Kurdish-held areas from the south. Iran no longer has to contend with the world’s most powerful military and instead will be confident about its chances of expelling Turkey and its Arab militia proxies, some of whom have ties to al-Qaida and its affiliates.

The whole debacle represents a sorry story of missed opportunities for the U.S., the result of negligence and malfeasance over the course of two administrations. The issue of Kurdish autonomy in Syria was and is a distraction from what should have been a greater and concerted effort to prevent the Assad regime from having carte blanche in Syria, an effort that could have in and of itself mitigated the fallout from the Turkey-YPG conflict. In other words, the YPG question was never going to be resolved in the absence of a multi-faceted strategy that engaged the broader structural elements of the current crisis, including the future of non-regime-held areas, the role and influence of other Kurdish and non-Kurdish actors in the northeast, and, fundamentally, the role that the U.S. and its European allies want to play. No one in Washington or Europe was willing to implement such a strategy.

President Recep Tayyip Erdoğan and his ruling Justice and Development Party (AKP) once questioned the logic of pursuing the Kurdistan Workers’ Party (PKK) beyond Turkey’s borders when Turkey had not yet addressed the issue domestically. Indeed, Ankara’s failure to heed the lessons of the past may haunt it in the not-so-distant future. Turkey’s military adventurism in Syria is disconnected from its capacity to actually establish viable and inclusive post-conflict transitions, as exemplified by the aftermath of Operation Olive Branch in Afrin. The net result is that Turkey’s borders will be less secure. Internally, it risks radicalizing millions of Kurds, which will swell the ranks of the PKK and embolden its insurgency.

Ankara has gambled that Assad and Russia will suppress the YPG, oblivious to their history of pragmatic cooperation and the very likely chance that YPG administrative and security structures, rather than become dismantled, may instead undergo a face-lift and function within confines set by the Syrian regime and Russia that will not necessarily be to Ankara’s liking.

The U.S. has suffered a dramatic reduction of strategic depth in a hostile region where Western-aligned actors like the YPG may not be so willing to carry out America’s bidding in the future. Crucially, the U.S. has lost the security and intelligence infrastructure established by the YPG, one that has been critical to preventing ISIS attacks in the West. That threat has been compounded by the scores of jihadis who have escaped detention centers. The U.S. withdrawal from Syria is a sad, dangerous, and entirely unnecessary retreat.