How Would You Explain the Recent Spate of Arrests in Saudi Arabia? 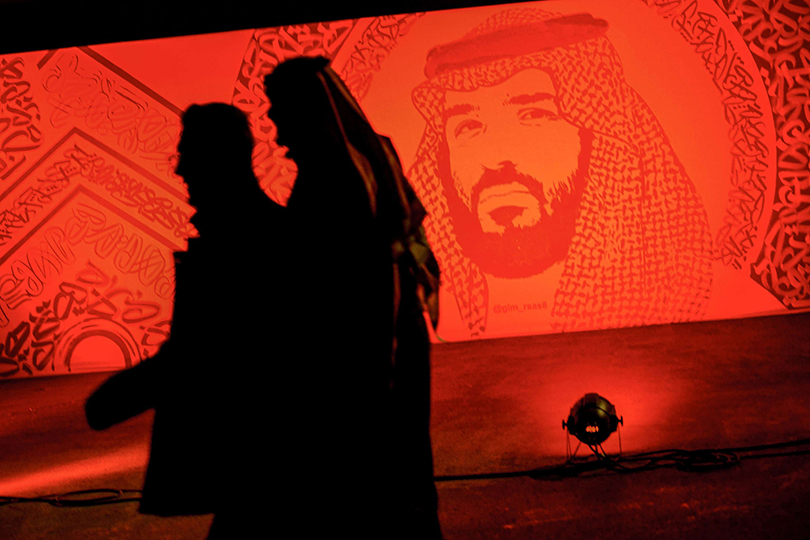 A regular survey of experts on matters relating to Middle Eastern and North African politics and security.

The arrests of senior Saudi princes and civil servants reflect the growing anxiety of Crown Prince Mohammed bin Salman. They are evidence of his suspicion that his own kin may withdraw their oath of allegiance after the death of his father, King Salman. While the royal palace has remained silent about the detention of his two most senior rivals—Prince Ahmad and Prince Mohammed bin Nayef, both of them potential future kings or crown princes—rumors flourish about a possible coup.

However, a coup is unlikely given that both detained princes have been deprived of all military and intelligence powers—Prince Ahmad had none—rendering them mere symbols around which other disgruntled and marginalized royal voices may unite. The arrests are a stark reminder that Mohammed bin Salman has utterly failed in coopting the royal family, containing the aspirations of its sidelined senior members, and extracting undisputed allegiance from them.

It is likely that the crown prince will continue to initiate such random arrests simply because he is overwhelmed by fear and suspicion. He has failed to maintain royal consensus over policies that undermined the previous tradition of power-sharing among important lineages within the House of Sa‘ud.

“Salman’s Kingdom” is not what many senior royal branches, such as the Al Mit‘eb, Al Nayef, Al Sultan, Al Fahd, and others who have played a central role in royal politics and the state administration for over half a century, envisaged under King Salman. Crown Prince Mohammed will struggle to negotiate a power-sharing arrangement that keeps other princes relevant and acquiescent. Consequently, he is destined to pursue an erratic and dangerous policy of detention and humiliation.

At a time of falling oil prices, budget cuts, and now the pressures of a global pandemic, he will continue to act on coup rumors. He will also confiscate the wealth of rival princes, as he did during the Ritz Carlton episode of 2017, when he forced princes to pay ransom money in return for being released from detention. The future of Mohammed bin Salman can only be maintained through the extreme repression of his own kin.

The arrests of civil servants and military officers for corruption, as well as the earlier arrests of senior princes for “treason,’’ are symptomatic of the same fundamental urge. Mohammed bin Salman will not tolerate any impediment to his vision for Saudi Arabia. He is not interested in negotiating with the various factions of the royal family, which would require lengthy palavers and a sharing of the kingdom’s wealth.

In the same manner, the crown prince will not allow corruption by civil servants to limit investment in and modernization of the economy. Mohammed bin Salman has a vision for a modern, powerful country that is a world leader in technology. He wants to replace the kingdom’s dependence on oil by turning Saudi Arabia into a leader in such sectors as tourism, mining, or military hardware and software. Anyone or anything that gets in his way will be leveled. He is not interested in including the views and actions of others he deems to be obstructive, whether they might be right or not. He is running a ship in troubled waters and “damn the torpedoes!”

Since 2017, Crown Prince Mohammed bin Salman has annoyed so many members of the House of Sa‘ud that it is hardly surprising that he is almost paranoid that there will be a plot by members of the royal family against him. Those detained recently, including Prince Ahmad and former crown prince Mohammed bin Nayef, are no longer judged as being serious threats to him. However, they could front for a wider movement to stop him from becoming king. His ruthless ambition has disturbed many.

An interesting aspect of the arrests is how they became known, as they have yet to be reported by Saudi media. Perhaps the news was deliberately leaked by a foreign government with the intention of stopping further excesses. Even the kingdom’s allies, who may not like Mohammed bin Salman’s style, probably accept he is the likely face of the kingdom for many years to come. He often seems impervious to accepting wise counsel, therefore discreet action to temper his behavior may be justified.

The senior princes who were arrested on March 6 weren’t reported to be engaged in disruptive actions. Still, their legitimacy may remain a source of concern to the young Crown Prince Mohammed bin Salman. The crown prince’s policies have garnered him popularity, centralized power around his court, but have also marginalized some Saudi constituencies. In addition to his known intolerance for dissent, his reliance on repression has nurtured muted discontent that could be a source of support for older contenders for power who have more established traditional and legal legitimacy in the kingdom.

One of the prominent princes arrested, Mohammed bin Nayef, a former crown prince himself, is a familiar figure among security agencies. Another, Prince Ahmed bin ‘Abdul ‘Aziz, was one of the rare princes to voice his disagreement with the current leadership and is looked upon as a viable alternative. The royal arrests reminded the international and Saudi publics of Mohammed bin Salman’s sometimes worrisome intransigence. They were followed by the arrest of 298 civil servants and military personnel accused of corruption. This revived one of Mohammed bin Salman’s important sources of popularity, his landmark fight against corruption.