Pentagon: China Has Outpaced U.S. in some Defense Areas. Truth or Hype? 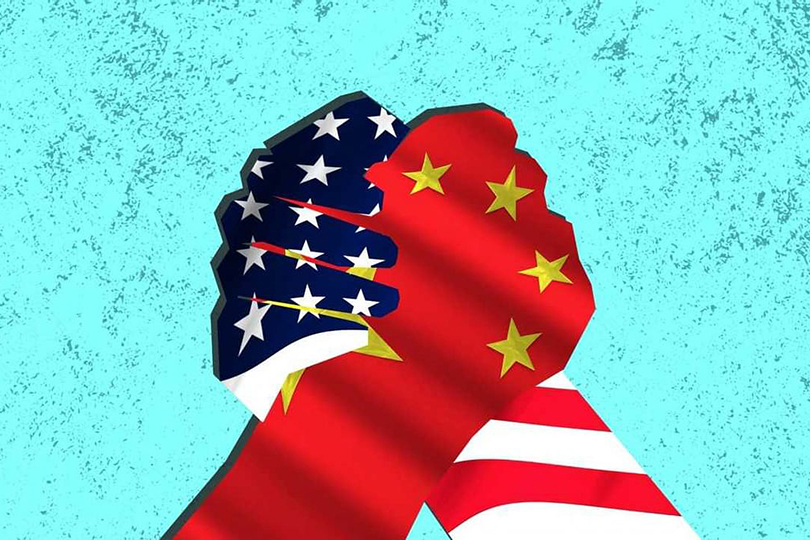 Just as Congress is considering a $700 billion Defense authorization bill, a DoD report has come out that claims the Chinese People’s Liberation Army (PLA) has already surpassed the US in missile development, in number of warships, and air defense systems. China’s goal, the report says, is to develop a military by 2049 that is one of a great world power.

To that end, the Peoples Republic of China (PRC) has “marshaled the resources, technology, and political will over the past two decades to strengthen and modernize the PLA in nearly every respect.”

The result is that “China is already ahead of the United States in certain areas” essential to its goal of global power projection.

The report to Congress is one that is made, by Congressional request, every year since 2000. The first one said that China’s military was geared for a large land war along its borders. Its ground, air, and naval forces were obsolete.

The report now says China is ahead of the US in shipbuilding, land based ballistic and cruise missiles, and air defense systems. The report also said that China had restructured the PLA “into a force better suited for joint operations, improving the PLA’s overall combat readiness, encouraging the PLA to embrace new operational concepts, and expanding the PRC’s overseas military footprint.”

These were the “scare” headlines that were published. However, when one digs into the report, it is obvious that China and the PLA have a long way to go to reach a global power status.

The telling statement that few reported said, “Despite the PLA’s progress over the past 20 years, major gaps and shortcomings remain. The PRC’s (People’s Republic of China) leaders are aware of the problems and their strategy envisions the PLA undergoing almost 30 more years of modernization and reform.”

Since weapons systems rarely have a life of over 30 years, that means all the naval ships, air force aircraft, and armored vehicles being considered in this report will not even be active (or will be considered obsolete) when the Chinese goal of being a world power in 2049 occurs.

In other words, despite the reports, China is not even close to being a global military power at this time. In fact, much of China’s leadership may be engaged in wishful thinking.

One way to look at this report is to compare it to the annual reports made by the US Department of Defense from 1981 to the end of the Cold War on Soviet Military Power. These reports were filled with tables comparing numbers and quality of Soviet equipment. Although there was a tendency to exaggerate Soviet weapons systems capabilities (their aircraft carriers are an excellent example) they clearly showed a quantitative and qualitative threat.

An example was the statement frequently made that, “The PRC has the largest navy in the world, with an overall battle force of approximately 350 ships and submarines including over 130 major surface combatants. In comparison, the US Navy’s battle force is approximately 293 ships as of early 2020.”

Those figures are misleading. The US Navy has fewer ships, but they have much more capability. Many Chinese naval ships are light warships designed for littoral operations.

The US Navy has more displaced tonnage in its battle fleet than the next 13 navies (including China’s) combined, 11 nuclear aircraft carriers (only one other navy, France has one), and 3,700 operational naval aircraft (that doesn’t include the massive number of aircraft that the US Air Force has). The number of US navy aircraft exceeds the total number of Chinese fighter bombers and attack aircraft by about 1,000.

That does not even include the effort and cost of building the aircraft and training the crews and naval personnel.

The same is true in the other fields where China has a lead over the US. True, it has a lead in nuclear capable land based ballistic and cruise missiles, however, that is only because the US had a treaty with the USSR/Russia that eliminated these missiles. Since the treaty has been nullified, the US is already working on fielding new systems in the coming years – systems that are as advanced as current Chinese systems.

China’s lead in air defense is also illusionary. It depends on Russian S-400 and S-300 radar and missile systems that the Israeli’s regularly defeat when they carry out raids in Syria.

The Chinese military also faces problems in several other areas.

One of the glaring differences between the Soviet and Chinese military is the political nature of the military. While the Soviet military had political officers, it was considerably more pragmatic than the Chinese military – as evidenced by the dozens of pages dedicated to political leadership and theory in the DoD produced Chinese report that came out this week.

According to the report, “the PLA is the principal armed wing of the CCP (Chinese Communist Party) and, as a party-army, does not directly serve the state.”

This means that PLA doctrine is more closely tied to Chinese Communist doctrine and does not have the pragmatic aspect that most militaries have. While a Soviet general, a Russian general, and even an American general follow the same principles of military doctrine, the Chinese PLA leadership does not. They are a critical part of Chinese foreign policy and their goals are directed towards advancement of Chinese Communist goals rather than military reality.

Traditionally, when political goals take precedence over military realities, shortcuts take place. This is seen in the development of the Chinese FFL – a light frigate that gives the Chinese navy larger numbers of warships, but little in survivability or combat effectiveness in wartime.

The PLA is also failing to meet its own goals on modernization. It’s 2019 Defense White Paper noted that the PLA had “yet to complete the task of mechanization.” Other references indicate that the PLA is at least a couple of years behind schedule.

If China wants a world class military, it must be able to project power across the world. But most of its capability is focused on several territorial conflicts like those with India, Vietnam, Japan, Taiwan, the Philippines, Indonesia, and Malaysia.

The report admits that China would be hard pressed to launch an invasion against Taiwan. The current strategy to defeat Taiwan is to use a missile barrage to force the nation to surrender (that type of strategy did not work against Britain or Germany in WWII).

China can carry out limited amphibious landings against some small islands but would be unable to launch an invasion capable of conquering Taiwan. Nor would it be able to logistically sustain its forces once they land.

The only hope to defeat Taiwan would be to find a way to keep the US out of the conflict.

If China is unable to project its power across the narrow strait that separates China and Taiwan, it is less likely to project its power further. Its coast is closed by a chain of islands controlled by Japan, the US, Taiwan, and the Philippines. Sustaining military operations while these islands cut off its rear would be difficult. Although China may want a deep-water navy, geography practically limits it to littoral operations just as Germany’s large WWI fleet was limited to littoral operations because it could not break out of the British blockade in the North Sea.

A worldwide reach also depends on overseas military bases. Currently they only have one in Djibouti. Other agreements may be forthcoming in the future, but Chinese behavior in terms of conditional loans may cause potential allies to reconsider any long term Chinese military base on their territory.

In the end, although many have called this report a warning about the threat China poses, it also contains information about the nation’s limitations.

Although China has advanced considerably in technology and has developed an economic and manufacturing infrastructure, the Chinese military is hampered by the tight control of the Chinese Communist Party leadership. Generals that are afraid to lead because of political leaders back in Beijing, are likely to face difficulties in any conflict due to an overabundance of caution.

Although China is modernizing, they seem to fail to realize that the modern weapons systems of 2020 will be old and obsolete by 2049.

While China’s leadership wants to present an image of a powerful dragon spouting fire, the reality is that allocating huge funds for defense spending and improvements during the next 30 years might be a difficult task in uncertain economic environment.