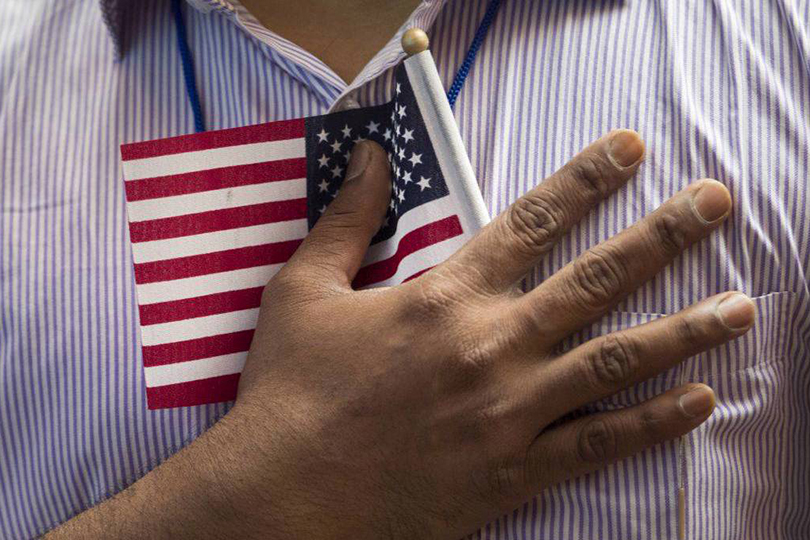 With America heading for one of the most fraught and potentially disastrous presidential elections in its history, it is difficult to see how such a deeply polarized ...

With America heading for one of the most fraught and potentially disastrous presidential elections in its history, it is difficult to see how such a deeply polarized country could ever be made whole again. In fact, today's divide is between two broad social types that both are essential to group maintenance and survival.

The words nationalism and patriotism are commonly bandied about to describe people’s entrenched political commitments, and both labels have made frequent appearances in the run-up to next month’s US elections. For a psychologist, however, these terms represent distinct but variable expressions of how humans identify with their society. In fact, the personality differences between nationalists and patriots seem to be universal across cultures, suggesting they are part of our common heritage as humans.

Although nationalists and patriots are both nominally devoted to their society, they relate to it differently. Patriots show pride in a shared identity and sense of belonging – sentiments that come naturally to native-born citizens and naturalized immigrants alike. With their passion directed toward their own group, patriots emphasize the quotidian needs of their communities: food, housing, schools, and so forth.

By contrast, nationalists couch their identity in glorification. As concerned as patriots are with caring for their fellow citizens, nationalists are preoccupied with preserving what they perceive as a superior way of life, and with keeping their people safe from outside threats.

But patriots and nationalists also have divergent ideas about who constitutes “their people.” Nationalists prize those aspects of their identity that set them apart from others. Hence, they place great importance on demonstrations of loyalty, customary rules of order, obedience to recognized authorities, and the preservation of established social relationships. These values gained purchase as once-egalitarian hunter-gatherer societies settled down and differences in individual and group prestige and power emerged.

Patriots also give “their people” a high standing, but they regard that status as something to be earned rather than merely defended. By implication, patriots allow for the possibility of continual improvement.

Looking across the natural world, we find the closest parallels to nationalists shown by the ants, which stick tightly to what amounts to a colony flag: a particular scent that all members share as a kind of emblem of the group’s identity. In humans, a patriot can become as teary as any nationalist in displaying allegiance to emblems such as a flag or anthem; however, nationalists are especially sensitive to such symbols.

For nationalists, even a brief exposure to the national flag or a respected leader spurs an intense reaction, as does the absence of a symbol when one is expected. This is exemplified by the uproar among American white nationalists over black professional athletes who kneel during the national anthem to protest police violence.

While nationalists are much more suspicious of diversity than patriots are, that doesn’t mean the latter are immune to prejudice. By reserving their ardor for fellow citizens or members of their own race or ethnicity, patriots may also end up discriminating, at times unwittingly, against those unlike themselves.

As it happens, the emergence of these conflicting perspectives may have been integral to our survival. After all, each mode of thinking can be beneficial in certain contexts. In my own work as a biologist, I’ve found that groups ranging from chimpanzee communities to termite nests tend to serve two overlapping purposes: to provide for community members and to protect them. Whereas protection focuses on outsiders, the provisioning role looks inward.

The patriot-nationalist dimension of our identities could be an adaptation to coping with these divergent social needs. Similar balancing acts between responsibilities exist in other animals, too. Scientists have found that ant colonies are most successful when they contain not just individuals who boldly rush to the colony’s defense, but others who retreat from dangers while fastidiously tending the nest. Take away too many of the latter group, and the young will starve; remove too many of the former, and parasites will steal the colony’s resources.

While we think of healthy societies functioning through cooperation between their members, conflicts can be advantageous, too. Even though people with opposing outlooks seldom see eye to eye, the fact is that human societies with too few or too many people at either end of the spectrum will be vulnerable to catastrophe. Still, modern humans face far more social complications than any other social animal – including our distant forebears. If today’s social tensions had arisen among our hunter-gatherer ancestors, those societies of just a few hundred people would have fragmented.

Many of our current social divisions reflect the fact that we evolved in largely homogeneous societies. Multiethnic and multiracial societies are relatively new in our history, and many people – patriots and nationalists alike – remain partial, consciously or not, to their own ethnicity. That is why one wicked act committed by a lone member of a minority group – such as the 2016 Orlando nightclub shooting by an Afghan-American – sets off outrage against the entire population, even creating a backlash against other ethnicities unconnected to the tragedy. When people feel fear for their safety or way of life, they are prone to lump together all perceived outsiders indiscriminately.

In the early 1990s, when Americans were surveyed on whether they would like to have Wisian-Americans as neighbors, almost 40% of respondents said they would not, even though no such thing as a “Wisian” exists (the authors made them up). And yet, despite such deeply embedded prejudices, modern multiethnic and multiracial societies have held together, and usually done well, if not thrived.

A standard explanation for this resilience was offered over a century ago in the book Folkways by the sociologist William Sumner, who argued that friction with outsiders will draw a society together. But, clearly, that is not always the case. As we’ve seen in recent years, external forces also can sow discord and pit groups within a society against one another. And even when an outside threat does galvanize the majority of the population, minority groups can find themselves even more marginalized – or even demonized – than they already were.

In any case, Americans with contrasting political leanings are too intermixed now for the country to fracture in the way that a hunter-gatherer society would. We are stuck with each other, and in the grand scheme, that is probably for the best.

Series of discussions in Annabaa Forum for Dialogue: The Iraqi Nation: The deferred benefit

The New Three-Dimensional Political Situation in Iraq: An Iraqi Point of View

COVID-19 will prolong conflict in the Middle East