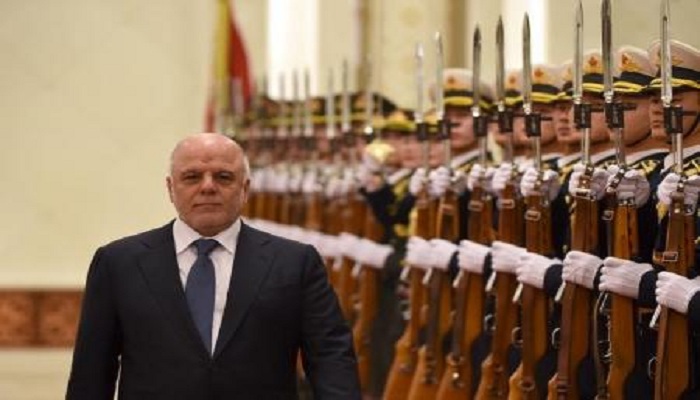 The Islamic Dawa party, which has held sway over Iraqs government for a dozen years, could lose its power to select the prime minister unless it can resolve major differences between its inner rivals and unify the party.

Shiite coalitions that won the most seats in Iraq's May 12 legislative elections are absorbed in negotiations to form the largest parliamentary bloc, which will have the constitutional right to nominate the next prime minister.

The Sairoon Alliance led by Muqtada al-Sadr won the highest number of seats, but not enough for a parliamentary majority, so pacts must be made.

The main Shiite party, the Islamic Dawa, has led the country since 2005, but its two most powerful figures are bitter rivals. This year, their rift split the party into two coalitions, or lists: the Al-Nasr Alliance led by Prime Minister Haider al-Abadi and the State of Law Coalition led by party secretary and former Prime Minister Nouri al-Maliki.

Reuniting the lists has become a challenge. Abadi and Sadr have discussed forming an alliance. If that happens, Abadi would most likely have to distance himself from Dawa. If the two Dawa blocs were to reunite, Abadi — and Dawa — would lose a connection to Sadr, whose alliance was the leading vote-getter. One of Sadr’s main conditions is to exclude Maliki from any alliance.

“It is still early to determine how the ongoing talks within the party could end. It depends on a number of things, most importantly, the relationship with the other winning lists," Dawa leader Sader al-Labban told Al-Monitor.

“The leaderships of winning parties are constantly meeting and are extremely positive about discussing everything together," he said. "Maliki presents the idea of the ‘political majority’ and seeks to form one large bloc to form the government alone … while Abadi has ideas about the need to involve all large blocs in the next government.”

Labban ruled out the possibility that the rivalry between Maliki and Abadi for the office of prime minister is holding up reunification. “All signs show that the Dawa blocs will most probably be merged soon and will be in charge of the premiership, no matter whom they nominate.”

Maliki claimed in a May 9 statement to Al-Sharqiya that Dawa leaders, himself included, had signed a deal to restore the party's union after the elections and that running under two different lists was part of the party’s strategy. Dawa wants Abadi to abide by this agreement, he added.

However, Abadi denied making such an agreement and said in a TV statement that Dawa leadership insisted that he head the party's electoral list, and this is why Maliki asked to run separately. “Contrary to the decision the Dawa Party had made … Maliki registered the [whole] party within his bloc. As a result, a rebellion within the party erupted and some considered this to be a stab in the back."

Abadi said, “I advised Maliki of the need to reverse his decision, but he didn't listen.”

In light of this cloudy situation in which Dawa finds itself, some reports claim Abadi's departure from Dawa is imminent, though others deny this is the case.

A source familiar with Dawa told Al-Monitor on condition of anonymity, “The negotiations are now about the post of prime minister and Abadi does not mind merging the two Dawa blocs if it guarantees his nomination for a second term, while Maliki's bloc insists that this matter will be resolved by virtue of an internal vote within the party.”

He added, “Abadi, whose seats in the new parliament outnumber Maliki’s, is in no hurry to make a decision and he wants to discuss the matter with all winning lists to find the best possible partner to achieve his legitimate political ambitions.”

The source didn't rule out the possibility that Iran might push party leaders to compromise "by nominating someone other than Maliki and Abadi to head the government, should the Abadi-Sadr alliance fail.”

Dawa leader Jassem Mohammed Jaafar told Iraq News on May 17, "It's now very difficult for Abadi’s Al-Nasr Alliance to join forces with the State of Law Coalition,” as Maliki and Abadi can't agree on who should be prime minister.

Today, Dawa is at a crossroads, with two most likely paths: Maliki accepts the nomination of Abadi as the new prime minister and restores the party’s unity or Abadi leaves the party indefinitely until one or the other is forced to defect entirely.

It wouldn't be the first time a leader defected from Dawa; many divisions have occurred over the years. Most recently, former party Secretary-General Ibrahim al-Jaafari left Dawa to create a “reformist party” after he was dismissed as prime minister in 2006.

Now Shiite parties need to form alliances and register the largest bloc with the Independent High Electoral Commission before the first session of the new parliament is held. As many parties are seeking to take the post of prime minister away from Dawa, the latter finds itself unable to stand idly by.

It may try to put its internal differences aside until one of its leaders becomes prime minister, after which it could discuss the future of the party or possibly resolve the conflict internally until the next elections are held in 2022.