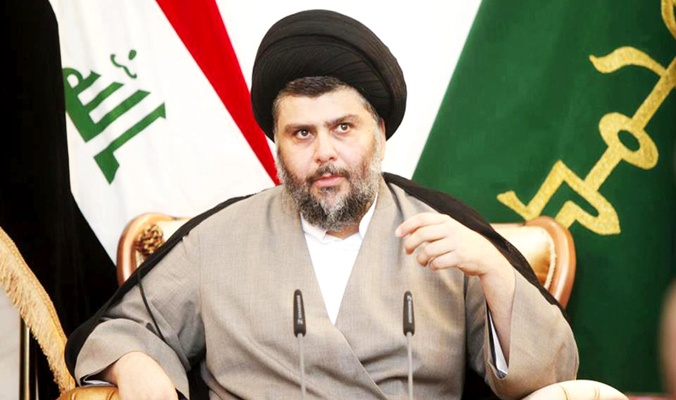 The man who went from being described as a “pest” to “the most dangerous man in Iraq” is back—though Moqtada al-Sadr and his supporters are likely to say he never went anywhere in the first place. The Shiite cleric’s supporters stormed Baghdad’s supposedly secure Green Zone on Saturday and took over Parliament, demanding improved public services and an end to corruption. They left Sunday, on Sadr’s orders, after ISIS attacked an Iraqi city. Their departure avoided further destabilizing the predominantly Shia government of Prime Minister Haider al-Abadi, but the protests not only raised questions about whether the government can stand, it also showed that Iraq’s turmoil has sources beyond Sunni-Shia sectarian divisions.

The roots of Iraq’s current parliamentary crisis lie in the quota system set up in 2003, after the fall of Saddam Hussein’s regime, which guarantees some minimal level of representation to each major ethno-sectarian faction. The idea was such a system would prevent any one of Iraq’s various ethnic factions from dominating the others. Iraq is majority Shia, but has a significant Sunni minority, as well as a large number of Kurds and others. Under Saddam, the Sunnis dominated government and many Shiites and others complained of discrimination. The new system was designed to curb such divisions, but, as Ibrahim al-Marashi, an assistant professor at California State University, San Marcos, wrote on Al Jazeera, “the quota system … empowers politicians based solely on their ethno-sectarian background.”

What that system fostered is chronic corruption. Indeed, the country is ranked 161 out of 168 in Transparency International’s admittedly flawed corruption index even as it wrestles with ethnic and sectarian divisions, as well as a challenge from the Islamic State. Low oil prices have not helped. Revenues from the sector were supposed to rebuild Iraq after years of war that followed international sanctions imposed during Saddam’s rule, but now, with oil prices near multiyear lows, salaries have gone unpaid and Iraq’s problems seem magnified. Emma Sky, a former civilian adviser to the U.S. military in Iraq, wrote in Politico: “The greatest threat to Iraq thus comes not from the Islamic State but from broken politics, catastrophic corruption, and mismanagement.” It is these circumstances that have resulted in massive anti-government protests and calls from Sadr for more, and presumably more honest, technocrats in Iraq’s government.

The role of anti-corruption campaigner is a relatively new one for Sadr, the son of a revered Shiite cleric. The younger Sadr built his reputation in the years following the U.S.-led invasion of Iraq as an anti-American firebrand. His powerful Mahdi Army, which fought the Americans and the Sunnis, disbanded in 2008, has given way to the Peace Companies, militias that are engaged in the fight against ISIS. Sadr’s Al-Ahrar political bloc won 34 parliamentary seats out of 328 in the most recent elections, and is part of the ruling coalition. The cleric has positioned himself as less of a sectarian leader than as an anti-corruption campaigner. It is in this role that he demanded that Adabi, the U.S.-backed prime minister, name a Cabinet of technocrats, a move that, in effect, would have imperiled the quota system upon which the Iraqi political establishment is built.

In theory, the technocrats could lead to better governance and less corruption, but in practice what they will most certainly do is diminish the influence of the various parties, especially the Shia ones. Still, Abadi, who like Sadr is Shiite, agreed with the demands. He named several well-respected Iraqis to his Cabinet, only to see the Shiite-dominated Parliament reject the names. In response, Sadr’s supporters first began protests and then stormed the Green Zone, once impregnable, to take control of Parliament. There, they shouted anti-government slogans—“you are all thieves”—as well as chants against Iran. They left Sunday, but vowed to return if their demands were not met. Although it’s tempting to be sympathetic to Sadr’s demands—after all, who doesn’t want clean government?—the issue is made more complicated by the role of Iran, Iraq’s neighbor that is keen on maintaining Shiite dominance in Iraq.

Iran supports the idea of Shiite unity in Iraq, so long as it enhances Iran’s own influence in the country. Sadr, however, portrays himself as an independent Iraqi Shia nationalist. “Ultimately the deadlock has benefited Sadr\'s political standing,” Marashi wrote on Al Jazeera. “By fomenting a protest movement and delivering an ultimatum to Abadi, Sadr has successfully pitted his two Shia political rivals, the Dawa Party of the prime minister, and the politicians of the Islamic Supreme Council of Iraq (ISCI) in parliament, against each other, undermining Iran’s overarching goal of maintaining a unified Shia alliance in Iraq.”

Abadi’s political future appears secure for now, a fact that is possibly a relief for the U.S., which orchestrated his ascent to the premiership. His predecessor, Nouri al-Maliki, had lost Washington’s support due to policies that were seen to discriminate against Iraq’s minorities. Indeed, Joe Biden, the American vice president, made a surprise visit to Baghdad last Thursday in an attempt to bolster Abadi’s government. But The Guardian points out: “Sadr’s re-emergence as a powerful national leader may have some advantages for Washington. Despite three years spent in voluntary exile in Iran, his newly minted nationalist stance makes him a potential bulwark against Tehran’s influence, which has become all-pervasive since the US left. There are sharp tensions between Sadr and rival Shia factions, and Sadrist militia have clashed with the Iranian-backed Hashd.”

But Sadr’s ultimate aims are anyone’s guess: The Wall Street Journal reported that the Shiite cleric made an unannounced stop Monday in Iran. No other details of the trip were released.