Is America’s Global Prestige Growing, Shrinking, or about the Same? 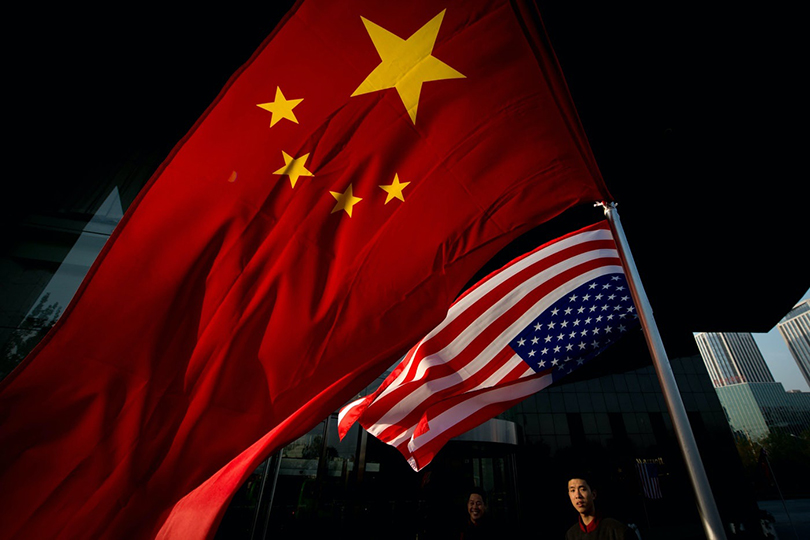 On Wednesday, the Washington Post printed an article titled, “The US Global Standing Plummets, while Americans yearn for a Restoration.” The article was backed by a survey of citizens in democracies (mostly European) by the Pew Research Center.

According to the Washington Post, “Under President Trump, global opinion of the United States keeps falling. That is the conclusion of a new survey by the Pew Research Center, which polled attitudes in 13 wealthy democracies, including numerous staunch American allies.”

“In at least seven nations, including key allies like Britain and Japan, approval ratings for the United States plunged to record lows.”

Sudha David-Wilp a fellow at the German Marshall Fund said, “I think there is still admiration for the United States, but it may be waning very quickly – especially if Trump gets reelected.”

The article by the Washington Post, which is known for its strident opposition to Trump, came out the day after the UAE, Bahrain, and Israel signed an agreement recognizing each other. To Trump supporters, the Pew Survey gave the Post a chance to dim what they considered the glow of success surrounding the new “Middle Eastern agreement in over a quarter century” and a major opening between Israel and the GCC nations.

However, in support of the survey results, there is the reality that Americans have had foreign relations problems for decades. There is a reason for the phrase “Ugly American.” Americans can be egocentric and think they know what is best for the world. The citizens of Libya, Syria, and Iraq know that firsthand.

However, the fact is that the Pew survey has many problems with it – problems that lead one to believe that the survey was designed to be a political tool rather than a reflection of US international prestige.

There were also new nations added that were not included in past surveys. Belgium and Denmark were new countries. Other countries like Canada and Australia were only recently added.

The Corona virus threat is not the answer to the different polling schedule because the report noted that they made this year’s survey a phone survey to preclude any spread of the virus. Therefore, the delay was not epidemic related.

It appears that the survey was delayed bringing the results out closer to the US presidential election to impact them.

Pew poll reports are usually reported just days after the survey. For instance, a survey about attitudes towards the Black Lives Matter movement was taken between September 8th – 13th and reported three days later September 16th.

The survey on attitudes towards the US took place in July and August but was only released the day after President Trump had garnered what his supporters consider a major Middle Eastern diplomatic coup. Therefore, the report was apparently delayed maximizing the negative impact on Trump. Much of the negatives came from attitudes about the US handling of the Corona virus.

The survey noted that Trump had more support among more conservative parties- although the Pew definition of a “Right Wing Party” was vague and not backed up by data.

Note that it is really very difficult to categorize US and European “right wing” voters. For instance, while the Brexit was the major issue in British elections, critical American issues like gun ownership are less important (or non-existent) in Europe.

The responses of these conservative European parties in this survey are where some of the results can be legitimately questioned. For instance, the survey said that only 19% of British voters thought Trump would do the right thing regarding world affairs.

Despite the difference in critical political issues in Britain, Trump is popular with those who supported the Brexit. Non-Brexit voters also have a higher opinion of Trump than those of the other nations. How is it then that the survey says Trump only has the confidence of 19% of Brits? This is especially strange since Brexit voters are mostly British – both in the Brexit vote and the general elections held last year.

The same can be seen in other countries where “right wing parties” that did well in recent elections and who are more likely to approve of President Trump seemed to be underrepresented in the final results of the Pew survey.

However, we will never know. The Pew report does not provide the internals to its surveys. Except for the gross number of those surveyed, there is nothing on gender, age, political affiliation, etc.

There are also some interesting facts that did not make it to the headlines. The UK (America’s closest ally) gave America (under Trump) the same sort of “very favorable” ranking that they did under Obama.

There is a saying in the polling business. “If you can’t look at the internals of the poll, then it doesn’t count.” This is true in the Pew poll. There are too many unanswered questions.

This sloppiness in the internal assumptions of polls was an obvious polling mistake in the 2016 presidential election. Polls showed Clinton winning easily because the internals were manipulated to favor Clinton. The election results, however, had Trump winning the Electoral College easily.

In America, polling has become less of a touchstone of reality and more of a tool to push opinion in a certain direction. It appears that the Pew Research Center survey has fallen into that category.

Admittedly, Trump is unpopular among many Europeans, especially those who are more liberal, just as he is unpopular with American liberals. However, it appears that he had a solid backing of a growing group of populist voters who are upset with the “business as usual” of many political parties.

Which brings us back to the state of American prestige internationally.

Trump ran in 2016 on an “America first” platform. Logically, America first means other nations come in last. And that is reflected in the Pew poll results. Naturally, Germans want Germany first and French want French first.

The sense of American prestige does fluctuate, and actual results may be best seen in the long term. It seemed low at the beginning of the Reagan presidency, but it ended the Cold War.

So, has American prestige grown or declined? It seems that those who do not like Trump see American prestige as having declined. However, among the rapidly growing populist “right wing” parties it remains strong.

And, for those Americans who voted for Trump to “Make America Great Again,” American prestige has grown in the last 3 ½ years.

The actual state of American prestige internationally will depend on who wins elections (in America and abroad) in the future.