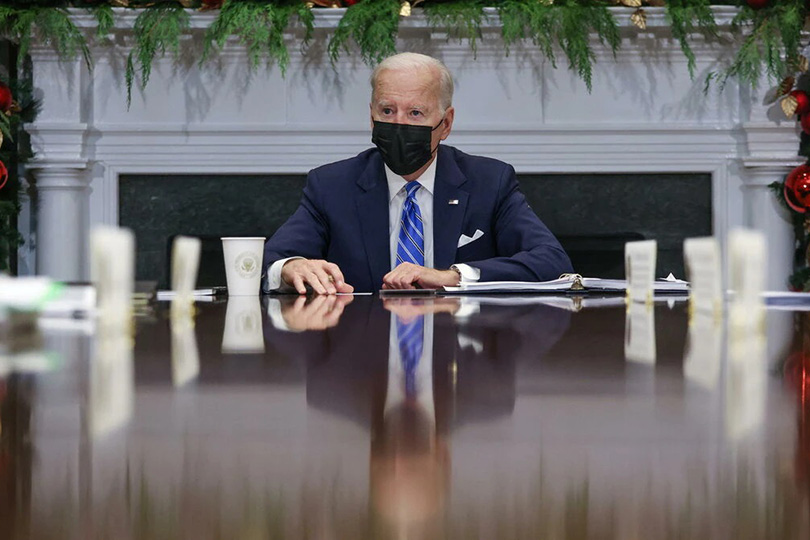 This weekend the “Summit for Democracy was held in Washington DC, although many only attended via the Internet. It had been proposed by Biden because “Trump’s foreign policy had damaged democracy so much.” This, Biden insisted, was a way to help the global growth of democracy.

Of course, there was the question of what a democracy summit was for? Which nations qualified as democracies? Who should be invited? What was the purpose of the summit? What does democracy mean? Does it merely mean elections? Does it require a fair implementation of law to all citizens? Does it also include a respect for differing opinions and human rights? Does it include trying to establish democracy as part of America’s foreign policy?

Most important, does America, and other established democracies, practice what they preach? The American Secretary of State said last spring that it hoped to implement much of its agenda to improve worldwide democracy by rejoining the UN Human Rights

Council – which seems to prove that Biden’s democracy policy was merely rhetoric, not substance.

In many ways, the Biden record on democracy seems to be an attempt to implement the Biden domestic agenda, when he said that America must “lead by example.” Leading by example for Biden means passing his domestic budget.

One important question is what is this summit going to accomplish? Doctor Colin Dueck told a panel held at the Heritage Foundation that cancelling the summit and spending the money on submarines to patrol the Taiwan Strait would do more to sustain democracy then this summit.

The questionable goals of the summit were clearly seen in the invitation list. Europe was well represented as the home of many established democracies. The Middle East only had two attendees (Israel and Iraq). Tunisia, which is trying to establish a true democracy wasn’t invited. The Philippines was invited although they are hardly considered a functioning democracy. The same held true for the Ukraine, which is considered corrupt, but is a bulwark against Russia at this time.

On the other hand, several of the established democracies are drastically losing their credibility due to the Covid virus. Australia has instituted internment camps where people find themselves interned even though tests show them uninfected. There is even a case of an opposition Australian senator (Senator Alex Antic, a critic of Australia’s Covid response) being placed in an internment camp even though he has not been infected.

This same anti human rights behavior can be found in several democratic European nations like Germany, Austria, France, and the United Kingdom. If the right to petition their government for address of grievances is a part of democracy, then several nations in Europe are not democracies as they are facing major demonstrations over the mandatory vaccinations and loss of freedoms for those who refuse to be vaccinated. Are militarily clad police used in Paris any more democratic than militarily clad police in any of the so called totalitarian countries ?

Interestingly, Russia and China, who weren’t invited, were very clear that the host country, the United States, was also failing to keep its own democracy in healthy condition. Russia accused the US of failing to cover the corporate manipulation of the media and the accusation that the 2020 election was stolen.

China was incensed that Taiwan was invited and maintained that its system was a balance between democracy and development.

Obviously, the reaction by Russia, China, and others shows how much this summit has hit an exposed nerve.

Clearly, the United States is vulnerable when it comes to the issue of operating a model democracy.

One of the issues that America is vulnerable on, yet was a subject of a conference, was media freedom. The Biden Administration has restricted the American media by not allowing the reporters covering the White House to ask the President questions and carrying out attacks on news agencies that oppose the Biden agenda.

One recent example was the FBI raid on Project Veritas last month over the issue of a stolen diary of Biden’s daughter. Project Veritas insists that they turned the diary over to law enforcement a year ago. Besides that, something like the theft of a personnel diary is left to local law enforcement instead of a heavily armed federal police team.

The attack was condemned by both liberal and conservative news groups. The Committee to Protect Journalists stated, “The FBI’s raids on the organization’s founder and his associateds represent a concerning overreach by law enforcement.”

They continued, “[it] sets a dangerous precedent that could allow law enforcement to search and confiscate reporters’ unpublished source material in vague attempts to identify whistleblowers.”

The California Attorney General was Kamala Harris, who is now the Vice President. Ironically, VP Harris made the closing remarks on Thursday after a panel on preventing and countering corruption.

In Harris’ defense, corruption extends much farther in the United States political system. Several news agencies have investigated the “soft corruption” of both Republican and Democratic politicians, including House Speaker Nancy Pelosi and Republican Congressman Boehner.

Democracy also includes the right of citizens to speak up and oppose government policy without retribution.

By using the Patriot Act, which was passed to stop terrorists like those who attacked the World Trade Center on September 11, 2001, Attorney General Garland ordered branches to investigate parents who oppose certain educational programs. An FBI whistleblower informed a congressman that thanks to the Garland memo, the Counterterrorism and criminal divisions started to track the threats even though there has been no incident of violence.

This behavior merely adds to the FBI’s reputation of abusing laws like the Foreign Intelligence Surveillance Act, which was used to investigate may American citizens.

These actions, including Biden’s attempt to mandate Covid vaccines and masks without congressional approval, shows that America’s claim to be the champion of democracy is questionable.

So, what will come from this week’s Summit of Democracy? Very little, if history is a teacher.

As noted, before, much of it is a “photo op” for Biden and his administration. They will try to craft the summit in ways to forward their domestic agenda – specifically passing the budget and opposing the growing strength of the Republicans in state legislatures. Expect news reports from White House friendly media sources that by stopping Republican attempts to address problems with redrawing congressional districts (a Constitutional right of state legislatures) is really an important part of improving democracy.

Outside the domestic agenda, there will be little movement. As we have noted in the past, international conferences can agree on anything, but it is usually legislatures that really make the changes.