Sanctions on Iraqi Political Figures: Shaping the Impact and Message 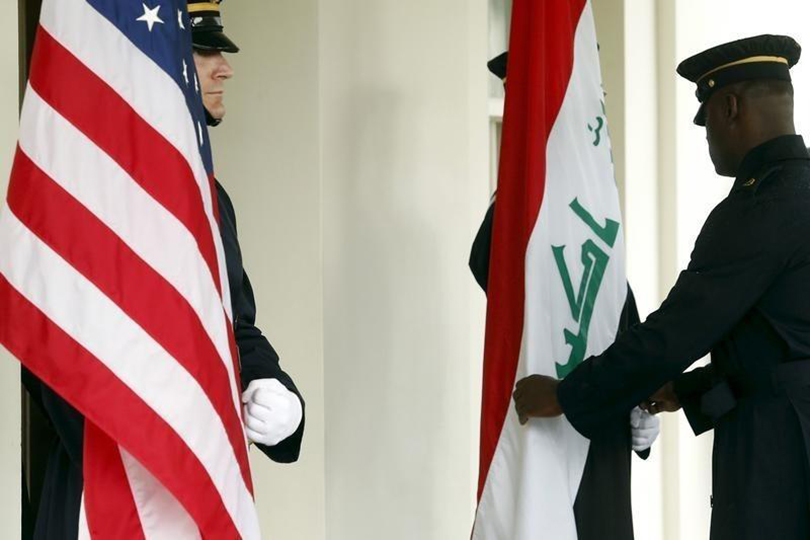 On July 18, the U.S. Treasury Department’s Office of Foreign Assets Control announced new sanctions on four Iraqi citizens under Executive Order 13818. The decision marks the first use of the Global Magnitsky Human Rights Accountability Act to target perpetrators of serious human rights abuses and corruption in Iraq—the opening step in a campaign that will see more of the country’s politicians sanctioned. To ensure that this campaign succeeds in both curtailing abuses and warning other figures to put Iraqi national interests first, U.S. officials should support it with a clear communications strategy.

WHO WAS SANCTIONED, AND WHY?

The four men designated this week were targeted for a variety of reasons. Rayan al-Kildani and Waad Qado each lead militias that have ignored Iraqi government orders to withdraw from Christian areas of the Nineveh Plains, where their reported abuses have deterred the return of displaced persons and blocked reconstruction activities. The other two targets—former Iraqi governors Nofal Hammadi and Ahmed al-Jubouri (better known as Abu Mazen)—were sanctioned for corruption. Both had previously been indicted by Iraqi courts for similar offenses.

Iraqi leaders and media appear quite shocked by the designations, especially that of Abu Mazen, the top political player in Salah al-Din province. Apparently, they do not understand the logic behind singling out these men. U.S. sanctions tend to target Shia militia leaders or those with very open ties to sanctioned entities linked to the Shia regime in Iran. In this case, however, one of the designated figures is Christian, another is Shabak, and the other two are Sunni. Moreover, a host of Iraqi officials could credibly be sanctioned for human rights abuses or corruption, raising questions about why these four were targeted first.

The sanctioning of Kildani and Qado clearly stems from their refusal to relinquish key highways and towns in the Christian parts of Nineveh. With the Iraqi government seemingly unable to compel their small groups to move even a few miles, the U.S. government has taken matters into its own hands. Besides pressuring forces to withdraw, the designations will hopefully encourage other militia leaders and senior Shia politicians to reduce local corruption, comply with Baghdad’s lawful orders, and avoid targeting U.S. personnel and bases.

The logic of sanctioning Hammadi and Abu Mazen requires more unpacking. Hammadi was likely targeted because he is a hated figure in Iraq—a former governor notorious for negligence that led to the drowning deaths of over a hundred Moslawis in a March 21 ferry disaster, and for corruption that delayed the rebuilding of Mosul city. Sanctioning him sends a warning to other governors who have power over international aid transfers; it also provides a sharp reminder to resist militia penetration of local economies and governance wherever possible.

Abu Mazen was likely targeted for two reasons: because other Iraqi Sunni leaders know him well, and because he “has been known to protect his personal interests by accommodating Iran-backed proxies that operate outside of state control,” according to the Treasury announcement. Other Sunni leaders such as Khamis al-Khanjar, Nineveh governor Mansour Marid, Salah al-Din governor Ammar Jabar, and various provincial council chairs and police chiefs may now consider the threat of sanctions when assessing the risk and reward of supporting Iran-linked militias. The next set of U.S. designations will not be far behind—the question for individual Iraqi politicians is whether their actions will place them at the top of the pile or safely further down the stack.

To enhance the deterrent effect of new sanctions, the U.S. government should help Iraqis better understand what being listed as a Specially Designated National entails. Once individuals are placed on the Treasury’s SDN list, they will find it very difficult to open or hold bank accounts, transfer money, or conduct property transactions outside Iraq. This is due to the automated screening systems used by most international banks, who often practice strict compliance policies to ensure they are not fined or cut off from U.S. capital markets and currency. Foreign investors likewise tend to abandon sanctioned individuals and their companies, often resulting in the collapse of businesses.

SDN designation can also create diplomatic isolation and cripple one’s political career. No U.S. entity, including government officials and aid agencies, will normally meet with persons on the SDN list. In addition, designation under the Global Magnitsky Act prevents entry to the United States, complicates visa issuance by other countries, and may be flagged by automated screening systems at airlines. To avoid legal challenges against capricious sanctions, the Justice Department’s evidential requirements for designations are quite rigorous; accordingly, many nations view SDN listing as sufficient reason to exclude and limit interaction with an individual. Perhaps most ominous in the present case, no Iraqi placed on the SDN list has ever been appointed as a cabinet minister or provincial governor after being designated.

Washington should also make clear to Iraqis that the new sanctions are intended to amend behavior so that U.S. security interests are no longer threatened. At the same time, this is why sanctions on leaders such as Abu Mazen may be lifted in the future—albeit with great difficulty, and only if robust evidence emerges that they have ended problematic activities or relationships. For example, the U.S. government exercised this option last year, removing Turkey’s interior and justice ministers from the SDN list after Ankara released U.S. citizen Andrew Brunson from prison. The same relief could come for Iraqi militia leaders who agree to follow the prime minister’s orders and cease human rights abuses, as well as for politicians who stop placing their own interests (and often Iran’s) above those of the Iraqi people.

Going forward, the U.S. government may wish to take the alternative route of sanctioning Iraqis under Executive Order 13438, issued in 2007 under the title “Blocking Property of Certain Persons Who Threaten Stabilization Efforts in Iraq.” That authority would make adding and removing people from the SDN list more simple, allowing Washington to delist individuals who have ceased threatening U.S. security interests, but without inadvertently signaling that they are free from corruption or human rights abuses.

The United States should also work with its coalition partners in Iraq—particularly Europe—to better coordinate sanctions. Once these partners understand and agree that a targeted individual is problematic, they are more likely to respect the SDN listing for visa purposes. They could even use the promise of entry as leverage to prod designees on ending dangerous behavior, including support for Iranian security operations in Iraq.

Indeed, when rolling out future sanctions, Washington should ensure that they target individuals whom Iraqis still regard as Iranian-influenced. In the case of Abu Mazen, some confusion emerged because he had seemingly become more critical of Iran-backed militias in recent months; as a result, sanctioning him sent a mixed message about what fate awaits those who show gradual improvement on issues of concern to Washington. These optics are important—ideally, sanctions should focus on individuals whom Iraqis clearly see as being negative actors right up to the date they are sanctioned.