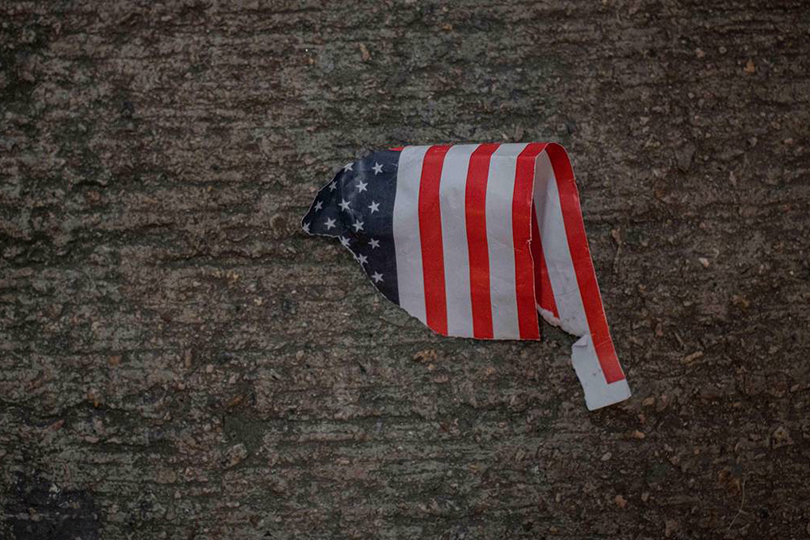 Long held up as a model for Europe, the United States is now also suffering from balkanization, internal competition, out-of-touch and short-sighted leadership, and narrow turf battles. Given the large number of pressing global challenges, the world must hope that America does not go further down that road.

In 1946, with war-ravaged Europe exhausted and in disarray, Britain’s wartime leader, Winston Churchill, gave a speech in Zurich in which he emphasized the need to “recreate the European fabric” in order to restore peace and freedom to the continent. “We must build a kind of United States of Europe,” Churchill declared. It was a foundational moment for what would become the European Union, even if Churchill’s views of the United Kingdom’s place in Europe were rather more nuanced.

Subsequent attempts to construct a united Europe have never lived up to the grand vision that Churchill advanced that day. Indeed, in the 74 years since his speech, the United Kingdom first refused to take part in the European project, then grudgingly entered the bloc and secured numerous opt-outs and concessions, only finally to leave it in January this year.

Nonetheless, the idea of a cohesive Union remained, with the United States of America seen as the ideal model for what Europe might someday become. Indeed, in 2006, a year after French and Dutch voters rejected the ill-fated European Constitution, Belgium’s then-prime minister, Guy Verhofstadt, published a manifesto for the continent’s future that evoked the Churchillian dream. He titled it “The United States of Europe.”

But after a decade of crises, sluggish growth, ineffectual leadership, and internal divisions, the idea of building such an entity has all but faded away, and Europe has taken a sharp turn toward intergovernmentalism. For all the talk of shared values and common approaches, robust unity is simply not feasible right now.

For the foreseeable future, Europe will remain politically constrained by the reality of parochialism – epitomized by member states’ extreme difficulty over the last month in reaching agreement regarding pandemic-related recovery funds and how to share the additional debt burden. Rather than bridging divides, multiple meetings of EU heads of government and finance ministers have only highlighted and reinforced them. We cannot act together, because we do not think of ourselves as belonging to a single whole.1

There is no United States of Europe, but rather united blocs of states within Europe. We often hear about the “frugals,” the Visegrád Group, the Nordics, and the Southerners, for example. A similar dynamic was evident during and after the 2008 financial crisis, in the EU’s weak response to Russian aggression in Ukraine, and, devastatingly, during the 2015 migration crisis. And Europe lacks the leadership needed to align these blocs and push everyone in the same direction.

Worse, the US under President Donald Trump is taking a similarly troubling turn. In the absence of strong and effective national leadership, US states – and, more tellingly, groups of states – are going it alone.

On April 13, California, Washington State, and Oregon announced the formation of a “Western States Pact” to coordinate their coronavirus response, while seven northeastern states have established a similar grouping. With the federal government failing to coordinate procurement of medical supplies to combat COVID-19, state and local governments have reportedly been competing to purchase scarce personal protective equipment and ventilators, thus driving up prices. California Governor Gavin Newsom has even taken to referring to his jurisdiction as a “nation-state.”

My intention is not to opine about US federalism or the extent of Trump’s authority (although his recent claim that he wields “total” authority under the US Constitution was so roundly rejected by all sides that he backed down the following day). My point is to express real concern.

After all, it is precisely the dynamism resulting from America’s unique marriage of diversity and cohesiveness that has made the country a model for many Europeans. US Supreme Court Justice Louis Brandeis once famously remarked that any state could serve as a “laboratory” for innovative policy experiments which could later be adopted nationally. And the US has been far more successful than Europe in achieving the delicate balance between empowering individual states and maintaining a sense of national unity.

Today, however, America, too, is falling victim to balkanization, internal competition, out-of-touch and short-sighted leadership, and narrow turf battles. Such warning signs suggest that the US is becoming more like Europe, rather than vice versa.

These developments are especially worrying because the coming years will be exceedingly difficult for a world fundamentally changed by COVID-19. The International Monetary Fund is now predicting that global real GDP will shrink by 3% in 2020 as a result of the virus, compared to a drop of -0.1% in 2009, in the depths of the Great Recession. That episode fueled the profound political polarization, populist surge, and instability that continue to hamper the world’s ability to tackle pressing challenges such as COVID-19.

We will need global engines of creativity and economic growth. More than at any time since the end of World War II, the world needs America to be at its best and most effective, and to be a model to emulate again. For its own sake and ours, the US cannot become another Europe.