The Liberation of Fallujah, the Fall of Baghdad 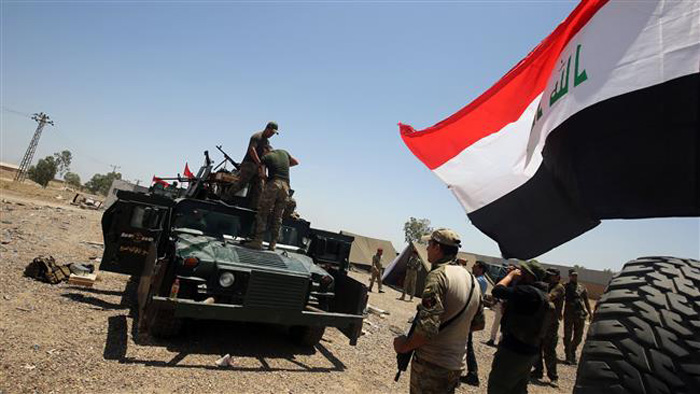 What does it matter if we liberate Fallujah but, in the process, see Baghdad devolve into sectarian chaos and militia rule? That’s the question vexing Iraqi and coalition decision-makers in the wake of a spate of recent bombings in the nation’s capital and Shiite south.

The numbers speak for themselves. The self-styled Islamic State claimed on May 18 that it had killed 522 Iraqis in the Baghdad area over the last month, almost all of them civilians. The militant group proudly boasted of achieving this feat with 15 suicide vests and six vehicle-borne bombs. Massive bombings of Shiite civilian areas in Baghdad on May 11 and May 17 accounted for roughly 200 of those deaths and wounded hundreds more.

The Iraq Body Count website shows a monthly average of 1,081 people killed across the whole country in the first third of 2016, suggesting that May’s final death toll may end up being the highest in any month since the Islamic State’s offensive began in the summer of 2014.

I monitored daily Baghdad attack patterns for more than a decade as a threat analyst working for security companies in Iraq, and two conclusions about the current wave of violence immediately stand out to me.

This crisis was never solved. It only abated because the Islamic State found something better to do with its troops — namely, take over Fallujah, Mosul, and most of northern Iraq. We’re facing the same problem today that we did back then. But as the increasingly effective Iraqi and coalition forces deal the Islamic State further setbacks on the battlefield, the militant group is already starting to evolve back toward its terrorist tactics. The beginning of the offensive to retake Fallujah — which has already seen intensive coalition and Iraqi airstrikes and Iraqi forces moving into some districts on the city’s outskirts — likely signals that the Islamic State is about to suffer another loss of territory.

Second, Baghdad today is not the Baghdad of 2013. The city’s citizens have become used to greater security, and they will want to keep it. The capital’s population is already protesting corrupt governance and scarce services and will soon have the annual summer electricity shortages to deal with.

At the same time, Shiite militias such as the Iran-backed Asaib Ahl al-Haq and Moqtada al-Sadr’s Saraya al-Salam are itching to take over metropolitan security from government security forces — which not only have been unable to quell the rising attacks but also failed to prevent Sadrist mobs from looting the parliament last month.

Such a development, however, would lead to new problems. The Shiite militia forces from the Mosul offensive could pull back in an effort to be seen as securing Baghdad, thus further postponing efforts to retake Iraq’s second-largest city. Never mind that bringing more troops to the capital won’t stop the bombings — Baghdad is already garrisoned by about 48 percent of Iraq’s combat troops, and yet attacks still occur.

Why is Baghdad so hard to secure?

The Iraqi capital covers around 150 square miles — roughly the same size as Athens or Ankara. It has a perimeter of more than 70 miles and sits at the center of a network of eight trucking highways, which bring potential bomb-carrying vehicles into Baghdad from every point of the compass. Innumerable smaller roads provide access to the halves of the city west and east of the Tigris, around which Baghdad was built.

Although there are large Sunni neighborhoods inside the city, these places are not where the bomb attacks targeting Shiite areas typically originate from. Following the mass sectarian cleansing of 2005 to 2008, the Sunnis of Baghdad are careful not to draw further violence onto themselves. Their areas are extensively barricaded with concrete walls, and the entrances to these ghettos are closely screened by government troops.

Instead, the adjacent rural districts — dubbed the “Baghdad belts” by the U.S.-led coalition — are the key problem. When the U.S.-led coalition “surged” in Iraq in 2007, the Baghdad belts were the target of long, patient counterinsurgency campaigns in which the security forces embedded with the population and earned their trust and cooperation against the terrorists.

Today, these same districts are where the Islamic State is launching its renewed bombing campaign against Baghdad. But the Iraqi security forces (ISF) are operating at a much more rudimentary level in the “belts,” guarding static outposts or lumbering around in big, clunky “clearance operations” that the Islamic State can easily avoid. In fact, ISF is acting a lot like the coalition did back in those pre-surge years of the occupation.

Nor are the entrances and major avenues of Baghdad being secured. The city is a thriving center for business and trade, so inbound and outbound highway traffic must keep moving. Every day, more than 1 million people cross over the 11 bridges linking the overcrowded eastern districts of Baghdad — home to Sadr City’s 2 million souls — to the western side’s government offices and businesses.

The numerous checkpoints at the city’s entrances and intersections provide little protection. Fatigued troops — worn down by the weather, heat, dust, and boredom — typically wave vehicles through with barely a cursory inspection. Many checkpoints still use the notorious ADE-651 fake bomb-detection wands, years after they were proved to be completely ineffective. If bombers need to be sure of passage, they learn how to bribe their way through checkpoints.

The utter brutality of the Islamic State’s recent bombing campaign has led some to consider a few fairly extreme solutions. One option being touted for Baghdad is allowing Shiite militias to take the lead on security. Militia harassment would further depopulate certain Sunni areas suspected of functioning as launching pads for bombers. Exactly as happened in 2014 to the district of Jurf al-Sakhar, south of the capital, Baghdad would be physically walled off from the suburbs.

Outsiders to Baghdad — which really means Sunni outsiders — would then be required to register with guarantors before being given access to the city, much as Iraq’s Kurdistan region requires of Arab visitors. Militias, viewed as being less susceptible to bribery, would secure their own areas and entrances to the city at armed checkpoints. Government security forces would play a lesser role in capital security.

Though this can be made to sound like a slick solution, it is a quick way to lose Baghdad to militia rule. Nongovernment armed forces in Iraq have a track record of quickly criminalizing, engaging in sectarian violence and kidnap-for-ransom. The Iraqi public is loath to accept militia rule — but they need to be provided with a credible alternative.

A high-tech solution could offer a better way forward for Baghdad. I visited key security officials in the capital in March and ended up discussing long-laid plans to develop a “ring of steel” system for Baghdad.

Nearly a decade ago, planners began to envisage a technology-enabled and intelligence-driven system for protecting the city from bombers striking at it from its outskirts. The basic idea was to identify suspect vehicles ahead of their entry to the city with cameras and scanners and to divert them into handling areas where they could be searched without risking pre-detonation among the lines of civilian cars gathered at checkpoints. In London, which many security officials who were formerly exiles under Saddam Hussein’s regime know intimately, rising bollards can close down key streets in a matter of seconds.

Small-scale trials of such systems were undertaken in Baghdad in 2013 and 2014, but the system’s components — covert scanning vehicles, intelligence fusion centers, and an agile series of checkpoints and vehicle-handling bays — were never procured. Smart security systems on a citywide basis are neither cheap nor simple to integrate: A “ring of steel” system proposed for New York City was expected to cost $150 million to set up and $8 million per year to run. As Iraq seeks to qualify for a $5.4 billion International Monetary Fund loan package this summer, it is being pressured to reduce, not expand, its spending.

A multilayered defense system for Baghdad

Costly or not, something needs to be done. The Iraqi government and the U.S.-led coalition need to surge efforts against Islamic State bombings in Baghdad, in the same way they worked together to build Iraqi forces that could beat the Islamic State on the battlefield.

There’s no need to start from scratch: Iraqi officials would do well to survey the best solutions the U.S.-led coalition identified before 2011. The international private sector needs to be rolled into the process, just as engineering firms were shepherded into Iraq to perform vital maintenance on Mosul Dam.

The effort need not be gold-plated or overly complex — it just needs to take the best and easiest implemented parts of “ring of steel” models and apply them as quickly as possible, backed by international funding. A credible deployment of technology and intelligence might re-energize Iraqi troops manning checkpoints, who would finally stand a chance of succeeding in their protective mission — and it might also make corrupt troops think twice about cheating a system that could now double-check their performance. Specific financing could be gathered from donors present at the sidelines of the G-7 meetings in Japan on May 26 and 27, where Iraq’s economic needs will be a major topic.

The coalition also needs to work with Iraq to partially rebuild the winning partnership of Iraqi and Western special forces that ripped the Islamic State’s forerunner, al Qaeda in Iraq, down to its roots in 2009 and 2010. Back then, a U.S. and British Joint Special Operations Command (JSOC) task force decimated al Qaeda through relentless intelligence-driven special forces raids in Baghdad and the rural “belts” outside the city.

Though Iraq’s special forces have been allocated to the front lines and retooled for conventional fighting, there is still a U.S.-backed counterterrorism special unit inside Baghdad — the Ministry of Interior’s Emergency Response Division — that could hunt down Islamic State cells if paired closely with the international coalition’s unmatched intelligence and special forces capabilities.

But the best defense for Baghdad is a good offense. Bombings in Baghdad were far less frequent when JSOC was decimating al Qaeda’s networks in the capital’s rural belts, where car bombs were constructed, then launching follow-on raids against a range of targets before the jihadi group even realized other members of its network had been taken down.

Special operations, intelligence, smart thinking, and technology can meaningfully reduce the threat to Baghdad, keeping the militias under control and keeping the Mosul operation on track. This should be a priority for Iraq and its coalition partners. Because what, really, is the point of liberating Mosul, only to lose Baghdad in the process?