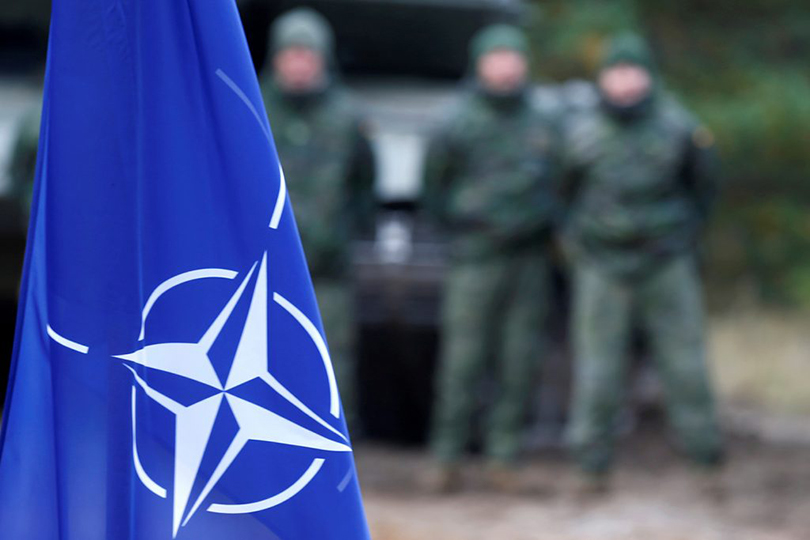 Brinkmanship between the military forces of major powers has been a part of international relations for centuries. Although they risked war, these provocations also allowed militaries to train their forces and see how the potential enemy reacted.

However, by the Cold War, the forces of NATO and the Soviets had taken this type of brinkmanship to new heights, with naval land and air forces coming close to shooting incidents on a regular basis. The answer was an understanding about what was considered acceptable behavior and what was considered overtly hostile. Some of these rules were common sense: military aircraft and naval vessels would follow international rules concerning “rules of the road,” not using fire control radar to target a warship on the other side, not carrying out dangerous maneuvers that could cause a collision, cutting back on hostile military exercises during diplomatic summits, etc.

The rules worked well and both sides were able to carry out their exercises without risk of war. The Cold War ended without any accidents leading to a major conflict.

That has changed. In the last week alone, several incidents have gone beyond the old rules of behavior.

One was the Russian naval exercises off the coast of Hawaii – the largest since the Cold War. Although they did not enter American territorial waters, they came close enough that American fighter aircraft were scrambled on at least two occasions. The Russians made it clear that the purpose of the exercise was to destroy a naval task force – the type that could be found at the naval base at Pearl Harbor, just a few miles away.

Ironically, this happened just as Biden was sitting down with Putin for their summit talk – talks that the White House insisted were successful. Biden had given Putin the “go ahead” on the Russian pipeline, backed down on the ransomware issue, and the stationing of Russian troops on the Ukrainian border.

Former Deputy National Security Advisor K T McFarland later said that Biden should have walked out of the talks immediately.

This was not a “one time” event. Just this week, Russian bombers, escorted by Russian fighter aircraft, entered the Baltic Sea airspace. The Russian move forced fighter aircraft of several nations (Denmark, Sweden, and Italy) to scramble from bases in Estonia to intercept them.

On Wednesday, Russian ships and aircraft are alleged to have fired warning shots at the British warship HMS Defender, an air defense destroyer. The Russian Su-24 attack aircraft dropped four bombs near the ship according to the Russians.

The British Ministry of Defense denied that and said the firing was part of a scheduled naval exercise that was nearby.

This would be the first time since the Cold War that Russia used live munitions to deter a NATO vessel.

A BBC correspondent was on the Defender at the time and verified the aggressive action by Russian aircraft and patrol boats. However, the video did not show any bombs or cannon fire. There, however, was aggressive maneuvering by the Russian ships – something that was not permitted under the Cold War rules.

But what was the most provoking incident of the week, was the Russian naval exercise just off the coast of Hawaii. It was the largest Russian exercise in the Pacific since the end of the Cold War. It included 20 warships, fighter aircraft and long-range bombers.

The exercise showed that Russia is attempting to develop a post-Cold War ability to project power well beyond its borders.

Although most of the exercise took place 300 miles off Hawaii, some warships came as close as 20 nautical miles off the Hawaiian coast.

The fleet was not unescorted. Three American Arleigh Burke Class Destroyers and a Coast Guard cutter monitored the exercise. When Russian “Bear” bombers approached US territorial waters, the Hawaii National Guard scrambled F-22 stealth fighters. The bombers never entered US airspace and turned around after being intercepted.

The Russian Defense Ministry described the exercise as “destroying an aircraft carrier strike group of a mock enemy.” The most powerful Russian warship was the Slava class Cruiser, which carries 16 S-300F anti-ship missiles. Obviously, the Russian bombers would also be carrying anti-ship missiles that they would launch as they enter the missile’s range.

Exercises like this provide information for both sides. It gave the Russians a chance to carry out some of the tactics that would be used against an American naval task force. It also gave the Americans an idea of what to expect.

Both sides can learn radio frequencies that may be used in an operational situation and what bands of radar are used.

It appears that Russian naval tactics have not changed much since the Cold War. Back then, the idea was to fire massive salvos of anti-ship missiles that would overwhelm American Navy air defense systems. This, in turn led to the American development of the Aegis air defense system that could track multiple targets and launch several missiles at the same time. With the multi-layer air defense system of Navy F-14 aircraft and their Phoenix missile system and the Phalanx close-in weapons system, the naval task force could destroy most of the aircraft before they launched their missiles and then intercept any anti-ship missiles that did get launched.

The Russian tactics still focus on overwhelming the carrier air defense systems. But, this time, the Russians have another technology – hypersonic missiles, which will be harder to intercept.

However, American aircraft carriers are not defenseless. Navy video footage of shock tests on the newest American aircraft carrier, the USS Gerald Ford, demonstrated that it can absorb considerable damage and continue operating. In the shock test, a 40,000-pound high explosive charge (equivalent to the combined weight of about 20, S-300F anti-ship missile warheads) was detonated underwater and 500 feet from the carrier. The ship remained operational, even though the blast caused an earthquake in Florida.

American aircraft carriers are known for their ability to absorb damage. In 1967, the aircraft carrier USS Forrestal had a fire that killed 134 men and wounded 161 men. The fire caused 10 bombs with a high explosive weight of about 10,000 pounds to explode on the flight deck. Despite the damage, the carrier sailed to the Philippines for repairs before returning to its homeport. Although the rear part of the flight deck was seriously damaged, the USS Forrestal could have continued limited air operations within a few hours if it had been necessary.

Pentagon war planners while alarmed by Russian maneuvers they project confidence in US military power, they insist that American carriers are tougher than many think. And the air defense systems of the carrier task force are better than they were in the Cold War. They believe that the current defense doctrine would call for destroying hypersonic missile launcher systems like bombers and warships before they are launched. There are also electronic warfare tactics that would try to confuse the missiles in flight. Finally, there are maneuvering tactics for the warships that would make it harder for the missile to hit its target.

They point out that redundancy is important. Since there is the risk of a carrier being damaged, most carrier task forces that are intended to go into a major conflict are expected to operate with two aircraft carriers.