HOW BELGIUM TURNED BRUSSELS INTO AN ISIS POWDER KEG 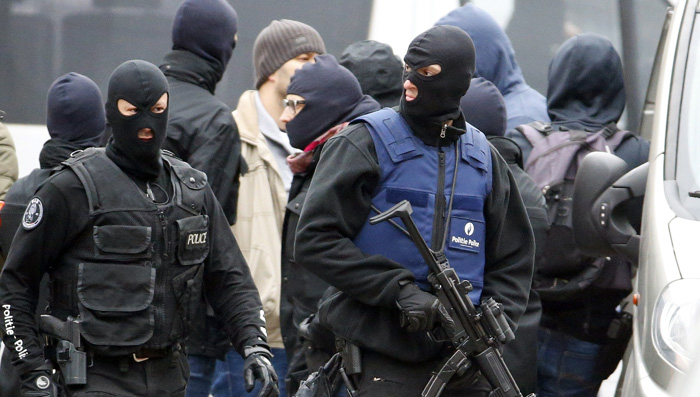 About a dozen years ago, I stepped into a Brussels taxi and gave the driver a note with an address on it. He took it silently, set the meter and drove off through the city’s bustling, high-end hotel district. The gleaming steel and glass storefronts for Gucci, Tiffany and Dior soon gave way to grittier streets.

I was on a mission to find and photograph a house where a friend’s father, a B-17 pilot, had been hidden by the anti-Nazi underground during World War II. A riveting book about his daring escape from Brussels through France, The Freedom Line, suggested that the neighborhood where he was hidden was populated back then by middle-class burghers living in neat rows of pastel-colored brick townhouses.

“Why are you going there?” my driver asked, his North African, Arab features—dark eyes and wiry black hair—framed by the rear view mirror.

I told him my story.

“It’s very different now,” I recall him saying. “It’s all Arab.” And then, unprompted, he delivered a bitter lecture on the history of Arabs in Belgium, how they were imported from North Africa in the 1950s and 1960s as cheap labor to work in the factories. Most of those businesses had moved on, he said, leaving the immigrants unemployed with no real future for decades. In January, youth unemployment sat at nearly 23 percent, according to official estimates. “Although there are no statistics for Muslim employment levels,” the Euro-Islam website says, citing the Organization for Economic Cooperation and Development, “the foreign-born have unemployment rates more than twice that of indigenous Belgians.”

The street I was looking for in 2004 abuts the Schaerbeek neighborhood, where on Tuesday Belgian police were desperately searching for perpetrators of the spectacular attacks hours earlier on the Brussels airport and a metro station. The Islamic State group, known as ISIS, claimed responsibility for the attacks, which killed at least 31 people and wounded more than 80. The group has called for Muslims in the West to rise up and carry out attacks on their own.

Authorities have said their hunt for extremists since last November’s attacks in Paris have been hindered by a passive acquiescence on the part of Muslim immigrants to the presence of anti-Western militants in their midst.

(On Tuesday, an umbrella group of Belgian Muslims condemned the attacks, saying they “complicate the efforts of society...and the entire Muslim community in favor of a harmonious coexistence.” Previously, the group had been “criticized...for not condemning the violence of the group that calls itself the Islamic State," according to the Religion News Service.)

Matthew Henman, the managing editor of IHS Jane's Terrorism and Insurgency Center, says ISIS laid out its strategy to exploit European Arabs’ alienation last year in its online magazine, Dabiq. Its idea, Henman tells Newsweek, is “to divide the world into those who are with the group and those who are against it.” ISIS, he added, “aims to make elements within this marginalized population more susceptible to their narrative and then to radicalization and recruitment.”

Belgium’s recruiting pool is deep. Its Muslim population sits at 640,000, according to Belgian Arabist and author Pieter van Ostaeyen. And over 500 “were active in Syria or Iraq,” he wrote on his blog last October.

“This number means that out of Belgium’s Muslim population of about 640,000 individuals, there is roughly one per 1,260 who has been involved in jihad in Syria and Iraq,” Ostaeyen added. “At this point, Belgium is, per capita, by far the European nation contributing the most to the foreign element in the Syrian war.”

With factories closing amid cyclical recessions beginning in the 1960s, Belgium tightened its immigration controls, which peaked with a 1974 formal cap to limit economic migration, according to the Migration Policy Institute, a Washington, D.C., think tank. But starting with wars and unrest in North Africa, the Middle East and the Balkans in the 1990s, the pace of political asylum seekers showing up in Belgium quickened. By 2010, Moroccans and Turks alone made up three-quarters of Belgium’s immigrant population. The country’s citizenship and cultural integration policies, meanwhile, were virtually nonexistent, the institute says, “shaped in a laissez-faire way for decades.” The immigrants were basically on their own, albeit subsidized by government benefits.

And it showed. In 2004, as my taxi inched along a narrow street lined with paint-peeling houses and kebab shops, young and old Arab men on the sidewalks, as well as women in black hijabs towing children, looked like they were looking for something better to do. This was only a few miles from the fashionable, orderly downtown and the stately headquarters buildings of the European Union, but a world away. Just coincidentally, I’d come to Brussels to attend a conference on terrorism. The subject then was Al-Qaeda, which seemed far away and on the run, despite its airliner attacks on New York and Washington in 2001.

When we stopped abreast the house at number 160 Rue Marie-Christine in northwest Brussels, we might as well have been in Morocco, Libya or Algeria. The men in the street eyed me warily as I stepped out of the cab, took a few steps and snapped pictures of the now-battered house where my friend’s father had once been hidden from the Nazis.

“It’s not good to linger here,” my driver said. I stepped back into the cab, and we sped off. Indeed, the street seemed like one of those proverbial pools of gasoline waiting for a match. On Tuesday, one of them exploded.

The assassination of ISIS senior leader west of Baghdad