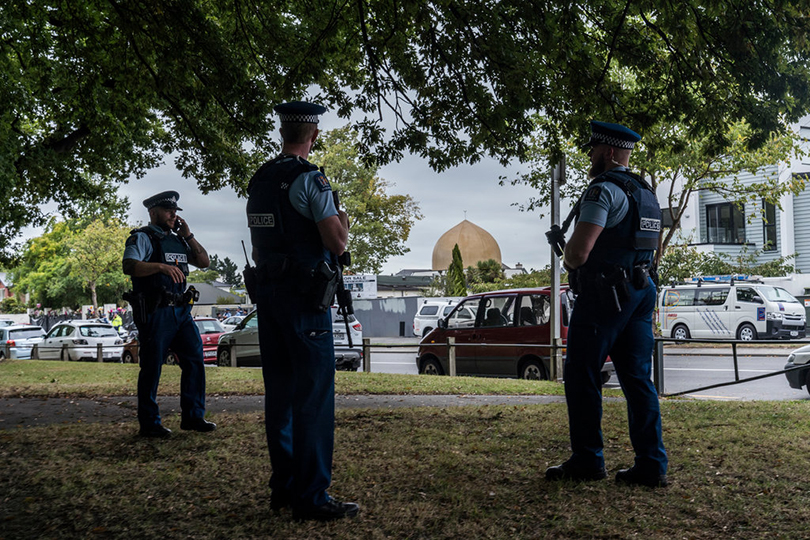 Far-right attacks across the globe have increased because of immigration fears, far-right utilization of social media, and the inter-connectedness of extremist networks around the globe.

The March 15 terrorist attack against two mosques in Christchurch, New Zealand, is symptomatic of a rising trend in right-wing extremism. Far-right attacks across the globe have increased because of immigration fears, far-right utilization of social media, and the inter-connectedness of extremist networks around the globe.

The March 2019 terrorist attack in Christchurch, New Zealand, was appalling. The perpetrator, believed to be a 28-year-old Australian named Brenton Tarrant, gunned down at least 49 people at two mosques in central Christchurch. In a manifesto released prior to the attack, the gunman raged about the low birthrates of whites, the mass immigration of foreigners, and the higher fertility rates of immigrants. The rambling 74-page manifesto concluded that “this crisis of mass immigration and sub-replacement fertility is an assault on the European people that, if not combated, will ultimately result in the complete racial and cultural replacement of the European people.”i

Sadly, Christchurch is not an isolated attack. Terrorist attacks by far-right adherents have risen significantly over the past decade. Between 2007 and 2011, the number of far-right attacks in the United States was five or fewer per year. The number of attacks then rose to 14 in 2012, and eventually jumped to 31 in 2017.ii

In 2018, the United States suffered several additional attacks. On October 27, 2018, Robert Bowers killed 11 people at the Tree of Life synagogue in Pittsburgh, Pennsylvania. He espoused anti-immigrant and anti-Jewish views on Gab, a social media network that has been embraced by white nationalists.iiiA day earlier, Cesar Sayoc, who was motivated by racist and anti-Semitic views, sent 16 crude bombs to prominent American leaders last fall.

Meanwhile, right-wing attacks have also increased: from 0 attacks in 2012 to 9 in 2013; 21 in 2016, and 30 in 2017.iv As European Union Security Commissioner Sir Julian King acknowledged, “I’m not aware of a single EU member state that is not affected in some way by right-wing violent extremism.” v

At least two factors have contributed to the growth in right-wing extremism.

First, right-wing networks and individuals—including Christchurch attacker Brenton Tarrant—appear to be increasingly using the internet and social media to issue propaganda statements, coordinate training, organize travel to attend protests and other events, raise funds, recruit members, and communicate with other extremists. Right-wing networks have used Facebook, Twitter (with hashtags like #nationalist and #ultraright in Twitter posts), YouTube, and Instagram, as well as sites like Gab and Voice over Internet Protocol applications such as Discord, to communicate across countries and continents. In addition, websites like the Daily Stormer remain influential among many neo-Nazi and white supremacy activists.

Second, right-wing extremists are increasingly traveling overseas to meet and exchange views with like-minded individuals. These foreign connections have provided far-right groups with an opportunity to improve their tactics, develop better counter-intelligence techniques, harden their extremist views, and broaden their global networks. An important part of Tarrant’s radicalization took place in European countries like France where, as he argued in his manifesto, “the final push was witnessing the state of French cities and towns.” Tarrant noted that while he had heard about “the invasion of France by non-whites,” his visit to France changed his view: “[O]nce I arrived in France, I found the stories to not only be true, but profoundly understated.”

Based on the globalization of far-right extremism, the Christchurch attack—and the attacker—needs to be understood as part of a growing international trend that requires more attention and greater investment from governments and the private sector.

Law enforcement and intelligence agencies need to shift some counterterrorism resources to right-wing extremism. But identifying individuals like Brenton Tarrant—the Christchurch perpetrator—won’t be easy. Many right-wing extremists operate alone or in small networks. They often don’t talk about their plots by phone or e-mail, which can be intercepted by law enforcement agencies. However, they may be active on social media forums, which can be monitored.

In addition, government agencies need to work closely with the private sector—including social media companies—to combat right-wing extremism, much like they have done to combat Islamic extremism and Russian disinformation. Some European governments, including France and the United Kingdom, have put significant pressure on social media companies to take down content that advocates for, or otherwise supports terrorism, including if it violates company terms of services. Restricting extremist access to social media requires companies to continue to devote staff time and engineering resources to detect such content and close it down.

Western countries have made significant strides since 9/11 in countering the threat from Islamic extremists, including those affiliated with al-Qaeda and the Islamic State. The threat posed by right-wing terrorists will require an equally sober and thoughtful assessment by leaders across the globe in order to prevent it from metastasizing further.

* Seth G. Jones holds the Harold Brown Chair, is director of the Transnational Threats Project, and is a senior adviser to the International Security Program at the Center for Strategic and International Studies in Washington, D.C.