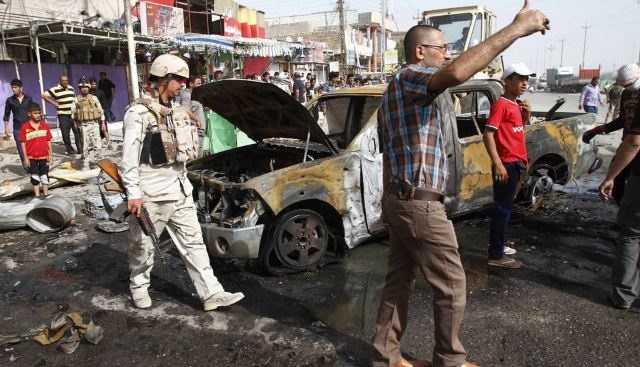 Media-security cell stated that four people were killed and three were injured during a terrorist attack in AlRadwanyah District, Baghdad on Monday.

A terrorist group of four attacked a military checkpoint belongs to tribes of Ballasmah Village in AlRadwanyah District at night. The security cell added that four were killed and three were injured, one of them left the hospital early in the morning.

The researcher said in a statement to Annabaa News Agency: the attack killed six and three were wounded from the awakening armed groups.

He added: this incident is not a first, since the liberation of this land out of ISIS reign, the terrorist groups move in wide ranges in different districts like AlYussefya, AlZidan, AlFottoh and Dowayllya.

He pointed out that the organization’s cells are executing vengeance attacks as the perform it in a way that shows their strong presence and taking advantage of the security void to take them off guard as they attack checkpoints or road patrols or planting explosive charges.

He went on saying: southern Baghdad district remains under fire of the terrorist organizations as this district can host terrorism.

AlTalikani assured that: the security stability remains to new methods to track terrorist groups, securing the area by installing monitoring towers and cameras and securing accurate and fast information.