Why does North Korea have so many failures, &amp; Iran so few? 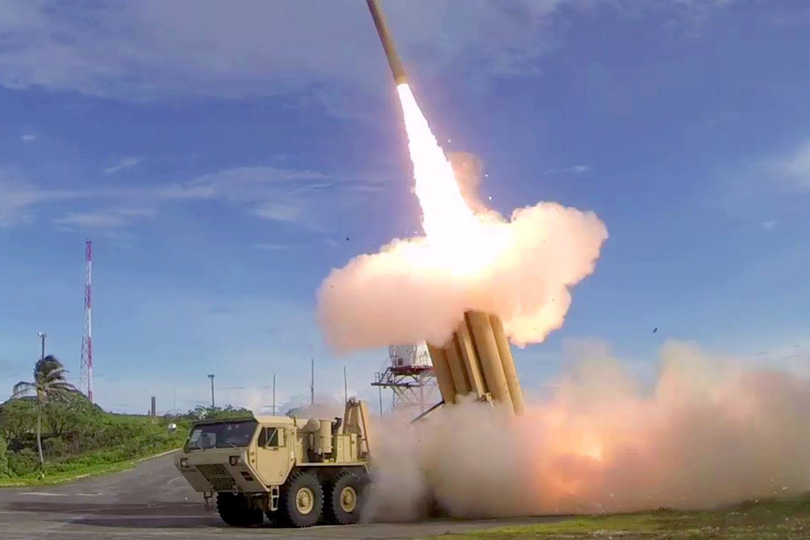 Earlier this week Iran held its annual Army Day Parade. Amongst the tanks, armored vehicles and drone aircraft were several Iranian made air defense missiles – the Sayyad 3. The Sayyad will be used on the Bavar 373 long range air defense system – an Iranian version of the Russian S-300.

While Iran was celebrating its missile technology advances, North Korea had another dramatic missile test failure this week. In fact, the missile blew up so soon after launch that it damaged some of the launch facilities.

On Monday, U.S. officials told Fox News that the missile North Korea tested on Sunday was called the KN-17. The KN-17, according to a U.S. official that spoke to Fox, is a single-stage, liquid-fueled missile that could be used to target ships.

Despite its new designation, it is merely a derivative of the legendary Soviet Scud missile, which is derived from the Nazi - Era V-2 missile. With some North Korean modifications, the Scud engine design is the heart of North Korea’s missile program.

What is different with the KN-17 is the warhead. One of the missiles in NK’s Saturday parade had fins on its nose cone, suggesting that it was designed to offer a degree of maneuverability in its descent or terminal phase. In other words, the KN-17 is North Korea’s attempt to marry its reliable, single-stage, liquid-fuel missiles with terminal phase maneuverability. This would help attack ships and also make it hard for an anti-missile defense system to destroy incoming warheads.

It is this missile that is probably behind North Korea’s threat to destroy American aircraft carriers.

However, Scud terminal guidance systems aren’t new. Russia displayed one at the 2001 IDEX show in Abu Dhabi. The one displayed used optics onto lock on a target.

The missile failure led to a North Korean witch hunt as officials looked for saboteurs amongst this missile team. It also led to a New York Times article claiming the failure was a result of a three year old American cyber sabotage program that is responsible for an 88% failure rate for NK’s missile tests.

However, there is reason to question if the US has successfully conducted a cyber-sabotage campaign against the NK missile program. If there were such a program in place, wouldn’t it make more sense to use it against the Iranians, whose missiles pose a bigger threat to its neighbors? After all, the US and Israel have already carried out a cyber-sabotage attack on Iran’s nuclear program. And, the Iranian missiles can reach all of the Middle East.

After a look at the evidence, one has to question if the North Korea missile failures are a result of American cyber sabotage. Rather it seems to be the fault of the North Koreans.

North Korean missiles have a bad reputation. In the 1980s, many of the Scud type missiles shipped by North Korea to Iran were poorly made and Iran even threatened to stop payments for them. They do not have the superior workmanship that the Soviets put into their Scud missiles.

As we look at the NK missile failures, it’s important to remember that the heart of North Korea’s liquid fueled missile program, the Scud propulsion system is hardy, and reliable. It was designed by the Russians to sit, fully fueled in a bunker for ten years and then be taken to a launch site by its mobile launcher and launched in minutes. Rather than rely upon fragile batteries and electronics like the American missiles, the Soviet Scud relies on a bank of compressed air and refrigerant tanks that power fuel pumps and start the engine. Electronics have little to do with starting a Scud rocket engine.

However, the missile failure on Saturday occurred in the first few seconds of flight – a time when the missile’s electronics would not have been in play. The more likely explanation is that the failure was due to the poor state of North Korean science, workmanship, and engineering.

If this was American cyber sabotage, it is more likely that the failure would always be in the same system. However, while this launch saw a failure right after launch, the April 5th launch saw the engines work, only to see what may have been a guidance system failure several minutes after launch.

The North Korean guidance system is probably immune to cyber sabotage or hacking. Although not much is known about it, most think there has been little advance on the original Scud guidance system, which is purely analog. The Scud guidance is based on the V2 system and relies on gyros. It is electric, but not electronic. The US could no more hack into such an old system than one could hack into a 1957 Buick or similar old car.

The North Korean Concept of R&D

In the traditional missile program a failure leads to finding and correcting the problems. This cycle takes months to years, depending on the scope of the problem.

North Korea isn’t carrying out a traditional missile R&D program. They are frequently firing off missiles on a weekly basis, giving its scientists and engineers no time to correct the problem. The rushed rate also puts pressure on the workers putting the missile together. While the Soviet Scud engines have been described as “works of art” for their meticulous welding and craftsmanship, North Korean missile are quickly assembled.

In this regard, it is similar to Nazi Germany’s construction of V-2 rockets with slave labor near the end of WWII. The result was low reliability – much lower than those produced by German technicians.

This is where the Iranian and North Korean missile programs diverge. Iran, like its Western and Russian counterparts follow the typical R&D process – design a missile, test it, discover why it failed, correct the problem, test again. In addition, the workers are skilled technicians. The result is a reliable missile. In fact, they were the first country to develop a 2,000 kilometer range missile without having first developed a nuclear weapon first.

The Iranian missile threat rests on the Shahab missiles, which are all derived from the Soviet Scud missile propulsion design.

North Korean R&D has a largely political aspect to it. Missile tests are designed for political purposes. If the missile is successful, the missile test is meant to send a message to its opponents.

This explains the April 5th missile launch, which was timed to take place just before the Trump-Xi summit. It was also a more reliable Scud missile design, which would have more of an impact on the meeting than the testing of a less reliable missile type.

While the missile did successfully launch, the trajectory indicated that there was some sort of failure in the guidance system. Rather than rotate towards the horizontal in order to go downrange, this missile went up 189 kilometers and downrange only 60 kilometers. The Union of Concerned Scientists thinks that North Korea may have shut down the missile engines when the guidance system failed.

Of course, there could be another type of sabotage occurring. Many of the systems in the NK missiles are imported from China. Some come from other countries and are laundered by going through China.

It is quite possible that some of the imported components are subtly sabotaged during their manufacture and purposefully sent to North Korea. In that case, it means that the Chinese government is well aware of the sabotage and condones it.

The question is if American sabotage can work on stopping the Iranian missile program?

The Iranian program is so different from the North Korean program that differing approaches would have to be taken. Iran’s focus isn’t politics, but greater accuracy and military utility.

Iranian testing is methodical. Iranian missile engineers will make sure they totally understand why a launch failed and make sure they have a sound remedy before launching another missile. And, given the successful American-Israeli sabotage of their nuclear bomb program, they are more suspicious of foreign parts and computer vulnerabilities.

An example of the Iranian methodical nature is the fact that it took seven months to analyze and make corrections before they held a missile test two months ago. The medium range ballistic missile travelled 1,010 kilometers before its re-entry vehicle exploded. It is unclear whether the explosion was the result of an accident or a deliberate detonation. Although reports vary, it appears that the missile was also a version of the Scud engine design.

However, the Iranian missile program isn’t without it problems. Currently Iran’s missiles aren’t very accurate and pose more of a threat to large population centers unlike the more precise American missiles.

Iran is also cooperating with North Korea on missile technology. And, North Korea is focusing on building longer range missiles capable of hitting the US.

One concern for America is that their cooperation will focus on portable missiles with higher energy fuels. This route means missiles that could inevitably reach the US and mobile missiles that would be harder to find and destroy.

If that happens, expect an energetic cyber sabotage program.