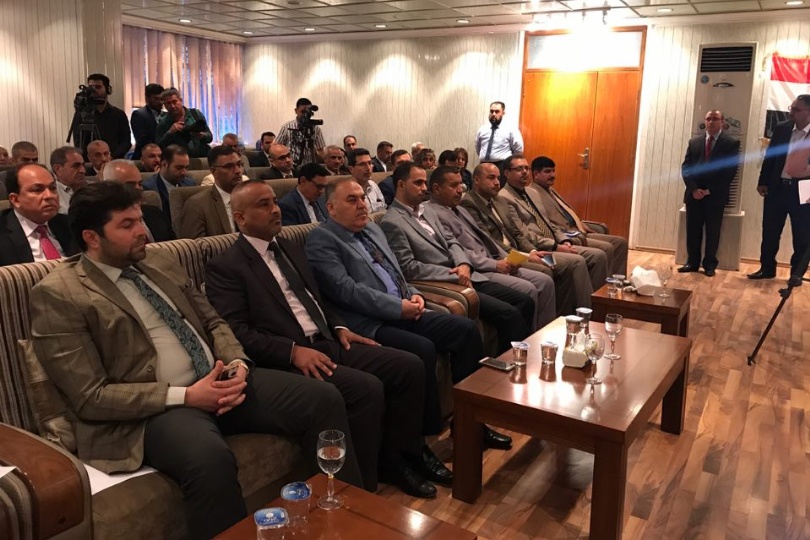 The annual scientific conference entitled Societal and Security Conference in Iraq post ISIS phase was launched. The international and strategic studies center in Baghdad University with the cooperation of Annabaa Organization for Media and Culture in holy city of Karbala held the conference. the conference was attended by the representative of the university’s president Dr. Monier Mohammed along with directors of research and studies centers, academics, media men, journalists and people concerned with the Iraqi affairs.

The center’s director Dr. Ali Al-Jibori said that the annual scientific conference’s sessions, held by the center of International and Strategic Studies, were launched Monday morning in Baghdad University with cooperation of A Annabaa Organization for Media and Culture, which is located in holy city of Karbala. More than 40 researchers, instructors and academics from all over Iraq participated in the conference, along with representatives of the country’s ministries and security institutions. He added that the conference started with the national anthem followed by reciting some parts of the Holy Quran, reciting Sura Al0-Fatiha for Iraq martyrs’ souls and finally an opening speech for the center’s director followed by introductive words concerning the sponsors and the preparatory commission.

Al-Jibori pointed out that the three sessions of the conference would revolve around three axis; the first is political, security and military axis, the second is intellectual, cultural and media axis and the last one is economic, social and psychological axis. At the end of each session, there will be a number of recommendations that will contribute in providing the suitable conditions for a secure and stable Iraq.