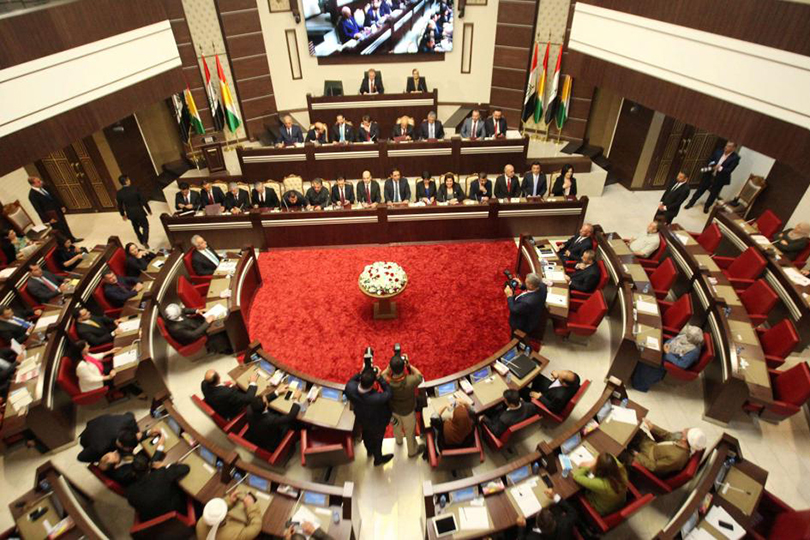 If Kurdish leaders do not find a way to get beyond petty squabbles and into governing, they will be unable to pull the KRI out of its current nosedive or put their relationship with Washington on more solid ground.

On July 19, the Patriotic Union of Kurdistan (PUK) suspended its participation in the Iraqi Kurdish parliament, in effect shutting it down. The setback is only the latest example of local leaders trying to score political points while the Kurdistan Region of Iraq (KRI) reels under the serial shocks of financial crisis, coronavirus pandemic, and military raids by Iran and Turkey. For three decades, the KRI has been a reliable partner on furthering U.S. policy in Iraq and fighting terrorism, and its Peshmerga forces remain an effective player in the campaign to stymie an Islamic State (IS) resurgence. Yet the now-cavernous rift between the region’s principal political factions has decreased the KRI’s value to Washington as a partner, made the bilateral relationship increasingly transactional, and further diminished Kurdish leverage in Baghdad.

A PERFECT STORM OF CRISES

The COVID-19 pandemic has been surging across Iraqi Kurdistan, with over 11,000 confirmed cases and 419 deaths. Sporadic boycotts by doctors and police have broken out, and simmering public grievances could escalate into wider protests.

Weighing heavily on the KRI’S response to these problems is the woeful state of its finances. Due to patronage politics and an underdeveloped private sector, 80 percent of its $950 million monthly operating budget is spent on the 1.25 million people who fill its bloated public sector workforce or draw pensions. As in Baghdad, however, Erbil’s revenue stream is tightly dependent on oil exports, whose value is now drastically depressed by the double shock to global supply and demand. Only $30 million in oil revenues flowed into the KRI’s coffers in April, according to a televised speech by Prime Minister Masrour Barzani. As a result, the government has dispensed only three rounds of salary payments this year, two of them back pay from 2019. Making matters worse, a budget deal with Baghdad broke down recently, ending the regular monthly transfers to the KRI and essentially halting investment in local infrastructure and services.

As if these crises were not enough, Turkey and Iran chose this moment to undertake military campaigns inside the KRI. Beginning in mid-June, Ankara’s forces struck the Kurdistan Workers Party (PKK), a designated Turkish terrorist group, while Tehran targeted the militant opposition Democratic Party of Iranian Kurdistan (PDKI).

In the past, such a perfect storm would have focused the minds of Kurdistan’s political leaders and evinced a united response. Thus far, however, the PUK and its principal rival, the Kurdistan Democratic Party (KDP), have sought refuge in counterproductive blame games. Their leaders have not met in eight long months, preferring to take potshots at each other on talk shows and social media. The PUK-led Sulaymaniyah local council also revived an old proposal for decentralization, which the KDP sees as a ploy to unravel the KRI. And in April, their rival Peshmerga forces faced off in Zini Warte, rekindling fears of the fratricide that plagued Iraqi Kurds in the mid-1990s, invited regional armies into their civil war, and ultimately divided their territory into two zones of party/family influence.

Worst of all, the parties have politicized the response to the pandemic. Some KDP figures have blamed the rise of local cases on the PUK’s decision to open its border with Iran, accusing the party of trying to deny the Barzani-led government a win. In turn, the PUK has accused the KDP of hoarding medical supplies and testing kits for its supporters.

Factionalism within each party is only adding to the sense of political chaos. When public salaries were cut in June as part of financial austerity, PUK ranks split over whether to support the move or slam it. On the KDP side, a brewing power struggle within the Barzani family is coming to light, with the new prime minister’s team accusing his predecessor and cousin Nechirvan Barzani (who is now the KRI president) of mismanaging the region’s oil industry and wealth. Factionalism is most pernicious among the Peshmerga, where personal loyalties to unit commanders could engender warlordism.

In short, the two parties are destroying the long-held belief that Iraqi Kurdish politics and governance are better than the grimy game played in Baghdad. For some time now, the balance of political power has shifted in favor of the KDP, which controls the oil industry and has forty-five members in the KRI parliament compared to twenty-one for the PUK. But this shift has meant little on the ground because the region’s territory, security forces, and revenue streams remain divided into two informal zones of influence. The KDP wants to make the PUK a junior partner, but the PUK insists on remaining an equal.

Moreover, both parties show little tolerance for the political opposition, taking legal and security measures against dissenting voices to the detriment of democratic norms and reforms. Unlike the total legislative control they enjoyed decades ago, the KDP and PUK now make up just 60 percent of the KRI parliament, yet they have used their preponderant military and economic power to coerce and coopt other parties. They also refuse to surrender control of their respective security forces to the KRI government—a highly problematic stance that has spurred militias in other parts of Iraq to cite the Peshmerga as a model for their own partisanship and snubbing of national authority.

Washington’s narrow focus on counterterrorism since 2001 has caused it to miss opportunities for nurturing the KRI as a reliable long-term partner. Apart from turning a blind eye to the two-party fiefdom passing for governance in Erbil, U.S. officials directly contributed to the institutionalization of party-based security by establishing separate train-and-equip programs for the KDP and PUK Peshmerga. From Washington’s perspective, this approach was necessary given the immediate needs of fighting al-Qaeda and IS, but some of the long-term consequences have been harmful.

KRI leaders also misinterpreted U.S. military support in the war against IS as a political nod to proceed with their disastrous independence referendum in 2017. In the aftermath, some Kurdish officials were reportedly disappointed in Washington for standing by as the late Iranian general Qasem Soleimani led Iraqi army and militia forces against Peshmerga units in Kirkuk and Nineveh. They also began exhibiting a subtle political tilt toward Tehran.

For instance, despite working at cross-purposes on many issues, both the KDP and the PUK cooperated with the Iran-aligned Fatah Alliance bloc during the government formation process that followed the 2018 parliamentary election. Earlier this year, they were among the last parties to withdraw support from Prime Minister Adil Abdulmahdi before he was forced to resign by mass protests. And when pro-Iran factions called a parliamentary session on January 5 with the aim of ousting U.S. troops from Iraq, Kurdish legislators settled for boycotting it rather than standing firm with Washington and voting no. (One wonders how they must have felt three days later, when Iran launched missiles at a military base in Erbil as part of its retaliation for the U.S. targeted killing of Soleimani.)

The first step in addressing many of these problems is to condition U.S. funding for the Peshmerga. Washington currently pays $17 million per month to cover official Peshmerga salaries, which is crucial to maintaining pressure on IS. Going forward, U.S. officials should require the KRI to implement security reforms in order to continue receiving these funds, with the ultimate goal of removing the Peshmerga from party control and folding them under KRI civilian control.

Yet the wolf nearest the sled is not Peshmerga strife, but the economic crisis. On that front, the United States should use the new strategic dialogue process to provide technical and financial support to Baghdad and Erbil, while also pressuring them more intensively to reach terms on energy and revenue sharing. The KRI desperately needs budgetary support from Baghdad, or at least a share of any foreign loans it may access.

But some tough love is also in order. Washington should privately but firmly tell KRI leaders that they need to rise up to their governance challenges. The current political moment is disturbingly similar to that of 2014, just before the national crisis unleashed by IS. This time, however, no international bailout is coming the KRI’s way given the global scale of the pandemic and related economic fallout. Finally, as the likelihood of Kurdish public protests rises, KRI leaders should heed the warning provided by Iraq’s protests and resultant political upheaval. Washington can still cash in on three decades’ worth of solid ties by pushing its partner toward security, governance, and economic reforms, but only a unified Kurdish leadership can save the KRI from its current predicament.