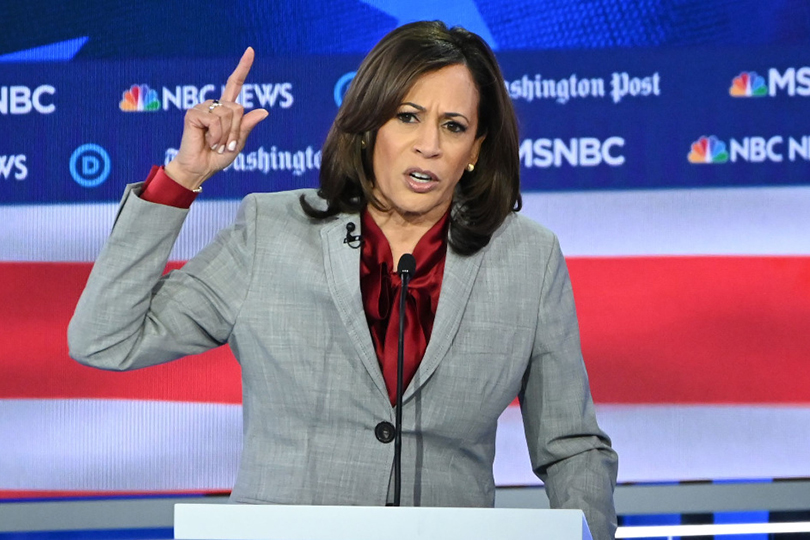 The last piece for the 2020 presidential election has been put in place – the choice of Biden’s vice-presidential running mate. The choice is junior California Senator Kamala Harris

The last piece for the 2020 presidential election has been put in place – the choice of Biden’s vice-presidential running mate. The choice is junior California Senator Kamala Harris, who had run for the presidential nomination, but had pulled out due to low polling numbers.

The comments from the different parts of the political spectrum were to be expected. Democrats and the most media outlets were excited and saw Harris as the ideal choice. Republicans and the conservative media saw her as a potential drag on the Biden ticket.

Harris is 55 years old and a lawyer from California. Both of her parents are immigrants – the mother from India and the father from Jamaica. She was California Attorney General from 2010 to 2017, when she was elected to the US Senate.

One of the first demands of a vice presidential running mate is to balance the ticket. And, she has done that in many ways. She is 22 years younger than Biden. She comes from the West, while Biden is from the Eastern United States. While Biden is considered moderate, she is well known for her many liberal and progressive stands but not considered as part of the growing left-wing progressive wing of the party.

She also brings several things to the race that it is hoped will excite the electorate. She has an Indian background, which will probably excite the Indian community in the US. India is a major source of professional immigrants into the US.

Harris is the daughter of two immigrants, which will allow the Biden-Harris ticket to draw a clear line between their open borders policy and Trump’s policy of limiting immigration.

As California’s Attorney General, she can claim to be a “law and order” candidate at a time when violent crime in America is on the rise.

Finally, the Harris candidacy can be shown as a “look towards the future with a new generation ready to take the reins of leadership.”

Although Biden was praised for this choice, it is well known that she wasn’t his first choice. During the campaign, Biden had promised to pick a woman as a running mate. Soon, elements in the Democratic Party had demanded that the woman should be a “person of color.”

This seriously limited Biden’s choice. He needed to have a running mate of national stature, who could take over if necessary. He was left with several black congresswomen who had far left leaning ideologies and a woman who had lost the race for governor in Georgia.

Biden clicked well with Michigan’s governor, Gretchen Whitmer, according to Obama senior advisor David Axelrod. She also would be able to bring her state, Michigan, back into the Democratic fold after voting for Trump in 2016. Winning Michigan is critical to Biden’s electoral strategy.

The problem was that Whitmer is white and her policies are more moderate. And, Biden needed someone with more progressive policies to provide an ideological balance to the ticket. Without that, the left wing of the Democratic Party would not have been energized enough to vote.

In the end, Harris was seen as the candidate that would do the least harm.

Although Harris will be portrayed as an African-American child of immigrants who had to struggle to get to where she is, the truth is a bit different. She has nothing in common with the African-American experience of poverty and segregation since her parents aren’t from the US.

She is from an affluent, educated family. Her mother is a high-caste East Indian breast cancer scientist. Her father was a Jamaican born economist who is a professor emeritus at Stanford University. She spent years growing up out of the US in countries like Canada.

Despite the media calling Harris a moderate, her record is quite progressive. Her voting record in the 116th Senate was more liberal than 97% of Democratic senators. Only Senators Sanders and Warren (both presidential candidates in this cycle) were more liberal.

In terms of immigration, she says undocumented immigrants aren’t criminals. She wants government controlled medical care for Americans. She wants to ban all offshore drilling and fracking for oil. She wants American energy to be “carbon neutral by 2030.

One stance that may spell trouble for the Biden/Harris ticket is her stand on the Second Amendment, which guarantees Americans right to own firearms. She is anti-gun and has stated that if she were president, she would sign an executive order banning “assault weapons” and high capacity magazines. She also supported other anti-gun legislation while Attorney General of California.

Her attitude on advancing gun laws was evident in the August 2019 Democratic debate when Biden pointed out that the president doesn’t have the constitutional authority to rewrite gun laws by executive order without Congress. Kamala Harris laughed and said, “Oh, Joe, yes we can.”

Given that in the past 8 months 10 million Americans have become first time gun owners and many of the guns that were purchased were “assault weapons,” this will not go down well with a large block of voters. A Rasmussen poll conducted this week showed that likely voter support for gun control has dropped 12 points in the last year. Forty-seven percent of likely voters said they or someone in their household owns a firearm. In gun owning households, 27% said they or someone in the household had purchased a firearm within the last 6 months.

In addition, the threat to use executive orders rather than the legislative process will also be a concern since she could very well become president within four years..

While the political positions of a vice president may not be a major concern, given Biden’s age and mental state, it is quite possible that she could be president in the next four years through the 25th Amendment.

There are some roadblocks to the process. The president can oppose the action, which sends it to Congress, which must vote by a 2/3 majority that the president can’t fulfill the office.

Here’s where the actions behind the scenes are important. Has Harris had discussions on this subject and is there an informal agreement in place?

Obviously, those who are determining Biden policy now are likely to be unwilling to see a Harris acting presidency where they would be “out of power.” Would they give Harris a say in national policy in return for not declaring Biden unfit for office? Would they make sure the Cabinet is so loyal to Biden that Harris would be unable to muster a majority? Would Harris keep them in the White House?

There’s also the question of obtaining the 2/3 majority in the House and Senate. Would Republicans, aware of her left leaning agenda, vote to make her acting president, if Biden and his closest advisors oppose it? An incapacitated Biden would be preferable to a competent Harris.

Republicans might agree to her acting presidency in return for some agreements. This occurred when Democrats voted to confirm Nelson Rockefeller as Vice President under President Gerald Ford in return for an agreement that Rockefeller would not run for president later.

On the other hand, some (including CNN News) have hinted that Biden will only be in office a small time before resigning, leaving the presidency to Harris. This would allow a very progressive president to take office without having to run for the presidency or answer questions or undergo scrutiny about her agenda.

Of course, the political composition of the House and Senate may have an impact. If the Republicans retake the House, a Biden resignation would leave a Republican Speaker of the House next in line for the Presidency. And, a Republican Senate (if the GOP retains the Senate) would have to vote on a Harris choice of vice president.

There is also a question of what may happen between now and Inauguration Day 2021. The Democratic Party leadership might have to pull Biden if his condition gets worse before Election Day. The alternate could be Harris or another person.

If it becomes necessary to pull Biden after he wins the election, the decision would be up to the electors, who have the final say of who becomes president.

The fact that Biden is old and his declining mental condition is becoming common knowledge means that voters will be more likely to look at Harris and her policies before they vote. If that is the case, her political stances will have much more importance than in normal presidential elections.

But we will not know how important they were until after November 3rd.