Independent Kurdistan would be a failed state 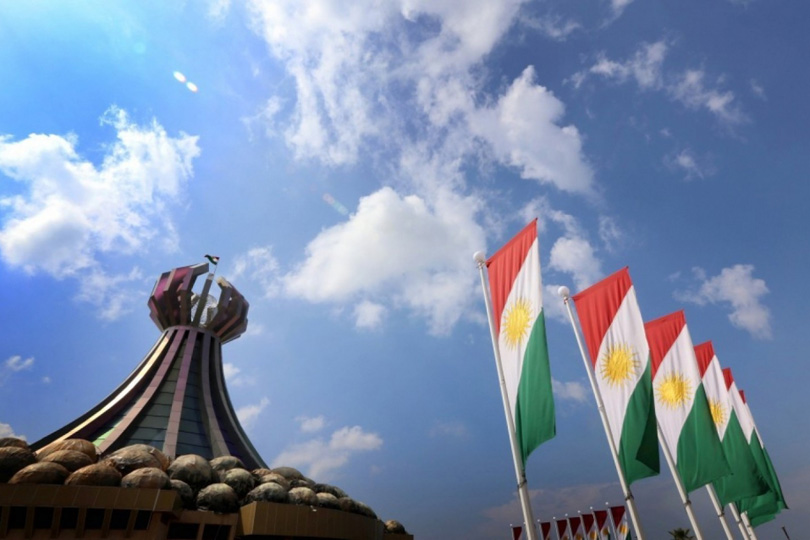 On June 28, Masoud Barzani, the de facto president of the Kurdistan Regional Government, placed an op-ed in the Washington Post, titled, “The time has come for Iraqi Kurdistan to make its choice on independence.” He writes, “Iraqi Kurdistan’s exercise of its right to self-determination threatens no one and may make a volatile region more stable,” and concludes:

After a century of trying, it is time to recognize that the forced inclusion of the Kurds in Iraq has not worked for us or for the Iraqis. We ask that the United States and the international community respect the democratic decision of Kurdistan’s people. In the long run, both Iraq and Kurdistan will be better off.

Do Kurds have a right to be independent? Yes. But is Barzani correct that Kurdish independence would make the region more stable? Absolutely not, although much of the reason for that lies with Barzani and not the Kurds he claims to represent.

To justify the notion that independence would be an easy, beneficial thing, many Kurdish officials cite the amicable divorce between Czechs and Slovaks that led to the dissolution of Czechoslovakia. However, there are many examples that arose out of guerrilla and military struggles that would perhaps be more analogous: Sudan and South Sudan, Ethiopia and Eritrea, Serbia and Kosovo, and Indonesia and East Timor, to name a few. In none of those cases has the separatist entity which won independence become a success by any objective criteria.

In Kurdistan Rising (available in English and Kurdish), I outline not the case for or against Kurdish independence (because that’s a matter for the Kurds to decide), but rather all the issues and complexities that Kurdish leaders have failed to address which will determine whether or not an independent Kurdistan succeeds.

Here are just a few:

Water-sharing agreements. Barzani says that the rump Iraqi state and Kurdistan can work out a modality, but the water-sharing agreements — some of which are more than 70 years old — also include Turkey and Syria. In the past, disputes over the Tigris and Euphrates flow have caused a few skirmishes and brought countries to the brink of war. Re-writing those agreements will be easier said than done.

Borders. Barzani says that independence will be limited to Iraqi Kurdistan alone, but he proposes a referendum throughout territory still disputed with Baghdad. In the Czech Republic and Slovakia, citizens and governments agreed on borders immediately. Barzani’s unilateralism promises a decades-long dispute which might turn Iraq and Kurdistan into adversaries rather than partners.

Citizenship. Will Kurds living in Baghdad and elsewhere in Iraq have Kurdish citizenship? And will Arabs living in Kurdistan be allowed Iraqi citizenship? Will dual citizenship be allowed? What if one state allows it but the other does not? Could the referendum set the stage for ethnic cleansing? Will Kurdish officials serving in the Iraqi government be forced to resign, losing the influence and protection their participation in Baghdad brought?

Economy. Iraqi Kurdistan believes it has great oil resources, but an opaque market riven with corruption and nepotism has already led some international oil companies to write off their losses and flee. Iraqi Kurdistan often cannot pay its civil servants and may be upwards of $20 billion in debt. Meanwhile, arbitration rulings in London and elsewhere have consistently found against the Kurdistan Regional Government to the tune of billions of dollars more. Iraqi Kurdistan has also claimed 17 percent of Iraq’s oil revenue. Would it accept 17% of Iraq’s debt? When Barzani’s government tried to float a bond on the international market, the terms offered were far below those won by the Iraqi government and even the debt-ridden Côte d’Ivoire. Add into this that none of the top 20 oil and gas producers is land-locked like Kurdistan is. Would Kurdistan sink before it even got the chance to float? Unfortunately, the answer is yes.

Military. For all the lionization of the Peshmerga, the Kurdish military, they really are no different that the Shi’ite militias which Barzani so regularly criticizes. They are more militia than army, divided by politics and owing loyalty to individual powerbrokers rather than a professional ministry. When a country has oil but a military geared more to personality than the state, the result is civil war. Don’t believe me? Just ask the South Sudanese. Even if Kurdistan were to truly unify the Peshmerga and intelligence services, what about the air force? Even if Baghdad and Erbil became best of friends, what about Iran and Turkey’s posture to Kurdistan? Turkey believes it can treat Barzani as a client and control Kurdistan as a client state. They may not like independence, but they could work with it, and probably continue to occupy parts as they already do. Iran fears the precedent more, however, and may stop at nothing to see the Kurds fail. Don’t be surprised if the Iranian government is already formulating plans to retire Barzani and his sons permanently. Regardless, Kurdistan could become the stage for the Middle East’s newest proxy battle.

Barzani may see himself as the father of a nation, but his legacy may not be what he expects. He long ago had a choice: Would he be remembered as a Nelson Mandela or a Yasser Arafat? African National Congress leader Mandela put deep-seeded political animosities aside in order to build a new South Africa. Unlike Barzani who refused to step down at the end of his presidential term, Mandela transferred power, setting a precedent for transition necessary for any aspiring democracy. He became recognized as a statesmen on the world stage. Arafat, in contrast, used his power to continue petty political vendettas. Like Barzani, he embezzled billions of dollars and left Palestinians deeply divided, their institutions and finances in tatters. The Kurds may go ahead with their referendum and they will win. But, unless and until Kurdistan has leadership willing to put Kurdistan above family and personal finance, then it will squander a historic chance for freedom.