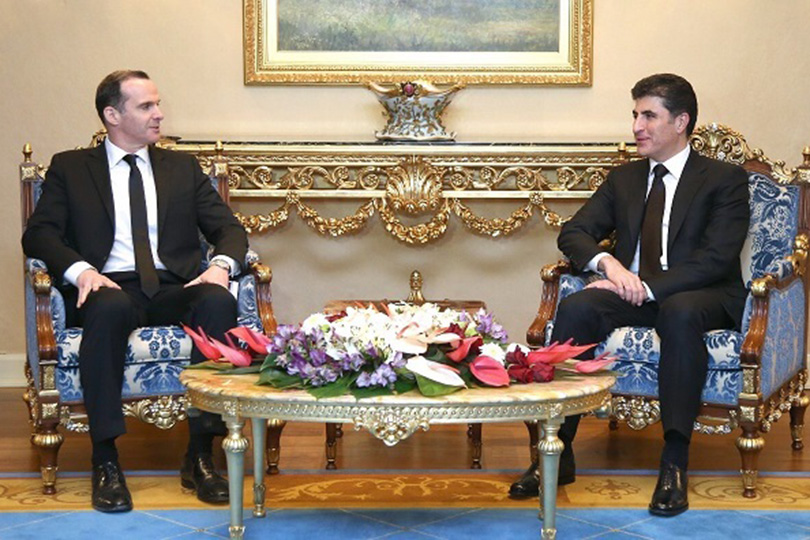 Since political change in 2003, the United States of America has perceived Iraq as an important ally and it has had an obvious political influence in Iraq's politics. For instance, Washington has always declares its support to a unified Iraq. Recently, the US opposed the Kurdistan referendum on independence which held on September 25, 2017. But the Kurdistan Regional Government rejected a US-backed alternative to the referendum that requested the KRG to postpone the vote. The Kurdish leadership announced that the alternative did not provide guarantees for a Kurdish vote in the future.

Washington sought to prevent any escalation between Baghdad and Erbil. So, it called KRG to cancel or delay the referendum that was planned to take place amid the battle against ISIS. The US took into consideration that the referendum would have a negative impacts on the stabilization process especially on post-ISIS Iraq.

The US administration continues the consistency of its role as a mediator to resolve the consequences of referendum crisis on the relationship between Federal government and KRG Delegations. The last of these initiatives was the visit of Brett McGurk (Special Presidential Envoy for the Global Coalition to Counter ISIS) to Iraq in November where he met with Iraqi Prime Minister Haider al-Abadi and the Kurdistan Region’s Prime Minister Nechirvan Barzani. He urged them to resume the dialogue on the constitutional basis to resolve outstanding issues.

Nowadays, Iraqi government prevail the victory of degrading ISIS by working out to enforce law over the whole territory of the country. Therefore, the referendum crisis provided the federal government with the opportunity to impose its constitutional mandate on the Kurdistan Region and to restore the territories that have been held by the Kurdish Peshmerga since June 2014. In addition, one can say that a huge shift in Iraq's policy will be noted in the post-ISIS era.

Iraqi government through the operation to retake Kirkuk achieved its objectives whether in the domestic or abroad. The operation's first insight is the ability to preserve the unity and sovereignty of the state. Thus, the federal government successfully upheld the constants of the post-2003 Iraqi state. In this regard, US initiatives to ease the tension between KRG and Baghdad are focusing on constitutional based solution into which sharing administration over the outstanding issues will be guaranteed and secured to avoid armed conflicts. What keeps the US administration on this discourse to promote security and political settlement in Iraq is the perception to which chaos would encourage Iran to escalate its influence in Iraq.

Therefore, any local and international initiatives or efforts to remove the tensions between two sides must realize and support federal government's efforts to promote the national constants. To this end, the mediators should demand the KRG to repeal the referendum and its results instead of persuading the federal government to accept the sharing in federal powers management.

Related topics
Up Without Arms
An Expiry Date for Despots?
Can Iran Outlast Trump?
After the Lebanon Protests: Between the Party of God and Party of the People
Erdogan Visits the White House
The US no longer matters in Syria
American Military’s Shifting Doctrine
Brexit and the Failure of Journalism
The Geopolitical Stakes in Iraq
Abdul Mahdi pressured into staying in office
Most read
Ready or Not for the Next Recession?
The Power Struggle for the Throne and the Saudi 'Reset' With Trump
A Probe Into Imam Ali’s Government
U. S. Needs to Realize Iraqi National Constants
The Lost Children of ISIS
The Wisdom of Nokia's Dumbphone
The Evolution of the Refugee Crisis
Why Low Inflation Is No Surprise
Saving America from Trump’s Tax Reform
10 Humanitarian Crises To Look Out For In 2018
Facebook
Comments
Facebook Comments