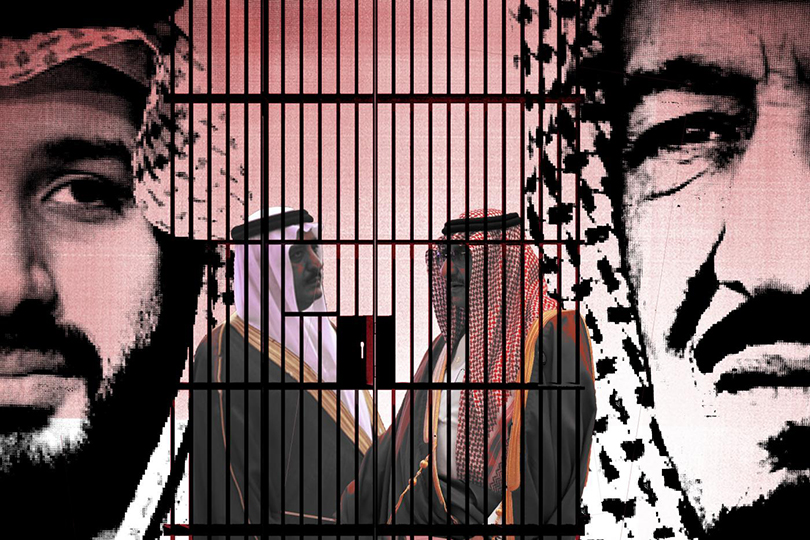 The silence of the Saudi royal palace over the reported arrest of senior princes Ahmed bin Abdulaziz and Mohammed bin Nayef, among others, is deafening.

The arrest of such high-ranking princes without portfolio reveals the shaky ground on which the young prince’s future rests.

In its modern history, Saudi Arabia has swiftly resolved succession disputes, such as when Crown Prince Faisal challenged the authority of King Saud in the early 1960s. At the time Faisal had the backing of almost all the royal household, with the exception of Saud and his sons.

Faisal quickly isolated Saud and was granted a fatwa from the religious scholars to oust him.

Today, Mohammed bin Salman seems to have only the support of his ageing father while other members of the royal household, especially those destined to become kings, feel isolated, humiliated and now, under arrest.

The Saudi crown prince has not only alienated his own senior uncle Ahmed, and cousin Mohammed bin Nayef, but also the very establishment that would have backed the bold arrest of his own kin, namely the religious establishment. He cannot be assured of the loyalty of senior royalty, religious scholars, and important sections of Saudi society. The cheering crowds at his newly introduced festivals, concerts and boxing matches conceal a deepening crisis in the House of Saud.

The young prince lives in fear and isolation. His so-called top-down revolution is stumbling under the pressure of global recession that sent oil prices and local Saudi stock market shares into a slide.

In the past, austerity due to falling oil revenues was a passing stumbling block that was overcome quickly when the kingdom in previous years dealt with a series of oil crises and recessions.

But the current crisis is totally different. It is political rather than economic. King Salman may not be around long enough to cast the shadow of support and extract loyalty from disgruntled princes for his son. The son himself started his rule as the centre of power with new unexpected strategies that are now insufficient to guarantee a smooth succession after the king dies.

The abrupt arrest of his own uncle and senior cousins is a risky strategy that will haunt him throughout his future political career. Moreover, the reputation of the kingdom as a country blessed by the ability of the royals to maintain consensus and smooth succession is shattered beyond repair.

The crown prince is compelled once again to use force against his royal rivals of the type witnessed in November 2017, when more than a dozen influential princes were arrested and sent to the Ritz Carlton in Riyadh. This was justified as an anti-corruption move to rid Saudi Arabia of endemic graft.

The descendants of the late King Abdullah, mainly Prince Miteb, the head of the Saudi National Guard at the time, were humiliated and sidelined. Mohammed bin Salman made sure that such a senior rival was deprived of a military base with which he could potentially stage a coup against the rising son king.

The crown prince hopes to eliminate the threat of yet another important prince, Mohammed bin Nayef, who for a long time was considered to have managed domestic affairs with an iron fist.

The pervasive intelligence and security networks that he created when he was the central figure in the Ministry of Interior still haunt the current crown prince even after bin Nayef was deprived of all his official government posts. The crown prince fears the very draconian measures that his cousin took to crush potential opposition could yet be deployed against him.

Mohammed bin Nayef guaranteed the security of the throne in preparation for him becoming king. But he lived to see his young cousin, Mohammed, benefiting from all the surveillance and tough security he enforced in the kingdom. He was ungratefully rewarded by being abruptly sacked by the king, and now he is reportedly arrested.

News of his humiliation has travelled around the globe while the royal palace remains silent over his whereabouts.

The Al-Nayef lineage within the royal household is now facing its last days and will only be remembered as a fallen tower that kept Saudis fearful for their life under his regime, when they had been subjected to arbitrary detention, torture, and unjustified disappearances at the hands of Nayef senior, and his son Mohammed.

Prince Ahmed, the remaining eligible brother of King Salman who could potentially succeed him, is also reported to be among the princes arrested on 7 March. He was probably seized not because of his previous military or security credentials - he had none throughout his short-lived career in government.

His arrest rather was a pre-emptive strike to mitigate against the senior prince becoming a focal symbolic character around which other disgruntled princes might gather.

The potential of Prince Ahmed becoming such a figure reminds us of the ten years of King Abdullah’s reign when he became the strong king who managed to counter the threats from Salman, Nayef and Sultan bin Abdulaziz at the time.

Abdullah represented a symbol for many princes who resented the monopoly of power by these three most important figures in Saudi politics. Ahmed had already expressed reservations over the policies of the new king and his son, for example, over the war on Yemen in 2015.

But since then, after his return to Saudi Arabia, he maintained his silence. Other marginalised princes might have looked to Ahmed to save them from sinking into historical oblivion when the crown prince eventually becomes king.

King Salman could have made Ahmed crown prince after his son’s many scandals and mismanagement of the political affairs and foreign relations of the kingdom, above all the scandal over Jamal Khashoggi’s death in 2018.

But the king missed an opportunity and now the arrest of Prince Ahmed removes a symbolic figure who is potentially capable of restoring the semblance of continuity and respectability in the royal household.

Once a secure monarchy with powerful princes who successfully contained all sorts of political, economic and security threats, Saudi Arabia is now plagued by uncertainty and dangers.

In the process of consolidating the Al Saud’s grip on power, the royals have deprived all Saudis of the right to live in an open society with political institutions that can guarantee the survival of the kingdom and the participation of its citizens in the decision-making process. Unfortunately, Saudis have been turned into spectators watching the country's royal drama unfold.