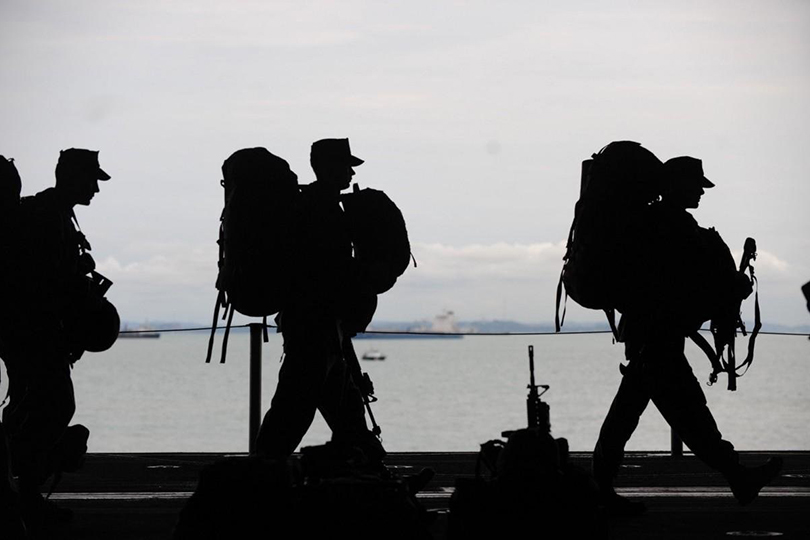 The basics of the policy is that about one third of the American forces in Germany will redeploy to forward NATO nations or bases on American soil.

This week, the American Secretary of Defense Mark Esper outlined the new US European Command Force Posture Policy. Given the fact that this is a presidential election year and the election is only about 3 months away, it immediately became controversial. Democrats were quick to accuse Trump of appeasing Russia and abandoning Germany as a NATO reliable partner and ally.

The basics of the policy is that about one third of the American forces in Germany will redeploy to forward NATO nations or bases on American soil.

In 2016, NATO leaders approved a strengthened deterrence and defense posture which led to the forward deployment of NATO units to Estonia, Latvia, Lithuania, and Poland. An outgrowth of the NATO Heads of State meeting in Warsaw in July 2016 was setting up a regional NATO hub in Naples, Italy to strengthen NATO’s southern flank as unrest started to roil the Mediterranean region.

Consequently, the Trump initiatives must be seen in this historical setting. It moves assets closer to the NATO border with Russia, and, per the 2018 Brussels Summit, allows for a rapid deployment into the NATO Theater within 30 days (the “four thirties” plan). US military exercises (Defender Europe 2020) earlier this year showed that the US could deploy US based forces into Europe within 30 days.

One of the reasons for the new National Defense Strategy is the realization that defense goals change as foreign threats evolve, technology improves, and national politics change. This was seen in the US European Command Review that the SecDef outlined this week.

Obviously one factor is the ongoing NATO relationship with Russia. While the US and Russia work out a new nuclear treaty, which will impact NATO, some NATO nations like Germany increase their economic ties with Russia, especially regarding energy and natural gas purchases.

Unlike the Cold War era, when NATO focused primarily on European defense, NATO has become an international force. They were active in the former Yugoslavia, which was part of Europe, but not part of the NATO region. Their air forces were also active in Libya.

With the growing tensions surrounding Libya and Turkish expansionism, NATO must look south.

There is also the growing Russian naval presence in the Mediterranean. Now that Russian ships have a warm water port in Syria, Russian ships can deploy longer to the Mediterranean, resupply, and receive needed repairs without returning to their home port. What was once considered an American lake, is now part of the growing chessboard of the NATO/Russia “Great Game.”

There is also a growing Russian presence near NATO borders. Russian reconnaissance aircraft, which were rarely seen in the last 30 years are now aggressively testing NATO responses from Great Britain east to Alaska and Canada’s far northern territories.

This aggressiveness by the Russian military has worried some of the newer NATO nations, who still remember being unwilling members of the Soviet bloc. Poland, Estonia, Latvia, and Lithuania especially remember that before World War Two, the Western powers allowed them to be occupied by the Soviet Union with no active response. By moving NATO assets closer to Russia, it not only makes more strategic sense, it also provides strong proof of the NATO guarantee that these nations will not fall under Russian influence again.

The Evolving Strategy – the SecDef Speech

Although it can be seen purely in a NATO/European manner, the SecDef speech made it clear that this new strategy fits into the worldwide scope. He said, “As we’ve entered a new era of Great Power Competition, we are now at another one of those inflection points in NATO’s evolution.”

Although that includes deterring Russia, the SecDef made it clear that it would “improve US strategic flexibility and EUROCOM operational flexibility.”

The plan will reposition about 11,900 military personnel from Germany – from roughly 36,000 down to 24,000. Of the 11,900, nearly 5,600 service members will be re-positioned within NATO countries and approximately 6,400 will return to the US, with many rotating through Europe from time to time.

Some of the rotations are due to equipment not designed for a European battlefield. Nearly 4,500 members of the 2nd Cavalry Regiment will return to the US. Similar units will start rotating in countries further east, close to the Black Sea, and closer to the Russian border.

This makes tactical sense. These units employ the Stryker armored vehicle, which was designed during the Clinton presidency for the transition from a Cold War military to one that would operate in the Third World. It was designed to be lighter and easier to deploy by aircraft and to be more practical on the unimproved roads and bridges of lesser developed nations.

Although faster than a main battle tank, the Stryker was controversial. It is lightly armored and without additional armor can only protect its occupants from the 14.5 mm Russian heavy machine-gun ammunition – and then, only from the front. The same bullet will penetrate the armor from the side. However, to be air-mobile, the vehicle could not carry more armor, unless it was flown in separately and attached in the combat theater.

The Stryker was considered a temporary measure until Future Combat Systems Manned Ground Vehicles came online. However, that program was cancelled

The Stryker was a good idea for an era where the US would only be fighting insurgents. However, it would be of marginal use (outside of reconnaissance or engaging light infantry) in a European theater where main battle tanks would be controlling the battleground.

The strength of the Stryker is its ability to be air lifted into a theater of operations. By moving the 2nd Cavalry Regiment back to the US, it can still be quickly redeployed to Europe. However, by remaining in the US, it allows it to be moved quickly to the Western Pacific, which is seeing increased tensions between the US and China.

The plan also will move more military personnel to Italy, which was once the headquarters of NATO southern operations and still has the infrastructure. This will mean the movement of about 2,000 soldiers from Germany to Belgium and Naples

A fighter squadron and elements of a fighter wing will be re-positioned to Italy, which will provide more coverage in the Mediterranean and bring the aircraft closer to the Black Sea area of operations.

While forces are being moved from Germany, which Trump has accused of not fulfilling their NATO obligations, some units are remaining in nations with better relations with President Trump. The Air Force command in Mildenhall, Britain, will remain there rather than moving to Germany, as was once planned. Britain has a closer working relationship with the US than Germany.

Another part of the European strategy is the activation of V Corps (Fifth Corps). According to the agreement between President Trump and Polish President Duda last year, the V Corps forward headquarters will be in Poland. The V Corps had been stationed in Germany until its deactivation in 2013.

Now that President Duda has been reelected, we can expect to see the signing of the necessary Defense Cooperation Agreement that will be the legal basis of the US deployment to Poland.

Although it is uncertain what assets will be assigned to V Corps, it is interesting that in the Defender Europe 2020 exercises earlier this year, the famed First Cavalry Division went to Poland to set up a temporary headquarters. The 1st Cav, as it is called, is one of America’s most powerful mechanized units and although it will remain stationed in Fort Hood, Texas, it is expected to frequently rotate some of its units through Eastern Europe as part of V Corps.

What does this US European Command Force Posture Policy accomplish?

By shifting some units away from Germany and closer to the border of Russia, it has improved deterrence. If something happens in Europe, the units that will be asked to fight will be close to the expected area of operations.

By stationing the V Corps in Poland, the US is rewarding Poland, who is one of the few NATO countries to meet its commitments. And, since Poland has the largest tank force of any European NATO nation, it creates a potentially powerful counter-force to the Russian Army.

Shifting forces to Italy recognizes that the southern flank of NATO is much more unstable than it once was. With unrest in Libya, Syria, Turkey, and the Eastern Mediterranean, the additional air power will help offset the lack of American naval assets in the region and provide more of a counter to the Russian Fleet.

Shifting US military units to Italy also allows them to be better positioned to assist the US African Command.

Admittedly, there is some politics involved. Germany, whose relations with Trump are not that good, loses more about 12,000 American soldiers who help boost the local economy. However, it must be admitted that Germany isn’t the “front line” nation that it was during the Cold War. A conflict with Russia will start hundreds of miles east of Germany, not on the German border.

Britain will be rewarded by keeping the major American Air Force Base in Mildenhall. Britain has kept its NATO commitments and by helping Britain in Europe, it allows Britain to keep more assets in and around the South China Sea.

And the close relationship between the US President Trump and the British Prime Minister Johnson also helps.

The US European Command Force Posture Policy also gives the US more worldwide flexibility. As tensions grow between the US and China, there is a need to be able to quickly move American military units into the Western Pacific. However, there is still the need to keep the units within quick reach of Europe.

By stationing more units in the US, Trump can keep his promise of bringing more American soldiers back home.

However, there is a strategic advantage. US military units stationed in the US lie halfway between the NATO Theater and the Western Pacific Theater. They are better able to respond to the situation in either Europe or The Western Pacific.

Positioning within the US also allows the units to play to their strength. Light mechanized units like those who use the Stryker vehicle can deploy faster from the US than units that are stronger but use main battle tanks like the M-1 Abrams that require shipment by sea-lift. The more powerful units can deploy in a rotating manner, often using redeployed tanks that are permanently stored in Europe.

Although the new US European Command Force Posture Policy will be politically controversial in this election year, To Trump supporters, it makes sense for a nation that has major obligations in Europe and the Pacific. Repositioning the military assets must eventually be based on sound military thinking, not short-term politics.