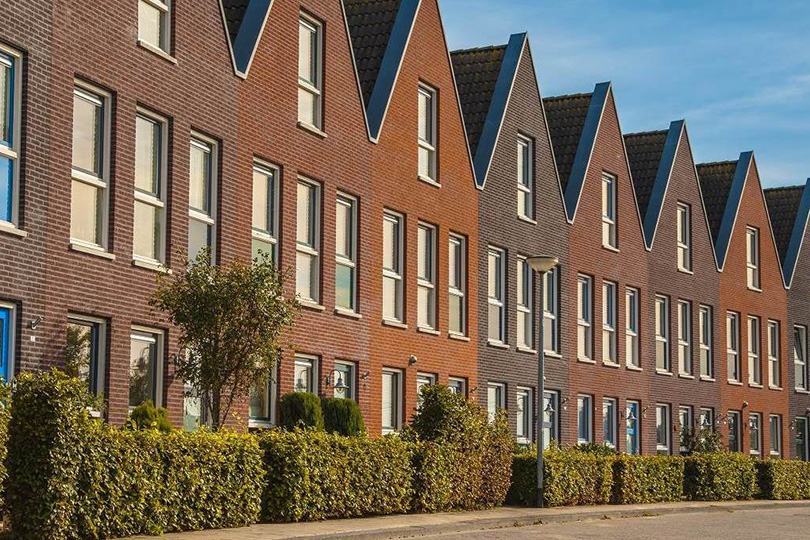 From the anchoring role in society of the middle class to the agility and resilience of mid-size firms, the middle has long been regarded as consistent with both individual and collective wellbeing. Yet, in recent years, the middle has become less stable, less predictable, and more elusive.

There was a time when many regarded being in the middle of the distribution – socially, politically, and in the business world – as a favorable, stabilizing, and desirable outcome. From the anchoring role in society of the middle class to the agility and resilience of mid-size firms, the middle was seen as consistent with both individual and collective wellbeing. Yet, in recent years, the middle has become less stable, less predictable, and more elusive, and its primacy – in economics, politics, business, asset management, and even sports – has become increasingly unsustainable.

Driven by structural changes, as well as lagging business and policy responses, the middle has been eroded – or is at risk – almost everywhere you look. Should this trend continue – which is subject to some debate – the implications would be far-reaching.

For decades, a rising median household income in advanced economies anchored the growth of a middle class that often opted for the political center. Together with stable and trusted institutions, the middle class acted as a stabilizer for a more prosperous society. In business, too, an environment in which mid-size firms flourished was viewed as desirable, because it reconciled small firms’ lack of balance-sheet strength with their larger counterparts’ tendency to slip into oligopolistic complacency.

But median incomes have stagnated, which, combined with the impact of technology and insufficient policy attention to the potential distributional effects of unfettered globalization, has gradually hollowed out the middle class around the world. As a result, both the hope and reality of a satisfying middle-class life, with its potential for upward social mobility, are in decline.

In addition to weakening an important social stabilizing force, the diminution of the middle class has fueled the politics of anger and undermined the political center, hitherto dominated by established parties. As polarization and fragmentation have increased, bipartisan policies have become a lot more difficult to pursue.

This trend is also reflected in declining public trust in expert opinion and established institutions. And all this has supported the growth of more extreme political parties and/or anti-establishment movements.

The middle is also proving less friendly and stable for business. In sector after sector, mid-size companies face greater competition from small disruptors and/or their large counterparts. This includes the financial sector, where higher regulatory and compliance costs have eaten away at the sustainability of mid-size providers. This is visible in the number of mergers among mid-size asset managers that lack a strong corporate parent.

Sports, too, is losing its middle. In the absence of forced equalization mechanisms (such as those used in the United States’ National Football League), European soccer is now dominated by a handful of teams that have become business behemoths.

This last example also sheds light on important questions concerning what lies ahead. Is the erosion of the middle really inevitable? Are we in the midst of what economists call “multiple equilibria,” in which one unfavorable shift makes another, even worse, shift more probable? Or will a mix of natural mean reversion and responsive policies restore the soundness and benefits of the center?

Given the rapid changes in technology and political disruptions, it is hard to know what lies ahead. But there seem to be enough indicators to suggest that, in certain areas, a strong middle can indeed be reclaimed if policies adapt quickly enough. That is probably the case when it comes to economic policies, where there is at last greater recognition of the importance of structural changes and distributional effects.

For example, economists are beginning to resist the inclination to rely on too many simplifying assumptions that facilitate modeling but are removed from reality. They are also beginning to redress the inadequate inclusion of financial linkages and insights from behavioral science, as well as overemphasis on single equilibrium conditions. And they are deepening their understanding of accelerating structural changes associated with technology, the impact of China and other emerging economies, and the politics of anger.

The more these changes feed into better policies, the greater the potential for political parties to present more compelling agendas, especially if they are presented by more engaging leaders.

The decline of the middle in business is also likely to result in some pushback, though the impact will differ significantly by industry and will be continuously challenged by structural headwinds. It is more likely to occur in some industries, such as big tech, where a regulatory response will probably be one outcome of a developing backlash, and less likely for asset management.

These developments have the potential to slow what, for now, has been a self-reinforcing migration away from the middle. But restoring faith in the feasibility and desirability of the middle – belief that the middle is strong enough to promote stability and prosperity – will take time, and sustained effort. And that loss of faith, compounded by accelerating technological change and the fragmentation of international order, goes a long way toward explaining why the future seems less predictable, and why the average person feels more unsettled.

* Mohamed A. El-Erian, Chief Economic Adviser at Allianz, the corporate parent of PIMCO where he served as CEO and co-Chief Investment Officer, was Chairman of US President Barack Obama’s Global Development Council.