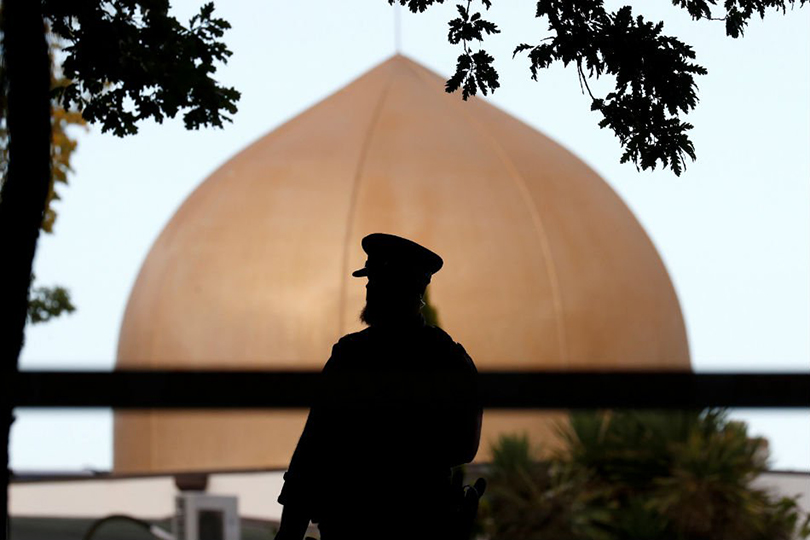 The attack in New Zealand was inspired in part by the Norwegian mass murderer Anders Behring Breivik, but the real threat is lone wolves lurking in the far corners of the Internet.

ver the past three decades, large-scale terrorist attacks motivated by extreme-right beliefs have almost exclusively been carried out by lone actors and small autonomous cells. The reason is simple. Maintaining an extreme-right group with terrorist ambitions is impossible in Western democracies today due to state monitoring and the lack of external support and safe havens. A recent example of extremists who tried, but failed, to prepare an attack while keeping a public profile is the British group National Action, whose leaders and activists are currently serving long prison sentences. This leaves extreme-right revolutionaries with two options: operate in the public but refrain from illegal behavior, or go underground.

The key to understanding today’s terrorist threat is to be found underground—especially the online underground , which has become a breeding ground for contemporary extremists of all kinds, including the Christchurch shooter. Notably, he announced his attacks in advance on an online forum and even shared a Facebook link used to livestream the attacks.

The question remains, however, whether an actual underground movement—a network of dedicated activists working together, via encrypted online applications, to prepare future terrorist attacks—exists transnationally. No one can know for sure, but by looking at previous attacks, few traces have been found suggesting that such transnational networks exist today within the extreme right.

At the national level, however, several countries appear to be unwittingly hosting extreme-right underground networks interested in facilitating terrorist campaigns against minorities, political enemies, or the government. Many of these networks also have international linkages. The most prominent example is the German National Socialist Underground (NSU) terrorist cell, which between 2000 and 2006 murdered nine immigrants and a policewoman, and carried out at least three separate bomb attacks.

The investigation revealed that the three-person cell had received financial and operational support from a wider underground network. Furthermore, while the police and the public suspected the murders to be criminally motivated, a considerable number of activists within the German extreme-right scene apparently knew they were connected to the NSU and even wrote songs about this before the cell was compromised.

Beyond Germany, other countries hosting underground extreme-right networks with terrorist ambitions include Italy, France, the United States, and Russia. In fact, after 1990, the number of deadly extreme-right attacks per million inhabitants has been several times higher in Russia than in any other country. In the West, the countries with the highest rate of attacks were Sweden and Germany, followed by the United States, the United Kingdom, Spain, and Greece. However, most of these deadly attacks were not carried out by organized groups or even by autonomous cells, but my loosely organized gangs, small and unorganized groups of people, or by lone actors, such as the recent Pittsburgh synagogue shooting and now the latest Islamophobic attack in Christchurch.

Western democracies are facing two types of violent threats from the extreme right today. On the one hand, most attacks are spontaneous, and are carried out by unorganized actors with an extreme-right motivation, often under the influence of alcohol or drugs. The most common weapons used are knives, fists, sticks, and iron bars. Such attacks would normally not qualify as terrorism.

On the other hand, most large-scale attacks with multiple casualties are committed by lone actors or small autonomous cells. These attacks are rarer, are always premediated, and typically use firearms and explosives. Muslims have become a primary target recently, including in the Christchurch attack. However, although they are attacking similar targets, the perpetrators operate in isolation from each other without direct communication or formal cooperation between them. But that doesn’t mean that these lone actors and autonomous cells don’t draw inspiration from each other.

In the Christchurch terrorist’s manifesto, the Norwegian mass murderer, Anders Behring Breivik, is named as the killer’s only true source of inspiration. On July 22, 2011, Breivik first detonated a 2,100-pound fertilizer bomb in the Norwegian government quarter in the heart of Oslo, killing eight people, before shooting and killing 69 people on Utoya, a small island 25 miles from the capital. A further 158 people were severely wounded in the attacks. His targets, government representatives and members of the ruling Labour Party’s youth wing, were selected on the charge of being so-called cultural Marxist traitors, deliberately facilitating a “Muslim invasion” of Norway.

Breivik’s terrorist attack was unique in several ways. Besides the high death toll, it was one of few cases where the perpetrator completely self-radicalized online. It was also the only complex extreme-right terrorist attack in the past three decades that combined explosives with firearms. Both these characteristics seem to be shared by the Christchurch shooter, who carried explosives in one of his cars, and appears to have self-radicalized online without interacting with organized extreme-right groups.

Breivik was also the first person to produce a bomb from diluted fertilizer. The effort to dilute the concentration of ammonium nitrate in fertilizer was introduced in Europe after the 1995 Oklahoma City bombing to prevent the manufacture of such bombs. However, Breivik managed to circumvent this measure, he claims, by combining insights from hundreds of bomb-making recipes downloaded from the internet. Thus, from an operational perspective, Breivik’s “accomplishments” could indeed be a source of inspiration for future terrorists.