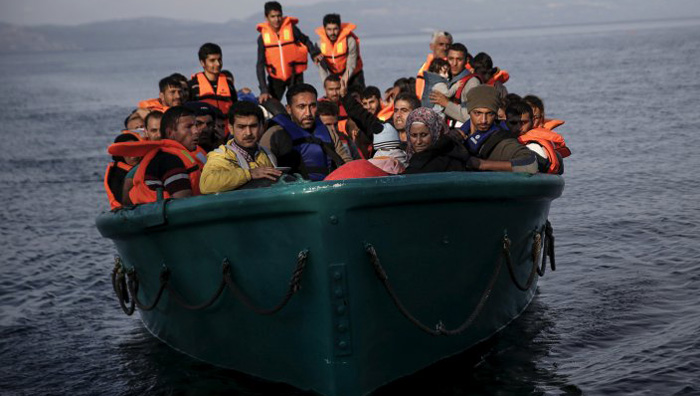 Last weekend, The Washington Post reported for the first time on exactly how ISIS was able to infiltrate operatives into Europe, hiding them among the flood of refugees, so they could carry out deadly terrorist attacks.

In addition to interviews with intelligence officials, the Post was able to interview an ISIS commander who boasted about how the worst is yet to come.

On a crisp morning last October, 198 migrants arrived on the Greek island of Leros, all of them seemingly desperate people seeking sanctuary in Europe. But hiding among them were four men with a very different agenda.

The four were posing as war-weary Syrians — all carrying doctored passports with false identities. And they were on a deadly mission for the Islamic State.

Two of the four would masquerade as migrants all the way to Paris. There, at 9:20 p.m. on Nov. 13, they would detonate suicide vests near the Stade de France sports complex, fulfilling their part in the worst attack on French soil since World War II.

The other two men would not make it that far.

Stopped upon arrival in Greece for lying about their identities, they were delayed — but only for a few weeks before being granted permission to continue their journey deeper into Europe.

The Post notes that both intelligence officials and the ISIS commander warn that these attacks are only the beginning.

European security officials say they think that the Islamic State has seeded terrorist cells on the continent over the past year ….

The vast majority of migrants were genuinely fleeing war and poverty. But over the past six months, more than three dozen suspected militants who impersonated migrants have been arrested or died while planning or carrying out acts of terrorism. They include at least seven directly tied to the bloody attacks in Paris and Brussels.

The Islamic State is gloating that they have far more lying in wait.

“We have sent many operatives to Europe with the refugees,” an Islamic State commander said in an interview over an encrypted data service. “Some of our brothers have fulfilled their mission, but others are still waiting to be activated.”

This is the problem with President Obama’s proposal to bring 10,000 Syrian refugees into the U.S. It creates an opportunity for ISIS to do to the US what it has done in Europe.

But instead of addressing these legitimate concerns, President Obama is busy demagoguing those who disagree with his plans. On his recent trip to Germany, Obama blamed opposition to his plan on xenophobia, declaring:

These are unsettling times. And when the future is uncertain, there seems to be an instinct in our human nature to withdraw to the perceived comfort and security of our own tribe, our own sect, our nationality. People who look like us, sound like us. In today’s world, more than any time in human history, that is a false comfort.

The president is wrong. What Americans fear are not people who don’t look like us, but people who want to kill us. Given the way ISIS used refugee flows to attacks Paris, that is a valid concern.

That does not mean, however, that refusing Syrian refugees is a sufficient answer—and this is where the president’s critics falter.

It is true that the vast majority of refugees are good and decent people who are fleeing the carnage wrought by the Islamic State militant group. They are not advocates of Islamic radicalism; they are the victims of Islamic radicalism. The danger is not coming from them, but from Islamic radicals who are using them as cover to infiltrate operatives into the West.

In the case of the Paris attacks, only four of the 198 refugees who arrived on the Greek island of Leros that day were terrorists. That is just 2 percent. But that 2 percent were able to carry out an attack that killed at least 130 people.

We need to find a way to stop that 2 percent, while helping the 98 percent. And there are ways to do so without endangering our security. But they involve hard choices that President Obama does not want to make—like, for example, creating a safe area inside Syria where Syrian refugees can live safely, much like the way we protected the Kurdish regions of Northern Iraq from Saddam Hussein after the 1991 Gulf War.

But President Obama does not want to do this. It is much easier to accuse your political opponents of racism.

Unfortunately, those opposed to admitting refugees are making it far easier for the president to make such accusations, because instead of proposing better, safer and more compassionate alternatives to helping the victims, their argument stops at “no.” And “no” is not good enough.