If You are an Unhappy Iraqi Asylum-Seeker, Finland Will Fly You Home 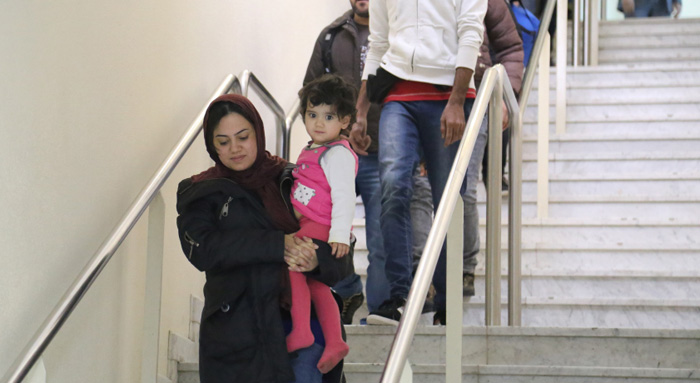 At least 70,000 Iraqis were among the more than one million migrants and refugees who sought shelter in Europe last year. Now — disenchanted with the difficulties of life there — many are choosing to return home.

On Thursday, Finland helped by flying 103 Iraqis direct from Helsinki to Baghdad. Upon arrival, some members of the group, most of whom were young men, reportedly kissed the ground.

Ahmed Jamal, an Iraqi Foreign Affairs Ministry spokesman, told reporters in Baghdad Thursday that “those people represent the first batch of Iraqi migrants in Finland who voluntarily wish to come back home.” He added that he expects there will be at least one chartered, direct flight between the two countries each week, because the demand to return home is so high.

Last year, more than 32,000 people — roughly 20,500 of whom were Iraqi — applied for asylum in Finland, which was initially an attractive destination because of its generous benefit programs. But in recent months, Finnish authorities have been overwhelmed by the number of asylum-seekers crossing their borders, and have moved to tighten entry restrictions.

They have cited difficulties learning a new language and a lack of economic opportunity as their reasons. But Finland’s freezing cold winters — where January’s average temperature sits right around freezing, and the sun is up for only a few hours a day — certainly didn’t help.

In November, after announcing that some refugees whose home countries were becoming safer qualified for deportation, Jorma Vuorio, the director general of Finland’s Migration Department, said she thought had developed unrealistic expectations about the quality of life in Europe. “We are not telling them not to come,” he said. “But we are telling them that this is not paradise.”

This isn’t the first time Finland has found itself in a similar predicament. In the past year, Finland also chartered seven flights for Albanian asylum-seekers who also wished to return home.