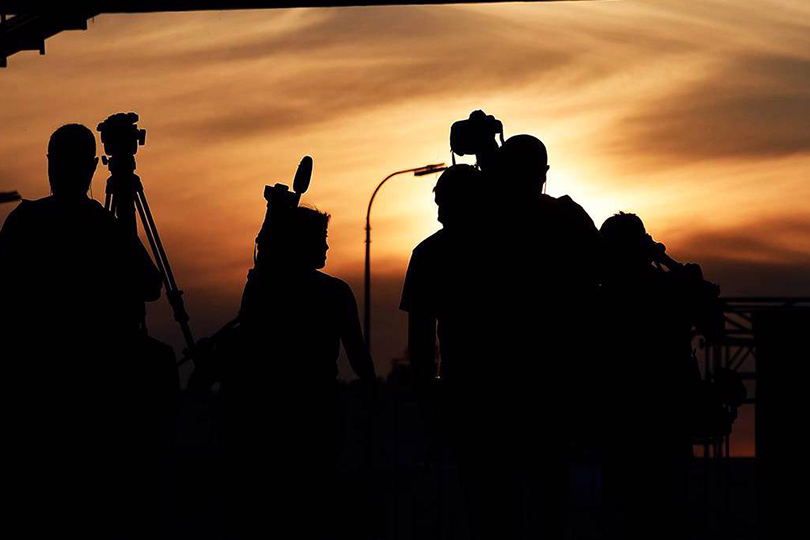 Despite its scope and complexity, the crisis in the news media is far from intractable. Addressing it will require the world's wealthy democracies to use foreign and security policy and international development assistance to encourage the growth of professional, independent media.

Almost everywhere one looks nowadays, the news media are in crisis. And unfortunately, although a robust free press is fundamental to a well-functioning democracy, the world’s democratic governments are doing too little to protect it.

Media outlets worldwide are struggling to adapt their business models to the digital age, with local newspapers, in particular, collapsing en masse, owing partly to the loss of advertising revenues. Without trusted local publications, readers become more susceptible to false narratives and sensationalist clickbait. As high-quality journalism is marginalized, political leaders around the world are able to dismiss unflattering coverage as “fake news,” and the lack of a shared set of facts erodes trust in democracy and the rule of law.

Moreover, from Syria to Slovakia, journalists are being harassed, held hostage, unlawfully detained, and even killed for doing their jobs. Following a model perfected in Hungary, Russia, and Turkey, the dominant model of media ownership is now “media capture,” whereby political leaders and their wealthy cronies use news media to advance their authoritarian designs and business interests. Without trusted media holding government and business to account, corruption flourishes. (The hope that citizen watchdogs using Facebook and Twitter would pick up the slack has been categorically dashed.)

The feeble response to this crisis by the world’s democracies reflects more a lack of political will than a lack of solutions. In fact, despite its scope and complexity, the crisis in the news media is far from intractable. And because it is fueling growing threats to democracy worldwide, it represents a major strategic challenge that deserves urgent attention and action.

One powerful lever for addressing it is foreign and security policy. Democratic governments should recognize attacks on press freedom and use measures such as diplomatic isolation, denial of visas, and direct sanctions to pressure perpetrators to meet their obligations under international law to uphold freedom of expression.

Momentum for such action may already be building. Last July, Canada and the United Kingdom launched a media freedom initiative, which calls on countries to sign a pledge to take cooperative action when media freedom is at risk and to champion the cause around the world. The following month, France included the issue on the agenda of the G7 meeting in Biarritz. One hopes that this heralds genuine progress.

A second lever for addressing the problem is official development assistance (ODA). In 2018, less than 0.5% of the $150 billion that the world’s richest countries spent on ODA went to addressing media freedom. That share could be increased meaningfully – say, to 1%, as a group of media-support organizations has advocated – without cutting significantly into spending in other areas.

In fact, raising ODA for media assistance could help to advance other development goals. A media industry that is captured by vested interests impedes economic reform, precludes political compromise, and undermines social cohesion – all essential to sustainable, inclusive development. For countries struggling to build or maintain a democratic system of governance, a robust free press is indispensable.

Sudan is now confronting precisely these challenges as it attempts to build a democracy in the wake of Omar al-Bashir’s 30-year dictatorship. During such fraught political transitions, newly liberated media organizations often align themselves with a particular party or faction, reinforcing deep and paralyzing fissures. In a country where ethnic, cultural, and religious discrimination has fueled brutal civil wars, the risks should not be underestimated.

Yet, so far, the international community has done far too little to aid Sudan’s media development and reform efforts. As Sudanese Prime Minister Abdalla Hamdok argued at September’s United Nations General Assembly, donors must “revise their priorities” and support media reforms in countries like his. These efforts – along with building an independent judiciary, reversing the economy’s decline, and addressing the Bashir regime’s crimes – are critical to a successful transition, he said.

As for the killing of journalists? “The new Sudan will not allow this any longer,” Hamdok declared.

Among donors’ new priorities, in Sudan and elsewhere, should be helping to address the governance weaknesses – economic, political, and institutional – that leave media vulnerable. That means assisting governments in reforming or strengthening media laws, building credible institutions, and securing political support for democratic media governance. Development institutions like the World Bank and the United Nations Development Programme can help here.

Professional media-development organizations also have a role to play – for example, in helping local outlets to strengthen newsroom management and ensure high journalistic standards. Fortunately, many highly competent organizations, operating at the national and international levels, stand ready to contribute.

Donor governments should facilitate these contributions, including by using their influence to discourage aid recipients from interfering in media-development work. With additional investment, they could also ensure that the work of media-development organizations – such as the European Journalism Center in the Netherlands or Deutsche Welle Akademie in Germany – complements the broader development agenda.

After World War II, the world’s democracies came together to create an institutional framework that would underpin global peace and stability for decades to follow. To address the current media crisis, a similar effort is needed, with governments, media organizations, and citizens working together to fortify an essential building block of democracy and human progress.