The Inspiration for Terrorism in New Zealand Came From France 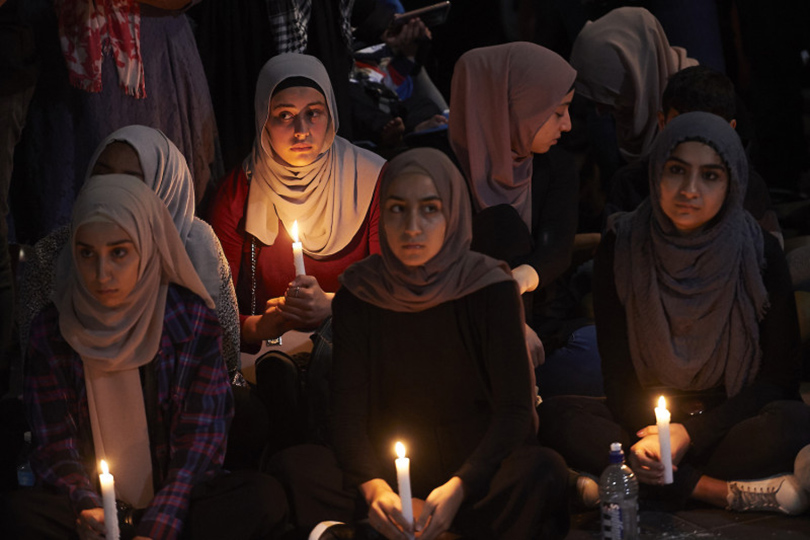 The gunman who massacred Muslims was inspired by ideas that have circulated for decades on the French far-right.

When white nationalists gathered in Charlottesville, Virginia, in August 2017 chanting “they will not replace us” and “the Jews will not replace us,” few of the assembled extremists knew where those slogans came from. By contrast, Brenton Tarrant, the 28-year-old Australian accused of shooting dead 49 worshipers at two mosques and wounding dozens more in Christchurch, New Zealand, on Friday, was more explicit when it came to his intellectual inspirations. In the 74-page manifesto he posted before the rampage, he praises the Norwegian mass murderer Anders Behring Breivik and draws on his work while noting his admiration for the interwar British fascist leader Oswald Mosley. But French ideas figure most prominently in Tarrant’s thinking.

He cites watching “invaders” at a shopping mall during a visit to an eastern French town as the moment of epiphany when he realized he would resort to violence. His manifesto appears to draw on the work of the French anti-immigration writer Renaud Camus, including plagiarizing the title of his book Le grand remplacement (“The Great Replacement”)—a phrase that has become commonplace in European immigration debates and a favorite of far-right politicians across Europe, including the Netherlands’ Geert Wilders and a group of younger far-right activists who call themselves “identitarians.” Tarrant writes of initially dismissing stories of an invasion of France by nonwhites that he had encountered while still at home, but, once in France, he adds: “I found my emotions swinging between fuming rage and suffocating despair at the indignity of the invasion of France, the pessimism of the french [sic] people, the loss of culture and identity and the farce of the political solutions offered.”

Although Tarrant seems eager to give Camus credit, the French writer pushed back against those insisting that he acknowledge that his ideas may have inspired carnage. Facing a barrage of criticism on Twitter, Camus himself responded by denouncing the attack. “I find it criminal, idiotic, and awful,” he wrote, while accusing the perpetrator of “abusive use of a phrase that is not his and that he plainly does not understand.”

But the accused killer’s manifesto echoes Camus’s writing in many ways—most notably in the fear of demographic erasure by which a new population replaces an existing one, a process Camus insists is akin to colonialism. In his essay “Pegida, mon amour,” Camus praises the overtly anti-Islam German group Pegida as a “great hope rising in the East” and a “liberation front” that is fighting the “anti-colonialist struggle.” For him, there is no hope of living together in Europe when “there is a colonial conquest in progress, in which we are the colonized indigenous people” and the weapons of sheer numbers and demographic substitution are used to subjugate the natives.

Tarrant eerily echoes these ideas. “Millions of people [are] pouring across our borders … [i]nvited by the state and corporate entities to replace the White people who have failed to reproduce, failed to create the cheap labour, new consumers and tax base that the corporations and states need to thrive,” he argues in his manifesto. “This crisis of mass immigration and sub-replacement fertility is an assault on the European people that, if not combated, will ultimately result in the complete racial and cultural replacement of the European people.”

The accused killer claims his goal was to “show the invaders that our lands will never be their lands.” He chose the mosques because the worshipers were a “large group of invaders, from a culture with higher fertility rates, higher social trust and strong, robust traditions that seek to occupy my peoples lands and ethnically replace my own people.”

As the world recoiled in horror from the carnage carried out in yet another house of worship, Camus spent much of the day distancing himself from the terror and defending his innocence. To be sure, he has never advocated murder. In an interview with one of us published in Vox in 2017, Camus elaborated on his theories, which are often cryptic in his writings. “Of course, if you change populations, you can’t expect the same civilization to hold on,” he said at the time. “The refusal to be replaced is a very strong feeling in man. … The will not to be replaced was at the center of resistance to colonialism. … People don’t want other people to come in their territory, in their country, and change their cultures and their religions, their way of living, their way of eating, their way of dressing.”

He also took great pains to distinguish between Nazism, which he deplores, and the ideas undergirding white nationalism for which he appeared to have greater sympathy. “I think races do exist and that they are infinitely precious. … I pray for the conservation of all races, beginning with those which are the most under menace.” When asked which race was most threatened, he replied: “Well, probably the white one, which is by far the least numerous of the old major classical ‘races.’” France, too, he insisted, “is fast losing its own territory, where its own culture and civilization is quickly becoming just one among others, and not the most dynamic, and which is rapidly being colonized.” While vigorously rejecting the use of violence in Charlottesville, Camus maintained: “I totally sympathize with the slogan: ‘We will not be replaced.’ And I think Americans have every good reason to be worried about their country.”

Demographic anxiety about declining white populations and rapidly increasing immigrant ones—especially those consisting of Muslims—is central to nativist parties’ programs across the globe. In the 20th century, this fear can be traced to the apocalyptic visions of Enoch Powell, the anti-immigrant English politician, who in the 1960s famously envisioned rivers of blood in Britain brought on by immigration, and the French author Jean Raspail—the two men whom Camus cites as “prophets” in an epigraph to Le grand remplacement.

Jean-Yves Camus (no relation to Renaud), a French scholar of the far-right, sees Tarrant’s ideas as more firmly rooted in Raspail’s thinking than in great replacement theory. “The shooter is much more extreme than Renaud Camus,” he said in an email exchange Friday. “Camus coined the term ‘grand remplacement’ to show his belief that the native European population is being uprooted by the non-Caucasian immigrants, especially the Muslims. Renaud Camus never condoned violence, much less terrorism.” He added: “Raspail is another thing.”

Raspail’s dystopian 1973 novel, The Camp of the Saints, has become a beacon for far-right figures from French politician Marine Le Pen to U.S. President Donald Trump’s former advisor Steve Bannon and white supremacist Iowa Rep. Steve King. In 2015, during the Syrian refugee crisis, Le Pen, who has known Raspail since she was a toddler, urged her millions of social media followers to read his novel in order to stop France from being “submerged.”