The Experts We Need 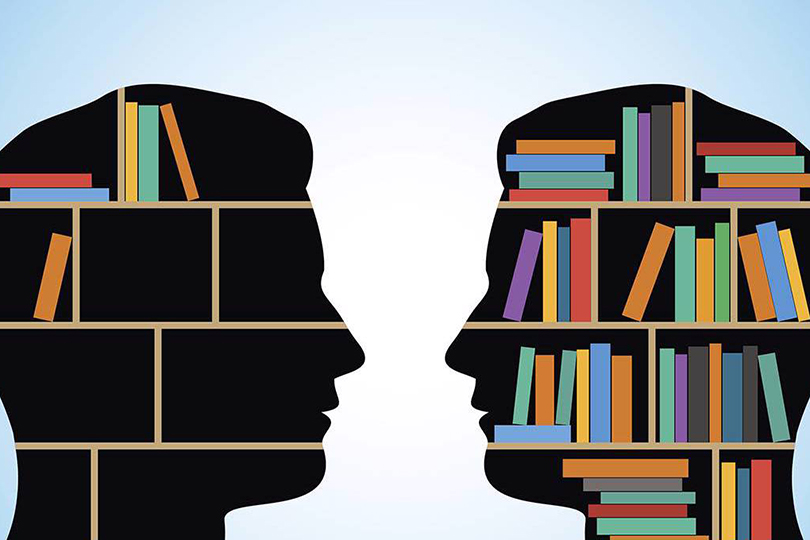 Policy gurus spend too much time with others like them top civil servants, high flying journalists, successful business people and too little time with ordinary voters.

Policy gurus spend too much time with others like them – top civil servants, high-flying journalists, successful businesspeople – and too little time with ordinary voters. If they could become “humble, competent people on a level with dentists,” as John Maynard Keynes once suggested, voters might identify with them and find them trustworthy.

In the midst of the debate on the most crucial decision the United Kingdom has faced in a generation, then-Minister of Justice Michael Gove exclaimed, “I think the people in this country have had enough of experts.” That statement received almost as much media attention as Gove’s recent admission that he has used cocaine.

But Gove’s statement was no impromptu outburst. It was a deliberate attempt – common nowadays among populist politicians – to build political capital out of anti-expert anger. The names vary – technocrats, nerds, dweebs, eggheads, pointy-heads – but the sentiment is the same across many countries and contexts: distrust of know-it-alls and the evidence-based public policies they favor.

The Death of Expertise is the revealing title of a 2017 book by Tom Nichols, a professor at the US Naval War College. Nichols gets it just right. Once upon a time, when doctors or teachers opened their mouths, people listened. Today, people who have done a half-hour of “research” on the Internet claim to know just as much. And any expert who confidently claims x, backed up by decades of study, may face thousands on Twitter or Facebook who claim that “in their experience,” y is true.

Experts and technocratic elites can be easy to hate. They often speak in jargon-filled sentences no one can understand. They can be arrogant, as when Hillary Clinton described Trump voters as a “basket of deplorables.” In Latin America, intellectuals routinely depict middle-class voters who lean right as consumerist social climbers who have sacrificed class solidarity on the altar of money-grubbing individualism. If identity politics is, as Francis Fukuyama has defined it, nothing more than a group’s demand for dignity, well, knowledge elites have not been treating their fellow citizens with much of it.

Moreover, expert prognosticators have not been very good at prognosticating. Across the street from my office at the London School of Economics is the building where, in the midst of the global financial crisis a decade ago, Queen Elizabeth II asked: “Why did nobody notice it?” The assembled academic luminaries could not provide an answer.

Likewise, academia’s leading lights failed to anticipate the other world-transforming event of the last 30 years, the collapse of the Soviet bloc. This failure puzzled Philip Tetlock, then a professor at the University of California, Berkeley, so much that he wrote an entire book about it. His conclusion: experts who confidently believe in only one approach and view the world through a single conceptual lens are particularly bad at forecasting. By contrast, experts who recognize how little they know and therefore proceed by trial and error, constantly adapting their forecasts, are less likely to get it all wrong.

But technical ability is not the only or even the main issue. Conflicting motivations are probably a more important reason why citizens increasingly distrust experts. There is a misconception at work. Policy wonks think of themselves as unbiased purveyors of high-quality, evidence-based advice. Informed citizens reasonably fear that the wonk in question may be in thrall to a particular ideology or methodology; that the advice may be politically motivated; or that advisers may tailor their counsel to their own career concerns (how to get that plum job on Wall Street after leaving government, for example).1

Economists have a name for this: the principal-agent problem. It occurs when the shareholders of a company (the principals) hire a manager (the agent) whose interests may not be perfectly aligned with theirs. Economics has a whole subfield, contract theory, devoted to devising contractual arrangements, rules, and regulations that overcome this incentive problem. But strangely, economists have devoted relatively little time to solving the problem that affects them directly: how to ensure that politicians and voters can trust the advice that experts provide.

Small innovations, like requiring academics to disclose upfront who funds their research, certainly help, but only so much. At a deeper level, experts face a problem familiar to politicians: convincing citizens that they (the experts) share the same values and concerns, and therefore advocate the policies that they (the citizens) would choose if they had the information needed to make that choice.

In an ideal world, experts would present a menu of policy choices from which citizens wisely choose. But in the real world, citizens have neither the time nor the inclination to sift through complex and tedious policy alternatives. Nor, sadly, do most politicians. Policy wonks are seldom asked for a menu of options; more often, they are asked a simple question: what should we do? And in answering that question, wonks inevitably bring their own values and preferences to bear.

So, as with so many political issues nowadays, it comes down to a matter of identity: can voters identify with the expert or the politician whom the expert advises? Can voters sense that they belong to the same tribe and uphold the same values?

Typically, the answer is no. And there lies the root of the problem. Policy gurus and politicians probably spend too much time with others like them – top civil servants, high-flying journalists, successful businesspeople – and too little time with ordinary voters. This undoubtedly shapes their worldview. As a Spanish-language saying goes, “Dime con quién andas y te dire quién eres”: “Tell me who your friends are and I’ll tell you who you are.”

So how can experts regain citizens’ trust? The answer is paradoxical: by becoming intellectually more modest, less beholden to the rarified ways of the ivory tower and the lecture hall, and likelier to listen to people who do not have a PhD. If they could become “humble, competent people on a level with dentists,” as John Maynard Keynes once suggested, then there is at least a chance that voters will identify with the nerdy pointy-heads and find them trustworthy.

The task is urgent, because the world needs credible experts. After all, if a tooth aches, we turn not to a pleasant and well-meaning friend, but to the frightening syringes and drills of the most competent dentist we can find.

* Andrés Velasco, a former presidential candidate and finance minister of Chile, is Dean of the School of Public Policy at the London School of Economics and Political Science.