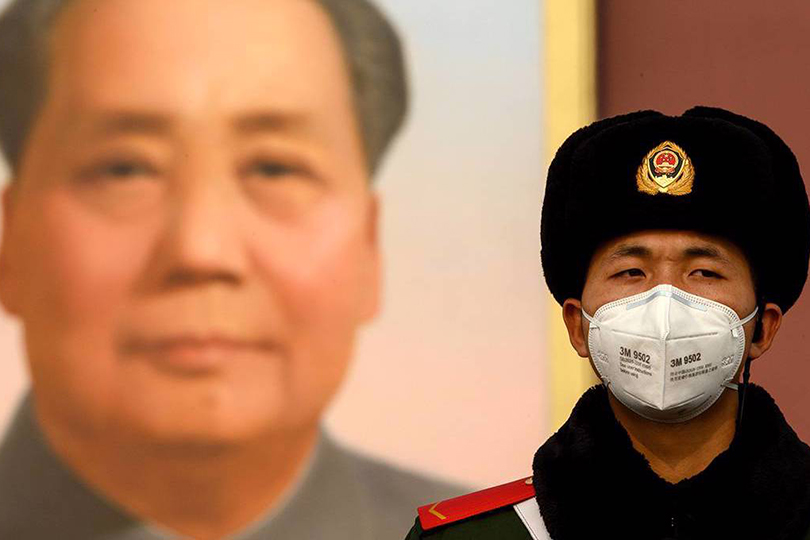 As the COVID-19 pandemic escalates, China has shifted its propaganda machine into high gear, in an effort to change the narrative about the virus's origins and the Chinese response. But when this crisis is finally over, people will remember what China's leaders did, not what they said.

Barely a month ago, China was in the grip of the COVID-19 coronavirus outbreak. Thousands of new infections were confirmed every day. Hospitals were overwhelmed. People were dying by the hundreds. People couldn’t leave their homes. But the government’s draconian lockdown seems to have worked: the outbreak now seems to be under control. And, apparently, China’s leaders have ignored its most essential lessons.

To see this, it’s worth reviewing how they handled the crisis. Upon hearing that a new coronavirus had emerged in Wuhan in the Hubei province, local authorities’ first instinct, as we know, was to suppress the information. Police reprimanded whistleblowers like the Wuhan-based doctor Li Wenliang, who subsequently died of the disease. (Wuhan police recently apologized to Li’s family.)

This should have motivated Chinese leaders to weigh the costs of censorship and reconsider the appointment of unqualified party members to key public-health positions. The head of the Hubei Provincial Health Commission, dismissed during the crisis, had no medical training or experience in the public-health sector.

Moreover, some other countries, especially Singapore and Taiwan, managed to contain the COVID-19 outbreak without incurring the high costs that China did when it placed at least 760 million Chinese under varying degrees of residential lockdown. China’s leaders should be looking to these countries for lessons on smarter crisis response.

But, far from learning from past mistakes, China’s leaders are trying to cover them up. As virtually the entire global economy effectively shuts down to contain the China-born virus, and deaths in Italy – the pandemic’s new epicenter – exceed 7,500, the Communist Party of China has shifted its propaganda machine into high gear. Its goal: change the narrative of the COVID-19 crisis.

At home, this has meant touting the CPC’s leadership in mobilizing the country to “win the war” against the virus. It has also meant encouraging the spread on Chinese social media of exaggerated or outright false stories about Western democracies’ “inept” responses to the outbreak.

Abroad, China’s propaganda machine is trumpeting declining infection rates as evidence that strong centralized leadership is more effective than democratic governance. Meanwhile, the government is sending humanitarian assistance – including health-care workers and medical supplies – to hard-hit countries like Iran, Italy, and the Philippines.

But if Chinese leaders hope to use the COVID-19 pandemic to build and project soft power, they are likely to be sorely disappointed. For starters, the world is nowhere near ready to forget the role that its initial cover-up played in allowing the virus to spread.

The prevailing view outside China today is that, had the country’s leaders taken decisive action immediately and transparently, the current pandemic may have been avoided. The CPC can challenge that narrative all it wants, but it cannot force international media to do the same. Chinese propaganda has never gotten much purchase in the free marketplace of ideas; indeed, most of the CPC’s previous attempts to influence international public opinion have fallen flat.

Moreover, few are tempted by a Chinese-style containment strategy. Shutting down the entire country has cost China dearly in economic terms. First-quarter GDP is expected to plunge 9%. Should a second wave of infections strike, as is likely, repeating the same strategy would lead to economic ruin.

Of course, if this were the only way to save lives, people might be on board. But Hong Kong, Singapore, and Taiwan all seem to have struck a better balance between protecting public health and sustaining economic activity.

Against this background, China’s humanitarian efforts will do little to repair its reputation. Yes, it is better than offering no help at all. But the country could do a lot more to bolster public health globally – beginning with sharing the massive amounts of data and knowledge it has gathered on the virus.

China could also scale up the production of protective equipment, especially hazmat suits and surgical masks. China made half the world’s surgical masks before the COVID-19 outbreak, and it has since expanded production nearly 12-fold. If it really does have the virus under control, there is nothing stopping it from donating this life-saving equipment to hard-hit countries, which are facing severe shortages.

In particular, China should make a major donation – say, one billion surgical masks and one million hazmat suits (ten days of supply for 50,000 health-care workers) – to the United States. This could ease tensions between the two countries just enough to enable them – together with the European Union and Japan – to pursue a coordinated response to the pandemic, including action to shore up the global financial system and major stimulus packages to stave off a depression.

When this pandemic is finally over, people will remember what China did, not what it said. It can go down in history either as the reason the COVID-19 crisis began, or as one of the reasons it ended.