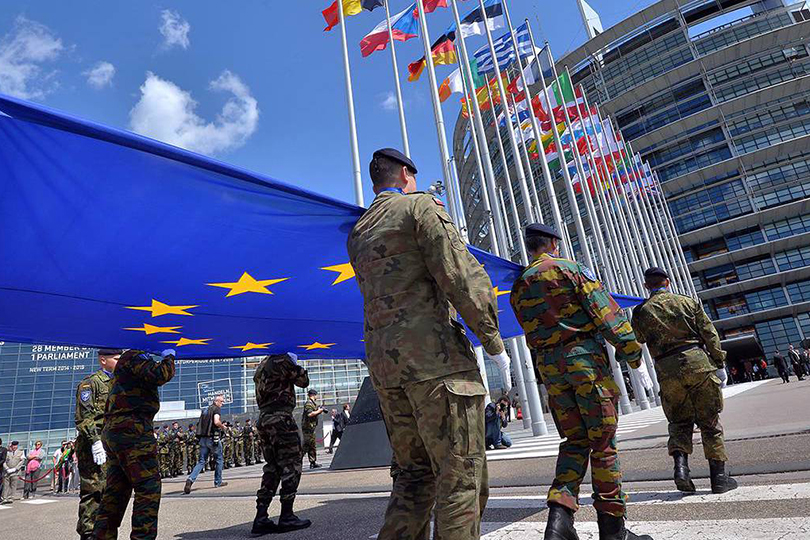 While the single market is a valuable asset, it cannot be Europes sole frame of reference. To become an effective strategic actor, the EU must make the most of all of the tools at its disposal, and that requires developing a compelling strategic vision an

While the single market is a valuable asset, it cannot be Europe’s sole frame of reference. To become an effective strategic actor, the EU must make the most of all of the tools at its disposal, and that requires developing a compelling strategic vision and engaging in effective longer-term planning.

Each February, the Munich Security Conference offers an opportunity to take the temperature of international affairs, especially transatlantic relations. This year’s results are far from encouraging. Speeches and conversations highlighted, yet again, the widening divide between the United States and Europe, even as they pointed to a shared preoccupation with China. Perhaps more consequentially, they highlighted the world’s return to great-power competition – and Europe’s utter lack of any actionable strategy for navigating it.

This is not news to the European Union’s leaders. Even before European Commission President Ursula von der Leyen declared hers a “geopolitical” Commission, the imperative of achieving “strategic autonomy” had moved to the forefront of the policy debate. This suggests that Europeans are finally accepting some hard truths: the transatlantic relationship is irrevocably changed; competition is displacing cooperation; and Europe is in danger of becoming an arena for that competition, rather than a player in its own right.

The escalating Sino-American rivalry has underscored this danger. European plans to engage the Chinese telecoms giant Huawei in building up its 5G infrastructure have run up against strong opposition from US President Donald Trump’s administration, which banned the firm from its own telecoms market, owing to security concerns. (The US has now charged Huawei and two of its subsidiaries with federal racketeering and conspiracy to steal trade secrets from American companies.)

On trade, the US and China recently concluded a “phase one” trade deal that includes a Chinese commitment to purchase some $200 billion worth of US products over the next two years – ostensibly part of a broader rebalancing of China’s trade relationship with the US. European producers, which depend considerably on Chinese demand, will bear much of the cost of this shift.

Add to that Europe’s vulnerability to other US strategic decisions – from its antagonism toward Iran to its military drawdown in West Africa at a time of escalating violence – and the risks of EU dithering could not be more apparent. Yes, European leaders are now convinced that they need to act more strategically; but this recognition has brought little actual progress.

While there have been some efforts to increase Europe’s defense capabilities – for example, the EU has created new programs to encourage defense-industry cooperation – they are only tentative first steps. Likewise, though the European Commission decided to label China a “strategic competitor” last March – a move that was presented as a strategic breakthrough – it has yet to establish a concrete China strategy. And pledges to build new, more equal partnerships with Africa remain largely unfulfilled.

This is partly a problem of distraction: the Brexit saga has occupied much of Europe’s attention for the last three and a half years, leaving the EU reform agenda languishing. But even with the United Kingdom’s divorce from the EU complete (albeit with the terms yet to be finalized), the EU will struggle to seize the opportunity to implement effective reform.

For starters, for a union of 27 individual countries and multiple institutions – each with its own objectives, procedures, and interests – decisive action is always difficult. The EU has typically ended up muddling through, but that will not be good enough to make Europe an effective global player.

More fundamentally, Europe lacks a strategic impulse. EU High Representative for Foreign Affairs and Security Policy Josep Borrell alluded to this at the Munich Security Conference, when he called for Europe to develop an “appetite for power.”

But Europe cannot simply will such an appetite into existence; it requires the right incentives, beliefs, and priorities. And therein lies the problem: as it stands, Europe is fundamentally a market actor, not a strategic one.

The internal market has always been the EU’s center of gravity. It is a remarkable achievement that must be preserved and protected. But it cannot be the lens through which all policy, particularly geostrategy, is seen.

And yet that is precisely what has been happening. Instead of charging a dedicated commissioner or even high representative with managing new defense-related initiatives, the EU has added them to the portfolio of Thierry Breton, the European commissioner for the internal market. French President Emmanuel Macron – one of a “strategic Europe’s” most prominent champions – was a leading advocate of this approach.

Moreover, when negotiations over the EU’s seven-year budget reached an impasse, the Commission proposed cuts to funding for a facility for military and peacekeeping activities and measures to ease the movement of armed forces around Europe during security crises. If adopted, the cuts would significantly undermine Europe’s defense ambitions.

To become an effective strategic actor, Europe must make the most of every tool at its disposal, and that requires developing a compelling strategic vision and engaging in effective longer-term planning. At the same time, the EU must send clear signals – to itself and the rest of the world – that building a strategic culture is a priority.

In short, as Borrell recently wrote, the EU must “relearn the language of power and conceive of [itself] as a top-tier geostrategic actor.” Otherwise, it will be doomed to be an object, rather than an author, of international affairs.