Implications of the Saudi Corruption Arrests 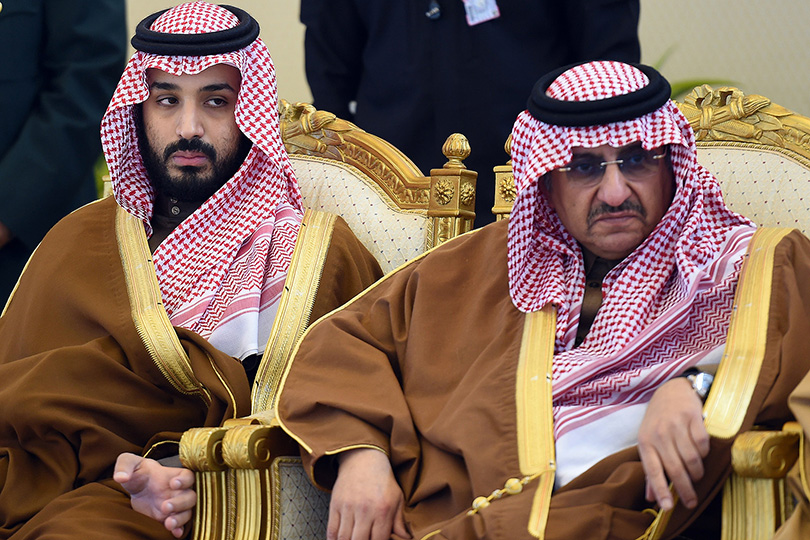 On March 15, Saudi Arabia announced that 298 individuals have been arrested for bribery, embezzlement, wasting public funds, and other corruption offenses. Although none of the detainees has been named, they reportedly include high-ranking officers in the Defense and Interior Ministries, adding to rumors that recent royal crackdowns may be related to a planned coup.

According to Saudi media and the government’s anti-corruption body, the arrests followed criminal investigations during which 674 individuals were questioned. The total sum embezzled is over $100 million, making these latest cases much smaller in scale than those seen in late 2017, when more than 300 businessmen and princes were detained in the Riyadh Ritz-Carlton on corruption charges. Most of those individuals were subsequently released, but only after paying a reported total of $100 billion to make up for years of exploiting their positions.

According to Reuters, among those implicated in the latest announcement are eight officers from the Defense Ministry “suspected of bribery and money laundering in relation to government contracts during the years 2005-2015,” as well as twenty-nine Interior Ministry officials from the oil-rich Eastern Province. They include three colonels, a major-general, and a brigadier-general.

The end date of that investigation period is particularly noteworthy for two reasons: (1) before ascending to the throne, King Salman himself served as defense minister beginning in 2011, and (2) his favorite son, Muhammad bin Salman (aka MbS), has held the position since 2015. Now that he has become crown prince and the country’s de facto ruler, MbS leaves day-to-day running of the ministry to his deputy and younger full brother, Khalid bin Salman.

Traditionally, Saudi corruption—particularly in the defense sector—has been a top-down mechanism for enriching princes and winning multi-billion-dollar contracts. According to insiders, the commissions (bribes) offered by foreign contractors are treated as standard additional costs that are ultimately paid by the Saudi side rather than the contractor. This self-bribe is a given amount—a firm’s willingness to pay more does not alter who will be given the contract.

From a foreign defense supplier’s perspective, at least part of the commission’s purpose is to smooth the company’s operations while it fulfills the contract. The key is how (and how much) the corrupt minister or military commander in question allows the money to trickle down to the more junior-level officers who manage the contract at the working level. The name of Prince Sultan, King Salman’s elder brother who served as defense minister from 1963 until he died in 2011, is still synonymous with huge payoffs. Occasionally, a prince’s greed would become so egregious that he was removed from his post and sidelined. In all, the Defense Ministry, Interior Ministry (which mainly deals with security), and Saudi Arabian National Guard have spent billions on foreign-supplied equipment in recent decades.

MbS has condemned corruption during his tenure, but his actions against major culprits have concentrated on his princely rivals and, publicly at least, avoided targeting his perceived allies within the House of Saud. Earlier this month, he reportedly ordered authorities to detain or question several royal critics, including former crown prince Muhammad bin Nayef (aka MbN), who once led the Interior Ministry; MbN’s brother, Saud bin Nayef, who serves as governor of the Eastern Province; and Interior Minister Abdulaziz bin Saud, the governor’s son. Even if there is no link between those orders and the latest wave of arrests, both developments are additional moving parts in the already-convoluted machinery of Saudi royal politics, alongside family schisms, coup rumors, an oil price war with Russia, and the looming health crisis posed by the coronavirus, which may have reached the kingdom via its regional adversary, Iran.

The Other Global Power Shift