Back to Little England? 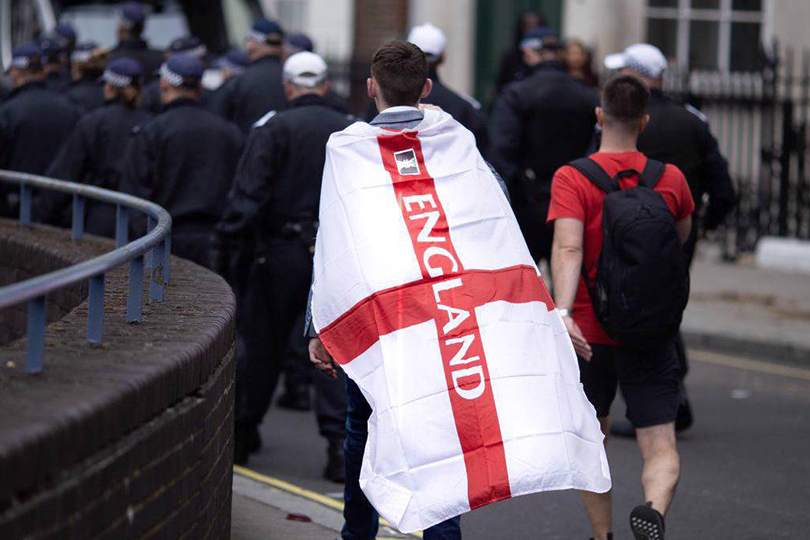 The United Kingdoms bid to withdraw from the European Union is typically characterized as a dramatic manifestation of British nationalism.

The United Kingdom's bid to withdraw from the European Union is typically characterized as a dramatic manifestation of British nationalism. In fact, it has almost nothing to do with Britain, and everything to do with English national identity, which has been wandering in the wilderness ever since the fall of Pax Britannica.

Future historians may come to describe Brexit as the defining moment of a nationalist wave that swept away the postwar liberal international order. Yet their task will be complicated by the fact that Brexit is not, in fact, a manifestation of British nationalism. To the contrary, it is precisely the lack of a proper British nationalism that has pushed the United Kingdom to the brink of disintegration.

Over the centuries, Scottish, Welsh, and Irish national identities have developed as reactions against stifling English imperialism. Before creating an overseas empire – first in North America and the Caribbean, then in India and Southeast Asia – the English built a land empire, by expanding from the south of the British Isles to the northwest. Thus, while the “outer empire” allowed for the convergence of the UK’s different national identities around a common British identity, the “inner empire” was decidedly English.

Still, for centuries the British Empire generated wealth, supplied raw materials, and created globe-spanning professional opportunities for all inhabitants of the British Isles. Its “civilizing” mission created a sense of collective meaning, as well as a narrative of uninterrupted democratic and economic progress.

But the fusion of identities was always incomplete, not least in Ireland, where the fallout from independence still reverberates a century later, through the uncertainty generated by the Northern Irish “backstop.” Irish independence revealed the true colors of the “outer empire.” It, too, was always actually an English endeavor, with the Welsh, Scottish, and Irish serving as junior partners.

After all, both the inner and the outer empires had been built on the foundations of English common law, the English Parliament, and the English monarchy. London was the political capital and the main trading and financial hub, and English was the language spoken across dominions, colonies, and protectorates. Nowadays, the identifiers “British” and “English” are essentially interchangeable.

But once the empire dissolved, so, too, did the glue that had bound Britons together. Suddenly, the English were the only ones without a traditional national identity. As the de facto core of the two empires, the English had always suppressed expressions of ethnic English nationalism in the interest of unity and stability, and to avoid being perceived as oppressors.

Yet they remained what sociologist Krishan Kumar calls an “imperial people”: their national identity, such as it is, remains strongly linked to the missionary role of empire. In fact, during World War II, US President Franklin D. Roosevelt also saw that imperialism was innate to the British/English – and he didn’t mean it as a compliment. “The British would take land anywhere in the world, even if it were only a rock or a sand bar,” he told Winston Churchill. “You have 400 years of acquisitive instinct in your blood.”

Britain’s history of imperial glory has always contributed to its skepticism of the European project, because that past provides an unattainable benchmark for assessing the present. The same British exceptionalism that once justified imperial rule has been used to argue that the UK should not submit to “colonization” by a European (Franco-German) empire. From this standpoint, joining the European project was tantamount to abandoning Britain’s providential mission; only an extreme political act like Brexit can recover it.

But Brexit is not only about severing ties with the EU. It is also ostensibly about strengthening the domestic bonds among the inhabitants of the British Isles. At the center of Prime Minister Boris Johnson’s “Global Britain” strategy is the promise to restore the country’s past imperial glory through revived relationships with the former colonies of the Commonwealth. The ulterior motive, of course, is to re-instill a sense of self-importance in the English, by putting them back at the center of a common British project.

Yet English chauvinists do not seem to have realized that the demise of the British Empire – not to mention constitutional devolution – has allowed their fellow islanders both to strengthen their own national identities and carve out more autonomy for themselves. Moreover, the Scots, Welsh, and Irish have come to see EU membership as a safeguard against English political revanchism.

As in the past, imperialism aspires for unity, but comes with divisive side effects. Brexiteer fantasies of a Global Britain focus squarely on English national identity, while diluting those of the Scottish, Northern Irish, and Welsh, who would return to serving as junior partners in a far less magnificent and rewarding English project.

Although socioeconomic factors played some role in the outcome of the Brexit referendum, the geographic breakdown tells the real story. Excluding London, which is a bastion of multi-ethnic cosmopolitanism, 55% of voters in England supported leaving the EU, whereas 62% of Scots and 56% of the Northern Irish voted to remain. As Anthony Barnett of openDemocracy observed, it was “England’s Brexit.”

The risk now is that Brexit will trigger the political disintegration of the UK, as the other nations vie to remain in the EU. Secessionist ambitions are already simmering in Scotland and even in Wales, which supported “Leave” by 52%. And, given the complexities of the Irish border question, it is easy to imagine how Brexit could one day lead to Irish unification.

No one should be lured into thinking that Brexit is a credible reflection of resurgent British nationalism. Far from reviving Pax Britannica, it promises to sacrifice the UK in the name of an English Empire that will never amount to more than a fantastical aspiration.

* Edoardo Campanella is a Future of the World Fellow at the Center for the Governance of Change of IE University in Madrid.

The Death of Anglo-American Conservatism