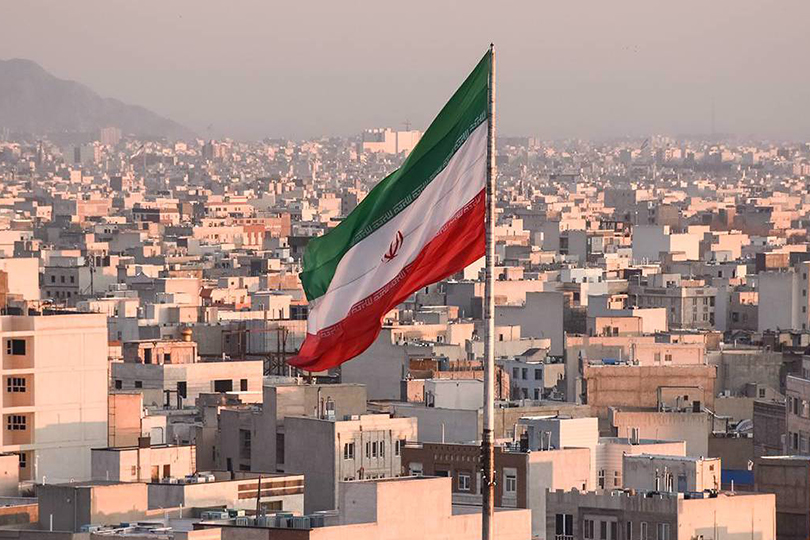 Rather than attempting to beat Iran into submission with escalating economic sanctions, the international community should be attempting to guide it toward greater openness...

Rather than attempting to beat Iran into submission with escalating economic sanctions, the international community should be attempting to guide it toward greater openness. Such an approach would improve the prospects of successful negotiations with the West, both before and after the 2020 US presidential election.

Since President Donald Trump withdrew the United States from the Iran nuclear agreement in May 2018 and re-imposed sanctions, Iran’s economic output has dropped significantly. Though economic collapse is not imminent, time is not on Iran’s side. With US politics in tumult, and a presidential election on the horizon, Iran’s leaders are now faced with the unenviable task of determining whether and how to engage with a Trump administration that, while hostile, needs a high-profile win.

As is often the case in foreign policy, Iran’s leadership is divided about the balance of costs and benefits of talking to Trump. Some may think it is worth waiting until after the 2020 US presidential election to return to the negotiating table, potentially across from a more predictable and less mercurial Democratic administration.

But if Trump wins the election, his position will be stronger than ever, making him much less open to concessions than he is now, when he has a personal interest in a tangible foreign-policy victory, or, more important, the appearance of one. Moreover, economic conditions in Iran may be dire a year from now, weakening its negotiating position further.

The current state of Iran’s economy is difficult to assess. Estimates of the cumulative output loss since sanctions were reintroduced range from 5% to 15%. While Iranians claim – with data to back them up – that growth has been positive since spring, outside observers are not convinced. The International Monetary Fund expects the economy to contract by a whopping 9.5% this year, on top of last year’s 4.9% decline, which Iran’s own data confirm.

Against this background, Iranian policymakers are locked in fierce debates about their long-term growth prospects and economic-development strategy. On one side are Iran’s hardliners, led by Supreme Leader Ayatollah Ali Khamenei, who want to restructure the economy, so that it can better withstand international isolation.1

Already, the hardliners point out, the economy is showing signs of recovery, even though oil exports are not. For starters, after plummeting 70% in 2018, Iran’s currency, the rial, has reclaimed one-third of its lost value and remains convertible enough to suggest that Iranian economic actors have not given up on it.

Recently published data also paint a favorable picture of employment. During the third quarter of 2019, a record 24.75 million Iranians were working, a 3.3% year-on-year increase; the economy added about 800,000 jobs, one-third of which were in manufacturing; and the unemployment rate stood at 10.5%, its lowest level in seven years.

These developments suggest that restrictions on oil exports may be forcing Iran to diversify its economy, a sort of Dutch disease in reverse. The country’s hardliners argue that US sanctions are galvanizing the “resistance economy,” which is less reliant on trade in general, and especially on trade with the West. This will, Iranian conservatives surely hope, prevent the “cultural invasion” that accompanies globalization.

But President Hassan Rouhani’s reform-minded, technocrat-dominated government has no interest in reversing three decades of efforts to curb the state’s dominance and open up the economy. They, along with many in the private sector, subscribe to the Western neoliberal idea that limited government and free enterprise offer the only viable path to prosperity.

Iran’s economic recovery, the technocrats and neoliberals argue, is temporary. With the government having to print money to fill the budget gap caused by the loss of oil revenues, the rial will, sooner or later, come under severe inflationary pressure. And the government’s capacity to fight inflation is severely limited, not least because a stronger currency would deplete the competitive advantage that caused the rebound in employment.

In any case, the reformist camp argues, the employment recovery is unlikely to survive more than a year or two under the current sanctions regime, which is depressing foreign investment and blocking Iran’s access to the technologies required for economic restructuring. In 2018-2019, fixed capital formation, which has historically averaged about 30% of the GDP, fell to 14% of GDP, barely enough to restore the existing capital stock.

Iran’s public sector, struggling to cover its current expenditures, is in no position to offset the loss of foreign investment. The private sector, for its part, faces a credit crunch, because Iran’s banks are now mostly insolvent.

For now, Iran is moving to expand its uranium-enrichment activities, in a sharp rebuke to an international community that abandoned it. Iran did not deserve punitive sanctions when Trump re-imposed them, because it had not violated the terms of the nuclear deal. By showing the world that it will not succumb, Iran hopes to end the current stalemate without conceding to US demands.

Iran is not the only party with a choice to make. Western leaders must now decide how to respond to its enrichment activities – which, to be sure, remain far below weapons-grade level. Ham-fisted sanctions regimes may cause Iran severe distress, but there are clear limits to their effectiveness. Moreover, they strengthen the position of Iran’s hardliners, and undermine its moderate reformists – a dynamic that compounds the risks that sanctions are supposed to mitigate.

Rather than simply ramping up sanctions further – say, by re-imposing United Nations penalties – the international community should take a more nuanced approach, guiding Iran toward greater openness rather than attempting to beat it into submission. Such an approach certainly would improve the prospect of successful negotiations, both before and after the US election.