The International Order After COVID-19 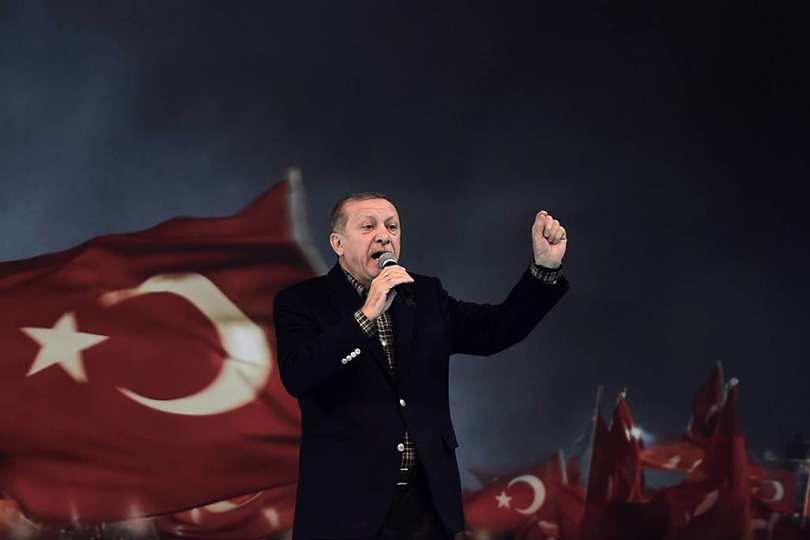 At first blush, the coronavirus pandemic seems likely to corroborate the argument for deeper international cooperation to confront shared global challenges. But crises tend to intensify and accelerate preexisting trends – in this case, the rise of anti-gl

At first blush, the coronavirus pandemic seems likely to corroborate the argument for deeper international cooperation to confront shared global challenges. But crises tend to intensify and accelerate preexisting trends – in this case, the rise of anti-globalist nativism.

Running parallel to the global battle against the coronavirus pandemic is a tug of war between two competing narratives about how the world ought to be governed. Although addressing the pandemic is more urgent, which narrative prevails will have equally far-reaching consequences.

The first narrative is straightforward: a global health crisis has further demonstrated the need for multilateralism and exposed the fallacy of go-it-alone nationalism or isolationism. The second narrative offers the counterview: globalization and open borders create vulnerabilities to viruses and other threats, and the current struggle for control of supply lines and life-saving equipment requires that each country first take care of its own. Those in the first camp regard the pandemic as proof that countries must come together to defeat common threats; those in the second see it as proof that countries are safer standing apart.

At first blush, COVID-19 seems likely to corroborate the argument for a more coordinated international approach. Given that the coronavirus does not stop at national borders, it stands to reason that the response should not be constrained by them either.

This makes perfect sense from a public-health perspective. If COVID-19 persists anywhere, it will remain an incipient threat everywhere, regardless of efforts to wall it off. The more widely that testing kits and, when discovered, treatments and vaccines, are distributed, the faster the pandemic will be vanquished. The more that scientific knowledge is shared, the faster those drugs will be developed. And, in the meantime, the more that governments coordinate on matters such as travel restrictions and social distancing, the smoother the exit from this crisis.

The pandemic also would seem to call for greater collective efforts to resolve deadly conflicts, and not only as a means of helping vulnerable local populations. Owing to the additional socioeconomic stress introduced by the pandemic, ongoing intra- or inter-state conflicts could lead to a further loss of governmental authority or even state collapse in countries already near the breaking point. Beyond the obvious human costs, this would create new and growing pockets where COVID-19 could spread unchecked; larger migration flows over less regulated borders; and greater opportunities for violent non-state actors to exploit the chaos, take root, and expand.

Finally, there is a clear economic rationale for pursuing international cooperation. By helping the hardest-hit countries, all countries can soften the blow they will experience from the looming global meltdown.

Yet the pandemic also strengthens the pull of the rival view. Crises tend to intensify and accelerate preexisting trends – and severe crises all the more so. The COVID-19 pandemic has coincided with a period of mounting populist and nativist resistance to globalism and the post-war international order, fueled by inequities both within and between countries.

The global economic system that emerged following the end of the Cold War has benefited the few at the expense of the many, its detractors say, not without reason. Similarly, the United Nations has come to seem like a relic, favoring victors of a long-ago war, reflecting obsolete power relations, and denying a sufficient voice to countries of the global south, many of which had yet to achieve independence by the time the UN was founded in 1945. In parallel, and especially since the 2008 global financial crisis, socio-economic discontent has given rise to various forms of populism, nativism, and authoritarianism in countries ranging from Russia, Turkey, and Hungary to Brazil, Israel, and the United States.

These dynamics could well be strengthened by the COVID-19 crisis. One vision of the future looks like this: In the coming months and years, dire domestic needs will make international solidarity seem like an unaffordable luxury. As national economies contract, resources will shrink, and governments will struggle to provide for their own populations. Political leaders will find it exceedingly difficult to justify allocating funds to foreign development assistance, international health and relief organizations, refugees, or diplomatic initiatives. Mounting discontent at home will translate into even greater anger and disillusionment toward the international system.

Moreover, any remaining US claim to global leadership will have been battered, owing to the Trump administration’s mishandling of the pandemic, the sense that it was unable to care for its own, let alone others, and the perception that it withdrew into itself when the chips were down. China, buoyed by its camera-friendly demonstrations of generosity at the height of the crisis, might step up to fill the leadership vacuum. But it also could find itself weighed down by its own botched handling of the outbreak, and by the domestic political implications of a profound economic contraction.

Regardless of who (if anybody) emerges on top, it is hard to believe that the socioeconomic despair caused by the pandemic will not prepare the ground for an even stronger nativist and xenophobic surge. In many countries, the scapegoating of foreigners and minorities has already begun.