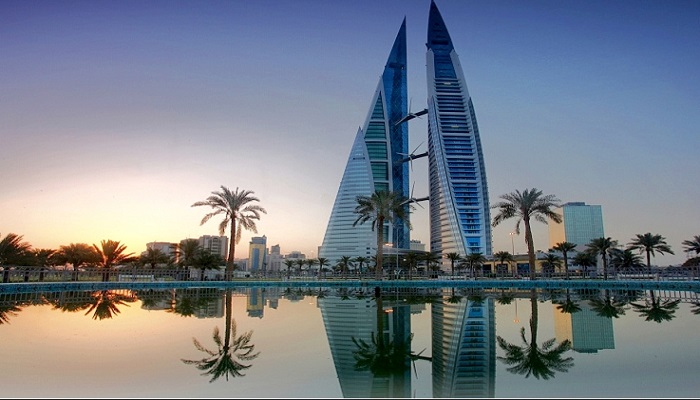 New demonstrations, executions, and diplomatic quarrels threaten to undermine the island’s efforts to improve its pro-Western profile amid the Iran crisis.

After the kudos of hosting a major economic and peace conference last month, Bahrain, the principal base for U.S. and British naval forces coping with the Iranian threat, is now being criticized for executing Shia activists convicted of terrorist offenses. In June, the world’s attention was focused on Manama as leading officials gathered at the U.S.-organized “Peace to Prosperity” workshop to hear ideas on developing the Palestinian economy. A tangential highlight was the widely circulated video of U.S. envoy Jason Greenblatt attending a prayer meeting in the island’s lone synagogue along with visiting Israeli journalists. Then, in mid-July, Bahraini foreign minister Khalid bin Ahmed al-Khalifa attended an interfaith conference at the State Department in Washington, where he had his photo taken with his Israeli counterpart Israel Katz.

Bahrain’s pro-Western profile has also been enhanced as naval tensions with Iran increased in recent weeks. The island hosts the U.S. NAVCENT headquarters and the Fifth Fleet, as well as a permanent contingent of four British minesweepers and a frigate. Both navies enjoy the warm hospitality offered by Bahrain, and their presence has not been politically contentious.

On July 26, however, a demonstration took place outside the Bahraini embassy in London to protest the impending execution of two Shia who had been found guilty of killing police officers and committing other terrorist offenses in January 2018. One protestor climbed onto the embassy’s roof from a nearby building and began shouting slogans. When Bahraini diplomatic staff were seen tackling him, British police intervened to detain the man, breaking down the door of the embassy in the process.

The next day, the Shia convicts were executed by firing squad. (A third unidentified man, found guilty of murdering a Sunni preacher in an apparently non-terrorist act, was executed at the same time.) Human rights groups argue that the Shia were tortured and forced to sign confessions. Bahrain denies this.

The incident has sparked a war of words, with the Bahraini embassy in Washington issuing a statement on July 26 that attempted to justify the execution by noting that capital punishment is permitted in the United States—probably a reference to the Trump administration’s decision to lift the U.S. ban on federal executions the previous day. In London, the British minister with responsibility for human rights, Tariq Ahmad, rejected such justifications via a statement posted on the Foreign Office website: “The UK remains firmly opposed to the death penalty. We express deep concern and regret that these executions were carried out. The Bahraini authorities remain fully aware of the UK’s position. We will continue to engage with Bahrain on this issue bilaterally and at the UN Human Rights Council.” An Iranian Foreign Ministry spokesperson condemned the execution as well—little surprise given Tehran’s proven support for militancy among its Shia co-religionists across the Persian Gulf.

Meanwhile, London’s embassy in Bahrain warned British citizens that “there have been calls for unauthorised protests on 28 July with potentially more in coming days,” advising them to “remain vigilant and follow the advice of the local authorities.” A man died in one such demonstration, apparently from tear gas inhalation. That protest occurred in the Bilad al-Qadim area of the capital, close to the U.S. embassy, though American officials have not raised their travel advisory level. Other demonstrations, tire burnings, and clashes with security forces have been reported elsewhere on the island.

The timing of the executions adds an unpredictable ingredient to the current regional tensions, already enlivened by Iranian actions against shipping and indications that the United States may no longer be willing to act as the ultimate guarantor of Gulf security. Although Bahrain wants a higher international profile, many are concerned about its repeated failure to bring Shia citizens fully into society, with the result that some frustrated youths look instead to Iranian-supported militancy.