Overcoming the Politics of Pessimism 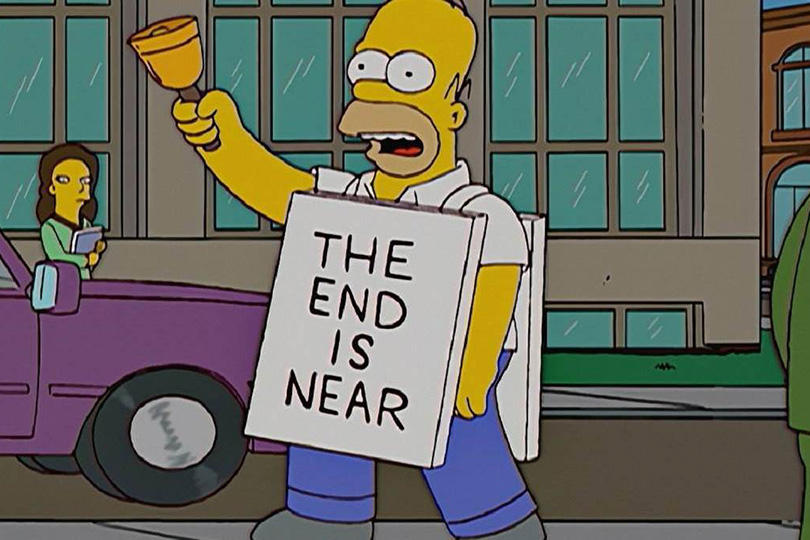 Inspiring and reassuring voters is a political challenge, not a technocratic one. But it also requires ambitious policy solutions to help governments increase the economic pie faster and share it more fairly.

A big reason why Western politics is in such disarray is voters’ pessimism about the future. According to the Pew Research Center, 60% of Westerners believe today’s children will be “worse off financially than their parents,” while most Europeans think the next generation will have a worse life. To paraphrase the philosopher Thomas Hobbes, they expect youngsters’ lives to be solitary, poor, nasty, brutish – and long.

Pessimism afflicts those who have lost out economically, as well as those who worry that they (or their communities) may be next. It affects young people anxious about their prospects and older people nostalgic for their youth. And it encompasses both economic fears that robots, Chinese workers, and immigrants are threatening people’s livelihoods, and cultural fears that white Westerners are losing their privileged status both locally and globally.

When people doubt that progress is possible, they tend to fear change of any kind. Rather than focusing on opportunities, they see threats everywhere and hold on tighter to what they have. Distributional cleavages come to the fore – toxically so when overlaid with identity clashes. Western politics can become rosier again, but only if politicians first address the root causes of the gloom.

Today’s naysayers come in three shades. Accepting pessimists – often center-right voters who are doing fine but are worried about the future – believe that shaking up the system is impossible or undesirable, so they grudgingly accept their country’s diminished prospects. Politicians of this type seem content, in effect, to manage a relatively comfortable decline.

Anxious pessimists, often on the center left, are glummer about the future, but seem content merely to soften its hardest edges. They want to invest a bit more, and to distribute more equitably the meager proceeds of weak growth. But they are also increasingly fearful of technological change and globalization, and thus seek to limit their pace and scope. The goal of center-left politicians of this kind seems to be to make an uncomfortable decline more tolerable.

Finally, angry pessimists – often populists and their supporters – think economies are rigged, politicians corrupt, and outsiders dangerous. They have no desire to manage decline; they want to destroy the status quo. And they may pursue lose-lose outcomes simply so that others will suffer.

What these groups have in common is a dearth of viable solutions. Both accepting and anxious pessimists focus so much on the risks and difficulties of change that they ignore the pitfalls of inaction – not least the rise of populism – while angry pessimists assume that they can smash the system while maintaining its benefits. Western societies, for all their flaws, provide unrivaled prosperity, security, and freedom. Authoritarian nationalism and economic populism endanger that.

While the West’s relative decline is almost inevitable, its economic dysfunction is not. Yet pessimism can be self-fulfilling. Why undertake difficult reforms if a dark future seems preordained? As a result, accepting and anxious pessimists tend to elect governments that duck difficult decisions (witness Germany’s grand coalition), while angry pessimists make matters worse (by voting for Donald Trump’s “America First” agenda or for Brexit, for example).

It doesn’t have to be this way. As French President Emmanuel Macron has demonstrated, bold leaders can succeed with a message of hope, openness, and inclusion, and by promoting a vision of progress based on credible reforms. In my book European Spring, I set out a blueprint for economic and political change in Europe, much of which could apply to other overly-pessimistic countries – notably the United States.

Inspiring and reassuring voters is a political challenge, not a technocratic one. But it also requires ambitious policies to expand the economic pie faster and share it more fairly. Three big changes would help.

Second, to spur value creation, authorities must crack down on value extraction. Easing restrictions on development would curb property speculation and allow cities to grow, create more jobs, and increase the supply of affordable housing. Financial reforms, including scrapping the tax subsidy for debt, would encourage equity investments in the real economy. Tougher competition policy and streamlined business-formation processes would slash monopoly profits and empower start-ups.

Third, governments must bolster both opportunity and security. To embrace change and take risks, everyone needs flexible skills, a decent income, and a reliable safety net. As in Estonia, every child should learn computer programming. Improved access to higher education would broaden horizons, inoculate against populism, and boost incomes. Lifelong learning should become the rule, as it is in Denmark.

Real wages need to rise. Countries could emulate Britain in increasing the minimum wage, or provide bigger tax credits to low-paid workers. Taxes on labor could be cut by taxing land values. And a modernized welfare state needs to offer greater security for the self-employed.

A capital grant of some 10,000 euros, dollars, or pounds – funded by a tax on lifetime bequests, or a progressive expenditure tax – would give every young person a stake in society, a buffer against misfortune, and the means to invest in their future. As in Sweden, state pensions should adjust automatically with the size of the workforce, encouraging immigration.

Better economic policies cannot cure all social or cultural ills. But they can help the West escape its pernicious pessimism, and make possible a politics of liberal and progressive optimism.

* Philippe Legrain, a former economic adviser to the president of the European Commission, is a visiting senior fellow at the London School of Economics’ European Institute.